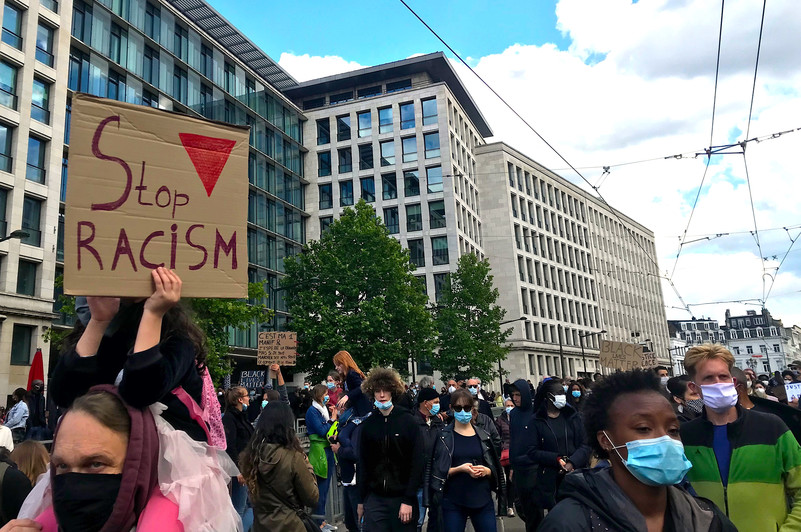 The just-released survey is patchy, incomplete and long-overdue. Some of its methodology is also confusing and complicated.

But the findings are an important, albeit very tiny, step forward in the tortuous struggle to drag EU institutions — kicking, screaming and squirming — into the 21st Century.

Only 22 percent (or about 10,000 people) working at the Commission, EU executive agencies and the European External Action Service participated in the voluntary poll.

Despite the interesting data therefore the results do not provide a full picture of commission staff or of their work environment. Those working at the EU Council of Ministers and the European Parliament — which also make up “Brussels So White” — are not included.

And intriguingly, it has taken the EU executive more than a year to process, assess and release the findings.

The ethnic minority category is defined by self-identification, with no precise definition. Respondents also include those who declare a “regional identity”.

Instead of focusing, as per usual, on diversity as defined solely in terms of gender and geography, the survey also covers discrimination based on racial or ethnic origin, religion or belief, disability, age and sexual orientation.

The feeling of inclusion is high overall, with 72 percent of respondents saying they feel “personally respected, valued and have the same opportunities as others, irrespective of personal characteristics” at work.

The institutions are viewed as relatively good at promoting gender balance in management and being inclusive of LGTBIQ staff.

Working for the EU institutions is no walk in the park for people of colour or with disability, with almost 60 percent of respondents from both categories saying they have observed or experienced discrimination.

Less than 30 percent of all respondents consider their organisation diverse in terms of the presence of people from an ethnic minority background or with a disability.

And staff members who self-identify as having ethnic minority backgrounds are particularly harsh regarding the racial or ethnic diversity within their organisation: 64 percent disagree that their workplace is diverse.

Work done to promote the diversity of ethnic and racial origin of staff is considered insufficient, with 55 percent of ethnic minority respondents expressing dissatisfaction.

Not surprisingly, therefore, almost a quarter of them say they have refrained from applying for a career opportunity, a situation similar to persons with disabilities.

More than a third of respondents say they would not report discrimination (for fear of negative consequences or because they think that no action will be taken). Another 23 percent would not know how to report.

For all its limitations, the survey represents modest progress for EU institutions which have traditionally rejected allegations of racism and insisted they are “colour blind”.

Diversité Europe, the European Commission’s first-ever staff association representing people of colour, say such surveys should become a regular exercise to provide much-needed data and to monitor progress on diversity and inclusion of staff from ethnic and religious minorities.

Expect no quick change in ‘#Brussels So White’, however.

The Commission’s DG for Human Resources is expected to use the data to update its diversity and inclusion action plan in the coming months.

EU Commissioners Helena Dalli and Johannes Hahn as well as Josep Borrell, the EU high representative for foreign and security policy, are cautious in committing to any rapid response.

All three have said they will “look into” improving the EU’s attractiveness as an employer for people from an ethnic minority background.

The survey is a follow-up to the release in September 2020 of the European Commission’s Anti-Racist Action Plan which also promised efforts to diversify EU staff.

Despite the public declarations, however, the EU executive has a history of treading carefully in walking its anti-discrimination talk.