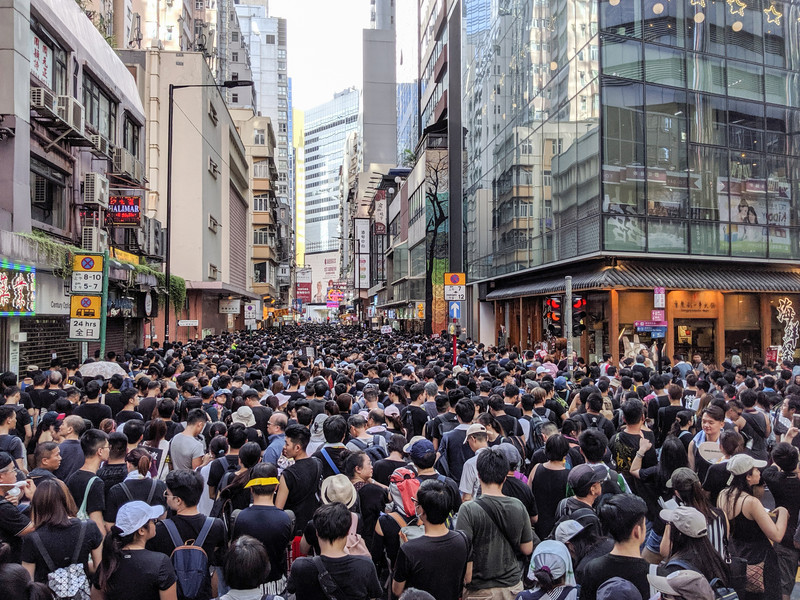 On Sunday (8 May), a band of hand-picked Beijing loyalists coronated Chinese mainland marionette, John Lee, as Hong Kong’s next chief executive in a one-horse race for the city’s top job.

Chosen by the Election Committee, a 1,462-strong body of communist party “patriots” — who were, incidentally, vetted and approved last year by then-chief secretary Lee as part of Beijing’s overhaul of Hong Kong’s electoral system — this leadership selection serves only to lend a veneer of local legitimacy to Beijing’s designated lackey.

The appointment of Lee comes as no surprise. A career cop and former security chief prior to his promotion as Hong Kong’s second-in-command last June, Lee was instrumental in spearheading Hong Kong’s national security crackdown in response to the city’s widespread pro-democracy movement in 2019.

As the city’s security tsar, Lee oversaw a rise in police brutality, including evidence of torture and mistreatment of protesters, as well as the arrests of more than 100 activists, including 47 of Hong Kong’s most prominent politicians and pro-democracy figures.

Civil society groups, too, have suffered the wrath of the Lee-led security crackdown.

Since the draconian national security law was imposed by Beijing in 2020, more than 50 organisations, including trade unions and rights defenders, have been forcefully dismantled or disbanded in fear of regime reprisals.

And in one of his lasting, most malign acts as security secretary, Lee directed and later defended police raids on the now-defunct independent newspaper, Apple Daily, which led to the arrests of several of the outlet’s senior executives and editors.

The attack on Hong Kong’s largest pro-democracy paper set a dangerous precedent for the shuttering of other independent publications, including Stand News and Citizen News, and irrevocably damaged Hong Kong’s press freedoms.

As analysts have noted, though the Hong Kong regime has crushed much of the territory’s pro-democracy ambitions, the totalitarian securitisation of the region remains Beijing’s paramount concern.

Lee has also pledged to enact Hong Kong’s own national security law as a priority.

This fanatical obsession with security — or rather, eradicating any remaining vestiges of dissent — comes despite the city still reeling from one of the world’s worst man-made Covid-19 crises.

With Lee’s appointment as Hong Kong’s next chief executive all but confirmed, the fate of the city’s dwindling democratic values appears bleaker than ever. Therefore, it is of renewed and utmost importance that here in the European Union, we continue to confront the CCP’s systematic abuses and steadfastly defend Hongkongers’ fundamental freedoms through concrete and concerted action.

Whilst the European Parliament has been a staunch supporter of Hongkongers — passing a number of resolutions calling for targeted sanctions, lifeboat schemes, an end to extradition arrangements and a diplomatic boycott of the Beijing Winter Olympics — the EU Council and the EU Commission have continued to lag far behind.

Despite the council agreeing a series of measures in response to the national security law as far back as July 2020, including facilitating the migration and asylum of vulnerable Hongkongers and the suspension of remaining extradition treaties with China and Hong Kong placing activists at risk, this inertia persists, as the bloc has still yet to fully implement these basic measures.

Meanwhile, across the Atlantic, the US has repeatedly sanctioned Hong Kong and Chinese officials, including Lee, guilty of gross human rights violations and the degradation of the city’s enshrined freedoms, whilst the EU has consistently hesitated to take similar measures.

Instead, officials have opted for mere expressions of concern that have long since ceased to have any moderating effect in Beijing or Hong Kong.

If the EU is serious about its commitment to democratic values and human rights in Hong Kong, then it must stand by these principles when the going gets tough. With John Lee at the helm, the EU must leverage all diplomatic and informal channels to put pressure on Hong Kong and Chinese officials regarding their norm-breaking behaviours.

To this end, Lee must be added to the EU’s global human rights sanctions list, while the EU must also take into account the deteriorating state of Hong Kong’s human rights if negotiations on the currently frozen EU-China Comprehensive Agreement on Investment are to be resumed.