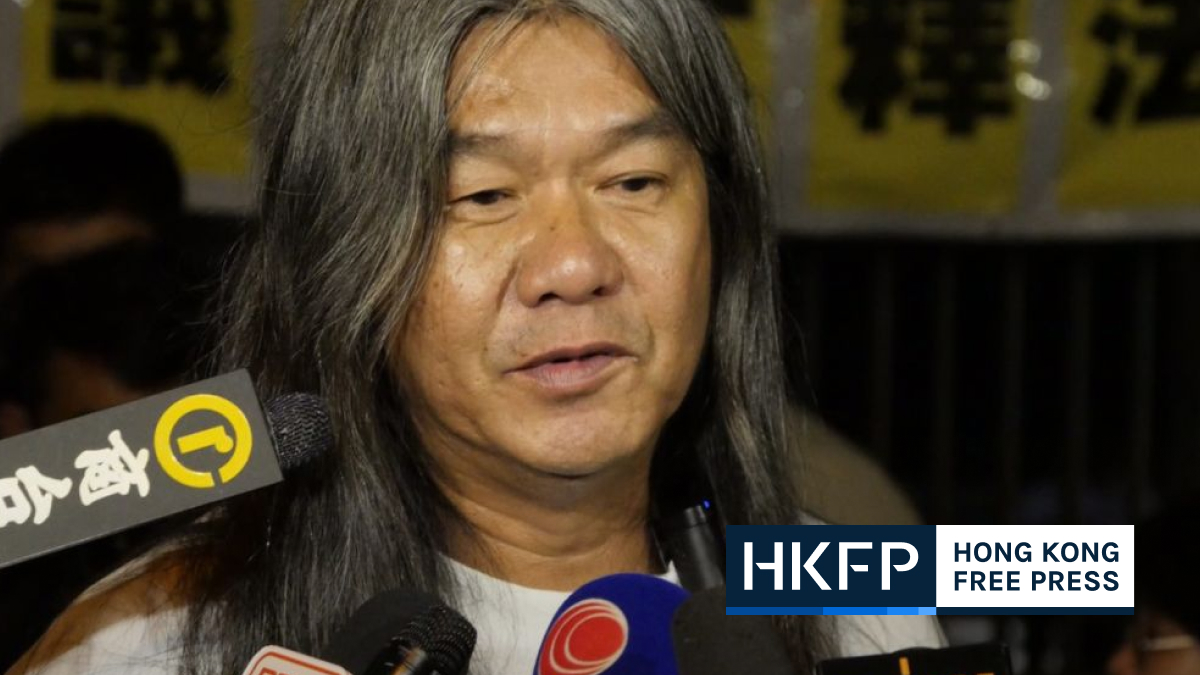 Imprisoned veteran activist “Long Hair” Leung Kwok-hung is in stable health and has not contracted Covid, according to his wife Chan Po-ying.

She was responding on Thursday to rumours that the condition of the 66-year-old had worsened rapidly after a Covid infection and that he had been making frequent trips to hospital.

Chan told HKFP that Leung’s trips were for regular check-ups only, adding his health is in a stable condition and he did not have Covid. Leung has heart disease.

There were also concerns over his state of mind in jail. Chan responded that it was normal to have emotional upheavals in prison and she visited her husband on a regular basis.

The former League of Social Democrats lawmaker is serving a 23-month prison term over protest-related charges. He is also one of the 47 democrats facing national security law charge relating to his participation in a primary poll for a postponed Legislative Council election in 2020.

Most of the 47 have been held in custody since February last year and no date has been set for their trial. The offence is punishable by a maximum sentence of life imprisonment.