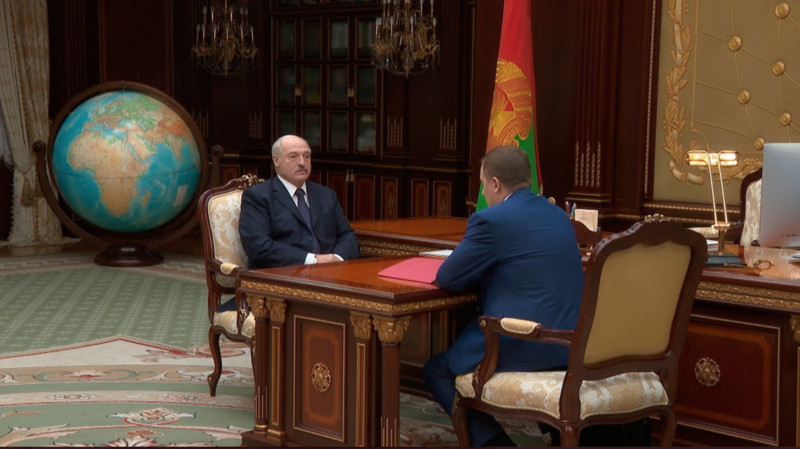 The Lukashenko’s regime’s instrumental role in Russian military aggression against Ukraine has raised doubts about whether Belarus can be considered a sovereign state at all.

With the degradation of Belarusian sovereignty, will the EU accept being just a silent witness? And will Belarus no longer be viewed as distinct from Russia?

Such an approach would be in total contrast with the EU’s promise to be on the side of the people of Belarus made in the aftermath of the 2020 presidential election marked by falsification and unprecedented violence against peaceful protesters.

After the start of Russian aggression against Ukraine, the EU put Belarusians in the same basket with Russians. The Czech Republic decided to stop issuing visas to Belarusians.

Tartu University announced that it would not enrol students from Belarus next year in solidarity with Ukraine.

These are just some specific cases of discrimination, on the basis of one’s passport, faced by Belarusians in the EU.

Without doubt, the inhumane actions of the Russian army and Lukashenko’s regime’s involvement in those atrocities deserve only contempt and sanctions. Belarusian population despises them as well.

According to a Chatham House opinion poll from March 2022, 97 percent of Belarusians oppose the potential involvement of Belarusian troops in the war against Ukraine on the side of Russia, around 70 percent are against shelling Ukraine from the Belarusian territory.

More than 18 months since the contested presidential elections of August 2020, Belarus remains in a state of deep political crisis, rooted in Lukashenko’s illegal grip on power.

Notwithstanding the growing totalitarian tendencies of his regime, with the start of Russia’s invasion of Ukraine, the Belarusian anti-government movement has transformed itself with anti-war actions.

The Belarusian people gathered on the referendum day, 27 February, to express their condemnation of Russia’s invasion.

Ukrainian flags and the “Glory to Ukraine” chants could be heard in the streets of Minsk. Hundreds were detained afterwards, many went through the same torture and humiliation that happened in 2020.

A man from Pinsk, who was detained at an anti-war protest, committed suicide after 15 days in detention.

According to the human rights centre Viasna, there are now more than 1,100 political prisoners in Belarus. Detentions, beating, and apartment searches have become the Belarusian reality for the past year and a half.

The “widespread and systematic torture” of Belarusian political prisoners and degrading videos with confessions and excuses are only reminiscent of Kadyrov’s Chechnya or infamous Donbas’ prison Izolyatsiya.

Thousands had to flee the country. Lukashenka’s regime called them traitors and threatened to reach them abroad, including by judgements in-absentia.

With the start of Russia’s invasion of Ukraine, many EU countries seem to be tightening in their policies towards the Belarusian people.

However, abandoning them to the Kremlin only nurtures Russia’s imperial thinking — which does not differentiate Russia from its neighbours.

The Belarusians made their choice for democracy in 2020 and have given their support for Ukraine in Russia’s war.

Numerous cyberattacks disrupting the railway services, Belarusians railway workers’ resistance, small-scale actions and protests are part of it. Hundreds of Belarusians formed the Kastus Kalinouski “battalion” and the Pahonya regiment, fighting on the side of Ukraine in such places as Odessa and Irpen.

The Belarusian army itself is widely-rumoured to be unmotivated to fight against Ukraine. Many Belarusians have stayed in Ukraine to help on the ground.

The Belarusian diaspora is supporting the Ukrainian army with donations and welcomes Ukrainian refugees in the EU.

A number of Belarusian initiatives that emerged in 2020 such as BYSOL, Partyzanka, and Center for Belarusian Solidarity are now helping Ukraine by collecting humanitarian aid, purchasing bulletproof vests, medicines, and assisting with evacuations.

All this support is happening against the backdrop of Belarus being de facto occupied by Russia.

Even if this qualification is disputable from a legal perspective, there is no other way to call the situation when tanks under Russian flags drive through the streets of the second biggest Belarusian city Homel.

They lived for 28 years under an extremely repressive regime that was allegedly involved in extra-judicial killings of political opponents.

No one except for Belarusians themselves can make their country free.

And their freedom and democracy are part of the deimperialisation that Russia needs.

While maintaining pressure on Lukashenka’s regime, a tailored approach and policy differentiating Belarus from Russia is vital for this process to happen in the future. By continuing its support to the Belarusian people, the EU can contribute to this now.