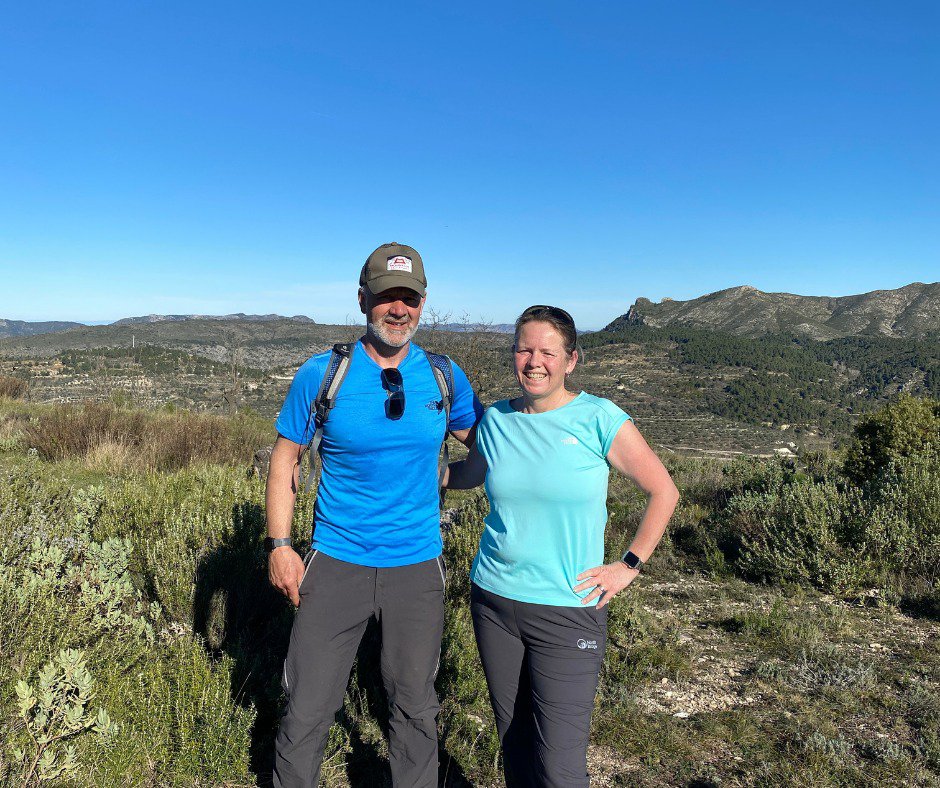 When Judith Howard, 72, decided she wanted to go travelling on her own in 2018, she typed into Google: “old person’s gap year”.

“Almost nothing came up,” she says. “There was one company that only offered trips for 18 to 25-year-olds. I thought, ‘nothing’s going to come from this’.

“But then I contacted another company and they said, ‘We don’t have an age limit at all!’”

Judith settled on a five-week expedition in Sri Lanka, which she went on before the pandemic. She has now planned another to Mexico for January 2023.

“While I was a little nervous travelling, overall, I was just so excited. I just kept thinking, why don’t more older people do this?”

It is a great question. The traditional gap year rose to prominence in the 70s and 80s as an extended break for young people either just before or just after university.

This premise was not considered an option for earlier generations.

Yet, as baby boomers saw their children leave home and looked forward to retirement, some, such as Judith, began to think about taking a late-life gap year and taking the chance to explore the world for more than a week or two at a time.

This trend has been dubbed the “silver” or “golden” gap year – often an extended break as opposed to a full year.
Nearly a quarter of retirees had taken a year to go travelling in their retirement or would consider doing so, according to 2019 research from retirement accommodation provider Inspired Villages.

Meanwhile, 38 per cent of over-50s said they planned to travel more in 2022 than they did in 2019, according to a poll by travel insurer AllClear.

Despite this, many gap-year travel companies still focus only on people under 30. One company says it is a “youth organisation”, despite promoting “gap years for grown-ups”.

Yet some operators have recognised that there is a burgeoning market for more mature customers.

Greg Thomson, chief executive of Projects Abroad, which arranges volunteering positions for travellers in projects across the globe, says: “The proportion of over-50s joining our volunteer projects has increased over the past 10 years.

“In 2012, we had no one over the age of 50. This year, seven per cent of our volunteers are over 50 – although proportionally this is still a small amount, it is an area of growth.”

Projects Abroad offers placements for a minimum of two weeks, such as doing conservation work in Cambodia or Ecuador, which start at £1,295 (without flights).

Thomson explains the benefit of booking a gap year volunteering project through a travel provider, rather than independently. “The participant will be with other travellers, will be supported from application all the way through to departure, and most importantly, be part of ongoing development work overseen by us.”

However, some find that travelling independently allows them to map out memorable experiences. Izzy and Phil Kelly, aged 54 and 51, are among them.

Together they run The Gap Decaders website. In 2018 they sold up their home in Wiltshire, bought a motorhome and travelled through France, Portugal and Spain for the year. They’ve now clocked up more than 30,000 miles across 28 countries.

“It took a lot of organisation and a while to settle into the rhythm of life on the road,” say the Kellys.

“Things got hard when the weather changed, but we met more people on the road in that first year than we ever had done in our small Wiltshire village. And we made friends for life. We relaxed, got fit, laughed a lot, hiked the Pyrenees and kayaked more rivers in France than I can remember.”

The couple have a few tips for people planning their own golden gap year: “Budget carefully – things are always more expensive than you think.

“It helps to plan to learn a new skill, sport or hobby as things can feel a bit aimless without it.”

And finally, a word of warning: “If you’re planning a gap year as a couple, you need to be in a solid relationship – you’ll be spending a lot of time together!”

“Grown-up gap years” on a budget

Khmer Cultural Project in Cambodia: Take cooking classes, learn basic Khmer, and discover the history of the Angkor Wat temples, while teaching English or working on a farm. From £1,570 for two weeks (£295 a week for extra weeks), excluding flights, through Projects Abroad (projects-abroad.co.uk). Check tourist rules.

Flexible bus travel in New Zealand: Join a hop-on, hop-off tour with a Gap 360 Kiwi Discovery pass. Complete the circuit in just 30 days or stretch it out over a few months. Tongariro National Park and Milford Sound are among the highlights. From £579, flights and accommodation extra (gap360.com). Check entry and visa rules.

Workaway: As recommended by Izzy and Phil Kelly, this Airbnb-style site matches travellers up with work opportunities across the globe, which pay in food and accommodation. You could, for example, join an eco-art collective in Normandy. You’ll need to pay for your flight or train fare, and review entry and visa requirements. Free, through Workaway (workaway.info).