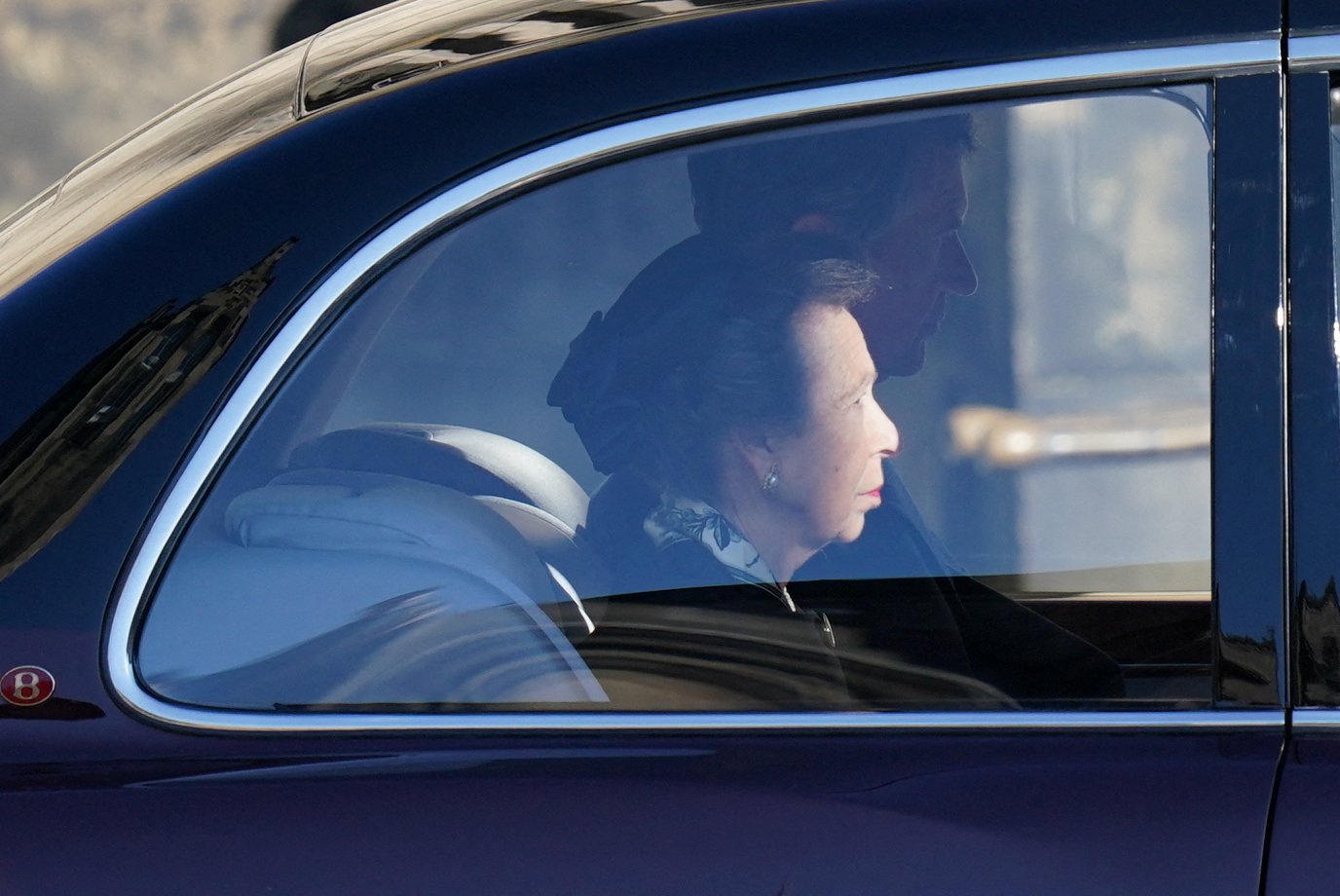 The Queen’s coffin is being transported to London today to continue the preparations for her state funeral at Westminster Abbey.

Her body was transported from Balmoral to Edinburgh over the weekend, as per Operation Unicorn, the contingency plan which came into effect after Elizabeth II died at her Scottish residence.

Elizabeth II’s funeral is taking place on 19 September, after she lies in state from Wednesday until Monday morning – here’s how she’s travelling down today.

Who is travelling with the Queen today?

Anne, the Princess Royal is accompanying the Queen’s coffin as it travels from St Giles’ Cathedral to Edinburgh Airport on Tuesday.

She will be joined by her husband Sir Timothy Laurence in a vehicle travelling with Elizabeth II’s hearse, and the pair will fly with the coffin to London.

They are flying in an RAF C-17 Globemaster aircraft which was used to evacuate thousands of people fleeing the Taliban in Kabul last summer.

The head of the RAF, Air Chief Marshal Sir Mike Wigston told Sky News that the late monarch will get a royal guard of honour from 96 Queen’s Colour Squadron gunners when the coffin is loaded on to the plane.

Upon arrival at RAF Northolt the squadron will give another guard of honour,  this time with the King’s colours on display too.

“Today is the day that we have long, long planned for but hoped would never come,” Sir Mike told BBC Breakfast.

“I’ll be part of the reception party at RAF Northolt to welcome Her Royal Highness the Princess Royal off the aircraft and then to be part of the royal salute as the coffin is moved into the hearse.”

Instead of travelling with the Princess Royal and the coffin, King Charles III has spent Tuesday in Northern Ireland, where he greeted well-wishers and praised the Queen as a “shining example.”

The King and the Queen Consort departed Belfast City Airport after their vist to return to London ahead of the arrival of the Queen’s coffin.

They will await its arrival at Buckingham Palace alongside other senior royals.

What is the Queen’s route?

The Queen’s coffin is being taken from St Giles’ Cathedral to Edinburgh airport at 5pm, with people expected to line the streets to catch a glimpse of it as it travels past Edinburgh Castle and along Queensferry Road.

At around 6pm the coffin will be flown in an RAF aircraft to RAF Northolt in west London, where it is expected to arrive by 7pm.

After touching down at RAF Northolt, the coffin will be driven to Buckingham Palace.

It will be taken up the A40 before reaching central London, where it will travel past Lancaster Gate, Marble Arch, down Park Lane and past Hyde Park Corner before arriving at the palace.

The full route will be:

Where will the coffin go next?

On Wednesday, King Charles will lead a procession behind the gun carriage carrying his mother’s coffin to Westminster Hall, where the Queen’s lying in state will begin before the state funeral on September 19.

It will last from 2.22pm until 3pm, and the Archbishop of Canterbury will conduct a short service following the coffin’s arrival.

Those wishing to pay their respect will be able to file solemnly past the Queen’s coffin 24 hours a day from 5pm on Wednesday September 14 until 6.30am on the day of the funeral – Monday September 19.

Senior royals are also expected to pay their own moving tribute, standing guard at some stage around the coffin – the tradition known as the Vigil of the Princes.

On the day of the funeral, there will be a national bank holiday to allow as many people as possible to watch the Queen being laid to rest.

Lying in state will continue until 6.30am, when the coffin will be taken in a grand military procession from the Palace of Westminster to Westminster Abbey for the state funeral.

Senior members of the family are expected to follow behind – just like they did for the funeral of Diana, Princess of Wales and the Duke of Edinburgh.

Heads of state, prime ministers and presidents, European royals and key figures from public life will be invited to gather in the abbey, which can hold a congregation of 2,000.