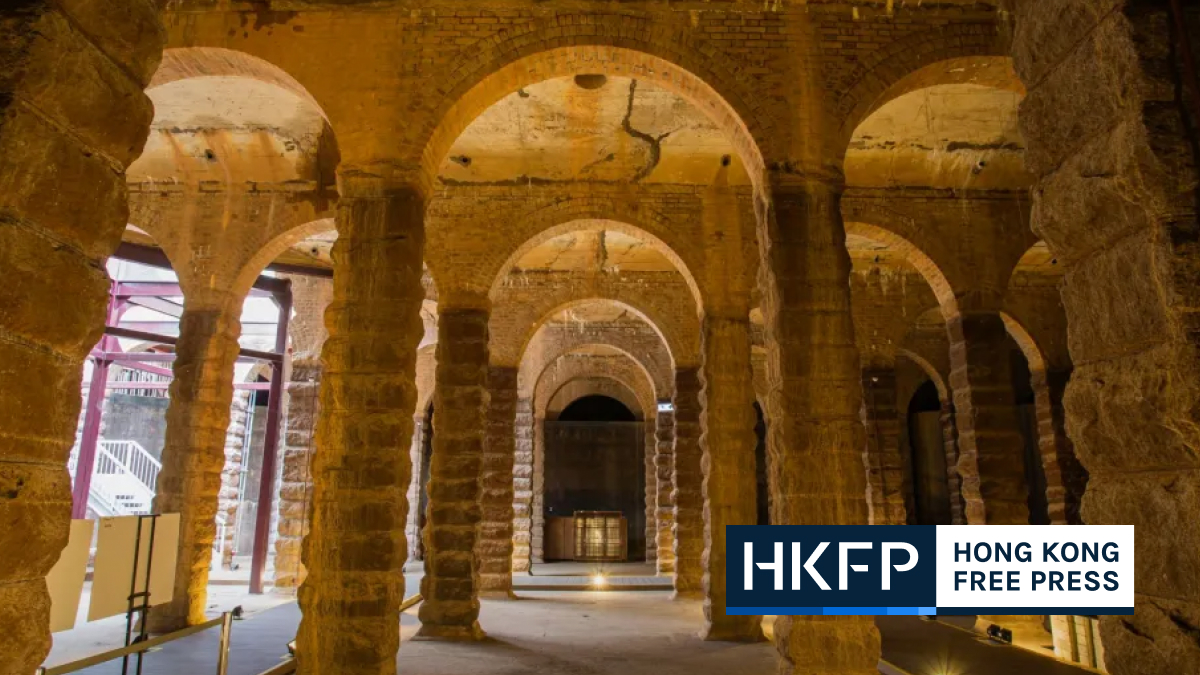 A century-old underground reservoir now preserved as a historic monument only just escaped demolition some two years ago when Hong Kong government workers told the Antiquities and Monuments Office it was merely a “water tank,” an official report has found.

The Water Supplies Department (WSD) had already knocked down the roof of the reservoir at Bishop’s Hill in Shek Kip Mei in December 2020, when stunning photographs showing its exposed brick and stone archways emerged online. The viral images sparked public fascination and calls to preserve the former Sham Shui Po Service Reservoir as a heritage site.

The city’s Antiquities Advisory Board in June last year rated the Romanesque structure as a Grade 1 historical building. The government arranged guided tours of the site until they were suspended due to Covid-19.

A Development Bureau report on the incident made public on Wednesday laid out communications failures between the Water Services Department (WSD) and the antiquities office that almost led to the demolition. Representatives from both departments had refused to apologise for the oversight when they were questioned by district councillors in February 2021.

The antiquities office did not typically regard water tanks as “buildings/structures” worthy of preservation. It also did not request further information from the water department after considering its report on the poor condition of the roof, which had been pierced by tree roots.

The water department also did not submit to the office a working drawing that showed the reservoir’s roof arches because there were no guidelines about the details that should be submitted when assessing a site’s heritage value.

The antiquities office should have “exercised extra vigilance” to avoid omitting potential heritage sites that initially appeared ordinary, the report said. “[H]ad both AMO and WSD walked an extra mile in seeking clarification /confirmation from each other in their communications, the decision to demolish could have been revisited in a timely manner,” the report said.

The report recommended revising a 2009 guideline to set more detailed requirements for assessing locations not currently on the list of heritage sites. Construction departments should also seek clearance from the antiquities office when seeking funds for pre-construction studies.

In the longer term, staff at the office and other departments should improve communication and staff awareness by holding regular joint seminars, take stock of old underground structures maintained by the water department and conduct studies on items or places not categorised as “buildings or structures” by the AMO.