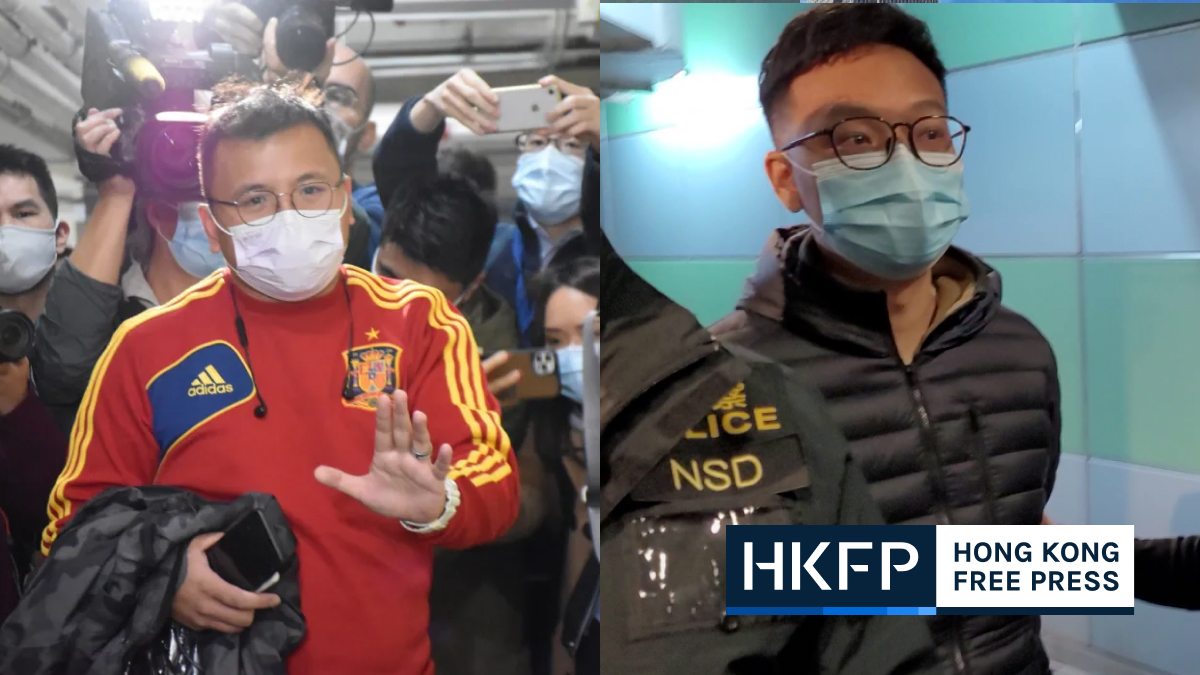 The head of a Hong Kong press group and editor at Stand News Ronson Chan has been released by police, hours after he was taken into police custody early on Wednesday for questioning. Six other current and former senior executives and directors of the non-profit online news outlet were arrested by national security police, as the newsroom was raided.

Police searched the deputy assignment editor’s residences in Sha Tin and Tai Po in the early hours of Wednesday morning and took him in to assist with investigations.

The newsroom in Kwun Tong was cordoned off and raided by about 200 officers.

The six senior staff and former board members were arrested in connection with allegedly breaching the colonial-era Crimes Ordinance by conspiring to publish seditious publications, according to police. They included former acting chief editor Patrick Lam, former editor-in-chief Chung Pui-kuen, along with Chow Tat-chi, former director and ex-chief editor of the science section, and former directors Margaret Ng, Denise Ho and Christine Fang.

Three other newsroom staffers, including a features editor Kenny Leung were also taken away for questioning, sources told HKFP.

Chan was not placed under arrest, and was released at about noon on Wednesday. He told reporters that police searched his flat for about an hour.

They confiscated his electronic devices including a computer, a watch, and a mobile phone, as well as his Stand News press card and a bank pocketbook from two of his residences, Chan said.

“I think the press card is for proving my identity, and the passbook is perhaps to prove my ties with the company. As a Stand News employee, I think it is reasonable that I received salary from it,” Chan said.

Shortly after noon, HKFP witnessed workers and police officers hauling dozens of boxes of materials taken from the newsroom onto a truck, including several iMac computers.

Lam, the acting chief editor standing in for Chung after the latter resigned in November, was seen taken away from the Stand News office and escorted by several officers onto a vehicle. He quit his post shortly after news broke about his arrest.

Ex-Apple Daily newspaper associate publisher Chan Pui-man, who is married to Chung, was arrested a second time whilst in custody on Wednesday, RTHK reported. She was first arrested under charges of conspiring to collude with foreign forces under the security law in June, along with five other top executives and writers from the paper. She was denied bail and has been in custody awaiting trial.

Shortly after his release, and after the police raid was over, Chan – as well as other Stand News staff – returned to the newsroom in Kwun Tong.

The Hong Kong Journalists Association (HKJA), of which Chan is chairperson, said it was “deeply concerned that the police have repeatedly arrested senior members of the media and searched the offices of news organizations containing large quantities of journalistic materials within a year. HKJA urges the government to protect press freedom in accordance with the Basic Law,” it said in a statement.

Speaking at the HKJA’s 53rd anniversary dinner gala on Tuesday evening, Chan mentioned the arrest of the Apple Daily newspaper executives and writers on national security charges last June, as well as other reporters who were investigated or arrested by police in the past year. It was a “turbulent time” for the city’s press, he said.

“Hong Kong needs both truth and reporters. No matter how difficult the road is ahead, HKJA will do our utmost to continue to stand [tall] and shoulder to shoulder, in the face of an uncertain future,” Chan said.

The three November feature stories about the prison programme and the Tai Tam Gap Correctional Institution are no longer accessible on their website. Third-party archives showed the pages were live as recently as midnight on Wednesday.

At the time of writing, the news outlet had yet to publish any articles since 7 a.m.