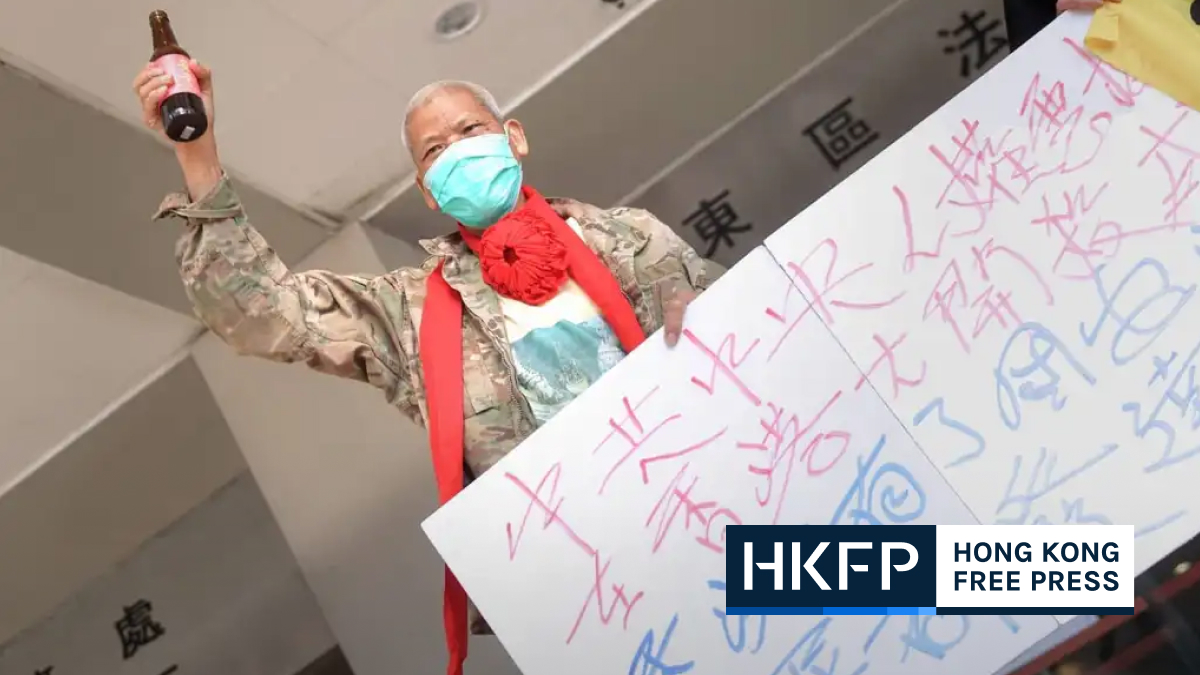 Appearing before Principal Magistrate Peter Law at West Kowloon Magistrates’ Court on Tuesday morning, the 75-year-old activist – who has been diagnosed with stage-four colon cancer – said “human rights above regime, people before country,” before pleading not guilty.

Koo was arrested by national security police on February 4, hours before a planned demonstration with the League of Social Democrats (LSD) against the Beijing Winter Olympics outside China’s Liaison Office.

Koo was charged under the colonial-era sedition law with attempting to commit a seditious act or acts. He has been remanded in custody since his arrest.

The sedition law outlaws incitement to violence, disaffection and other offences against the British Crown. It was last amended in the 1970s when Hong Kong was still under British rule, and falls under the city’s Crimes Ordinance.

It is different from the national security law, which was enacted by Beijing on June 30, 2020 targeting secession, subversion, collusion with foreign forces and terrorist acts. But Hong Kong’s top court ruled last December that sedition was tantamount to offences endangering national security.

Applause was briefly heard in the public gallery after Koo spoke. Law reminded members of the public not to clap.

As the hearing came to an end, Koo, who was wearing a yellow Protect Diaoyu Islands T-shirt, waved goodbye to around a dozen supporters, including LSD chairwoman Chan Po-ying, in the public gallery.

Koo has been jailed 11 times before, most recently for taking part in an unauthorised assembly and violating the anti-mask law during a demonstration in October 2019. He was released from prison last July.

Law scheduled Koo’s trial for June 6 to 10, with a pre-trial hearing to review documents, make sure the case is ready for trial and perhaps confirm how many witness will be called, scheduled for April 27. The prosecution is expected to call upon three police officers as witnesses.