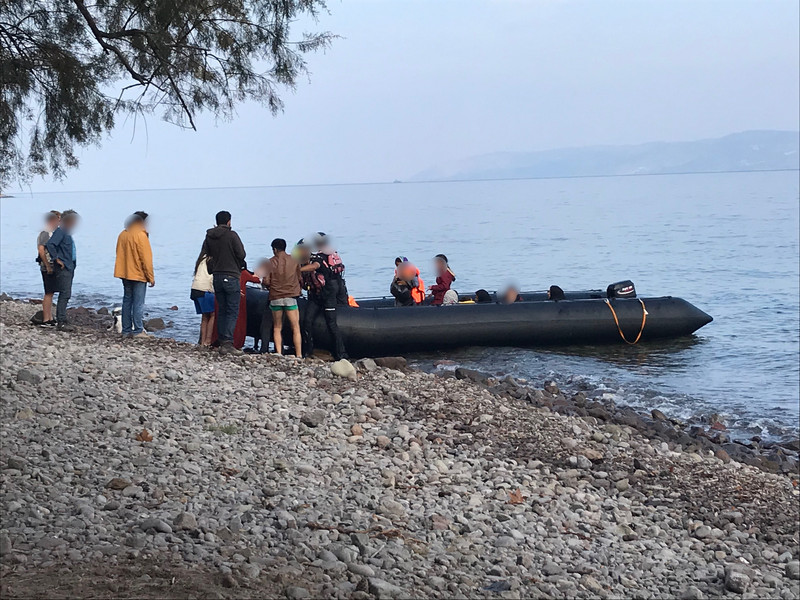 Back in 2008, when I wrote a 121-page report documenting that Greek border authorities were violently pushing back migrants and asylum seekers at its borders with Turkey, I thought such revelations would shock the Greek public and people throughout the European Union, and that such abuses would quickly come to an end.

Fourteen years later, the brutality has not abated, and has taken a turn that demonstrates even greater cowardice, callousness, and contempt for the rule of law on the part of Greece’s authorities.

I recently interviewed 26 Afghans, both victims and witnesses, who described how Greek police variously assaulted, robbed, and stripped them and others of their clothes; then took them to the banks of the Evros River in late 2021 and early 2022 where they handed them over to men wearing black or commando-like uniforms and balaclavas.

All reported that the Greek police were close by when the masked men beat them or loaded them onto small boats.

A 28-year-old former commander in the Afghan army who was pushed back from Greece to Turkey in late December, told me about a conversation he had in Pashto with the Pakistani man ferrying the boat that took him back to Turkey. “The boat driver said, ‘We are…here doing this work for three months and then they give us…a three-page document. With this [document], we can move freely inside Greece and then we can get a ticket for…or another country.”

The Greek police continue to carry out many abuses directly. Twenty-one of the 26 people we interviewed said police forced them to strip down to their undershorts.

None of those who were detained for brief periods before being forced back were registered in any way.

None had their fingerprints or photographs taken or formally interviewed — and at no point from apprehension to removal were any of them given a chance to lodge asylum claims.

But now the Greek police are enlisting these non-Greek proxies in the actual pushbacks — the collective expulsions prohibited under European and international law.

A 25-year-old journalist who fled Afghanistan after the Taliban takeover described what happened when the Greek authorities took his group to the river.

“It was Syrians driving these boats…They were speaking Arabic…When we reached the middle [of the river], the Syrian [driving our boat] told us to get out of the boat. Since I can’t swim, I begged him not to drop me…He took the boat close to a tree so I could catch the tree and get to the Turkish side.”

“At the border, there were other people waiting for us… They had different uniforms than the [Greek] police. They had military-looking uniforms and their faces were covered. From their language, we could recognize they were Pakistanis and Arabs. These men took our money and beat us. They beat me with sticks. They dropped us in the middle of the river. The water was to my chest, and we waded the rest of the way [to the Turkish riverbank].”

‘Proxies’ is no excuse

Using proxies does not relieve the Greek authorities of liability for these violations.

The Greek government should immediately halt all pushbacks, and stop recruiting people from other countries to carry them out. They should hold accountable any police officer implicated in these illegal acts, as well as their commanding officers. The Greek government should also provide migrants with effective access to the asylum system, and the European Commission should open legal proceedings against Greece for violating EU law.

Human Rights Watch and others have previously documented, including in March and July 2020, that Greek security forces worked in tandem with unidentified armed men at the Greece-Turkey land border to assault and expel asylum seekers and migrants. But previously migrants had not said these men were not Greek, nor had we heard of the Faustian deal being struck between Greek authorities and these vulnerable migrants.

Our findings are in line with reports of other organisations that work in coordination with the Border Violence Monitoring Network. One such report in September 2021 characterised the use of third country nationals in violent expulsions as a “trend…observed sporadically in reports since 2020.” That trend appears to be growing. It needs to stop, along with the underlying illegal practices of Greek security forces on the Turkish border.