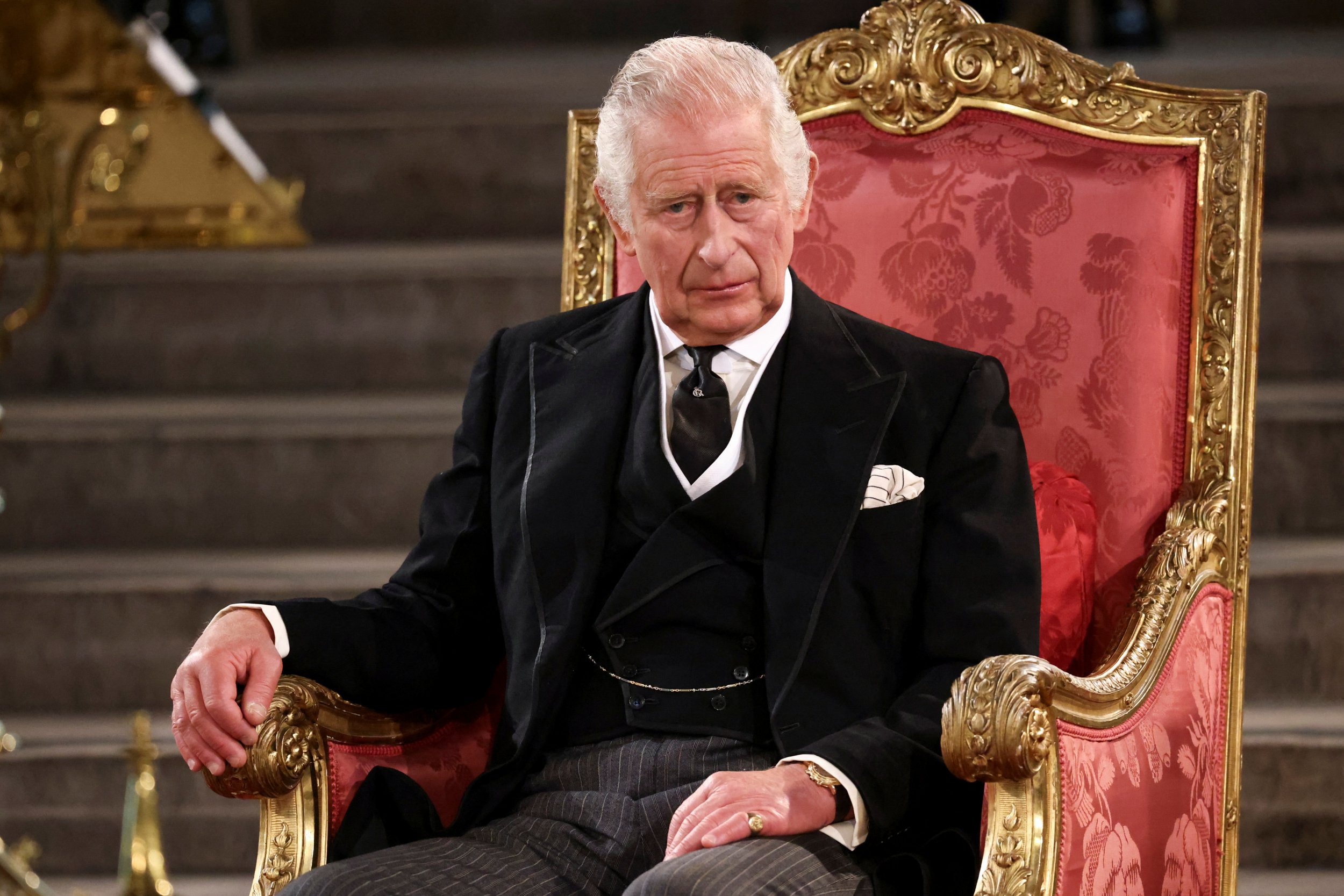 The 26 hand-carved oak angels that gaze down from the ceiling of Westminster Hall have witnessed a history book’s timeline in the past 600 years: the coronation banquets of Henry VIII and Elizabeth I, the trials of Richard I and the Gunpowder plotters, addresses by presidents, a pope and Nelson Mandela.

Most days, the vast stone emptiness of the oldest building in Parliament plays host to tours of schoolchildren and their guides, or MPs’ staff cutting through on the way to the local Pret.

This week, Westminster Hall becomes heavy with history once again.

On Wednesday, Elizabeth II will become the fourth monarch to lie in state under its hammerbeam roof, as the first of an estimated 750,000 people begin to file past to pay their respects.

It is no wonder the King, addressing both Houses of Parliament in Westminster Hall on Monday, said “I cannot help but feel the weight of history which surrounds us”.

The King, his wife the Queen Consort sitting on a throne behind him, spoke at a gilded lectern in roughly the same spot where Anne Boleyn dined at her 80-course coronation banquet in 1533.

In tribute to the late monarch, Charles reached for Shakespeare’s quote of Elizabeth I, and described his mother as “a pattern to all princes living”.

The State Trumpeters of the Household Cavalry stood high up on the South Window Balcony, in front of its imposing stained glass window – a memorial to parliamentary staff and police officers killed in the Second World War.

The assembled ministers, MPs, peers, journalists and parliamentary staff sat in hushed silence to hear the King address them for the first time since he acceded to the throne. Static crackled on one of the speakers towards the back of the hall.

If the King feels burdened by history, it is the future that many of those gathered – and among the wider public – wanted to hear about.

Does the former political prince, author of those “black spider memos” to prime ministers and ministers, plan to be an activist king?

He has previously said that he cannot and will not meddle in politics – telling an interviewer four years ago “I’m not that stupid”. On Friday, in his first address to the nation as monarch, Charles acknowledged there were interests he could no longer pursue.

And so in the heart of Britain’s democracy, with hundreds of witnesses present, the King praised the “vital parliamentary traditions to which members of both Houses dedicate yourselves with such personal commitment, for the betterment of us all”.

He added: “Parliament is the living and breathing instrument of our democracy.

“That your traditions are ancient we see in the construction of this great hall and the reminders of mediaeval predecessors of the office to which I have been called and the tangible connections to my darling late mother we see all around us.”

It was a vow, of sorts, that he knows parliament is sovereign. Not that it could be any other way, in that building, under those angels.