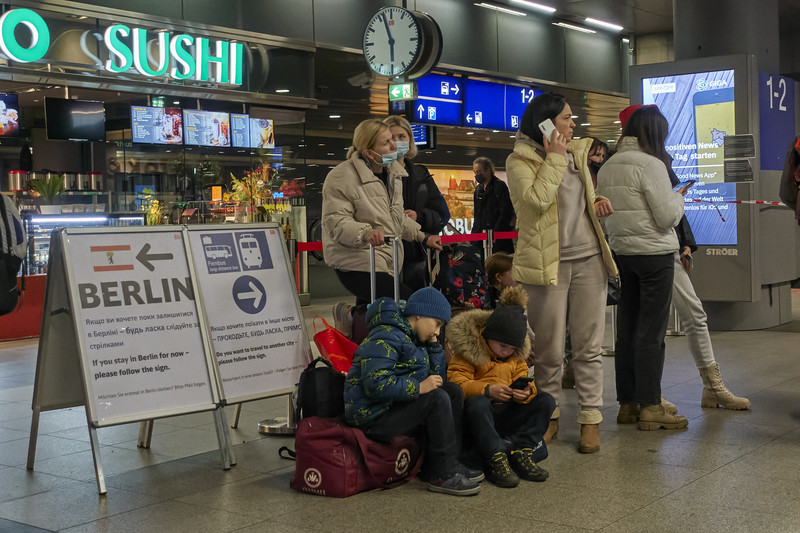 MEPs called on Thursday (5 May) on all EU member states to guarantee Ukrainian women access to emergency contraception and abortion — after growing reports of rape and sexual violence being used as “a weapon of war” by Russian soldiers.

They also said EU funds should be used to send “dignity kits” with contraceptives and sexual reproductive health kits to Ukraine and other to host countries.

Women are “the biggest victims of Putin’s war” and “the easiest target for a Russian soldier’s cruelty,” liberal MEP Dita Charanzová said during a plenary debate in Strasbourg.

Of the more than five million refugees who have already fled Ukraine, 90 percent of them are women and children.

But the risk for women of becoming victims of violence remains when they enter the EU.

Trafficking was already an issue in Ukraine before the Russian invasion. But the war has raised fears over women seeking refuge in the EU ending up in the hands of criminal gangs.

Socialist MEP Robert Biedroń, who chairs the European Parliament’s committee on women’s rights, said member states should improve the registration of all refugees to protect women from sexual exploitation.

Likewise, he said that it is “unacceptable” that women seeking refuge in his country, Poland, were forced to continue pregnancies that are the result of “brutal rapes”.

“As Europeans, it is our responsibility to guarantee access to health and other rights to Ukrainian women,” said centre-right Polish MEP Ewa Kopacz.

Ukrainian victims of gender-based violence and rape have been struggling to get abortion care in Poland — where access to abortion under the country’s healthcare system is practically impossible.

But Poland has become the single-biggest destination for refugees fleeing the war, hosting nearly 2.6 million Ukrainians.

Abortion Without Borders, an NGO that helps women from Poland access abortion, said they have received more than 158 requests from Ukrainian women asking for information on how to terminate their pregnancy in Poland.

Increasing reports of Russian soldiers raping Ukrainian women, Johansson, should be investigated and the perpetrators of these “war crimes” must be brought to justice.

“Russia should never ever be able to wash away the shame,” she warned.

The Ukrainian ombudsman office received 400 complaints of rape committed by Russian soldiers in the first two weeks of April, according to the Kyiv Independent.

But the country’s authorities continue investigating and gathering investigations over the cases in which Russian soldiers have used rape as a weapon of war — with the support of the European Union.

The EU has set up a joint investigation team with Ukraine to collect evidence and investigate war crimes — in cooperation with the International Criminal Court in The Hague which in early March decided to open an investigation into possible war crimes in Ukraine.