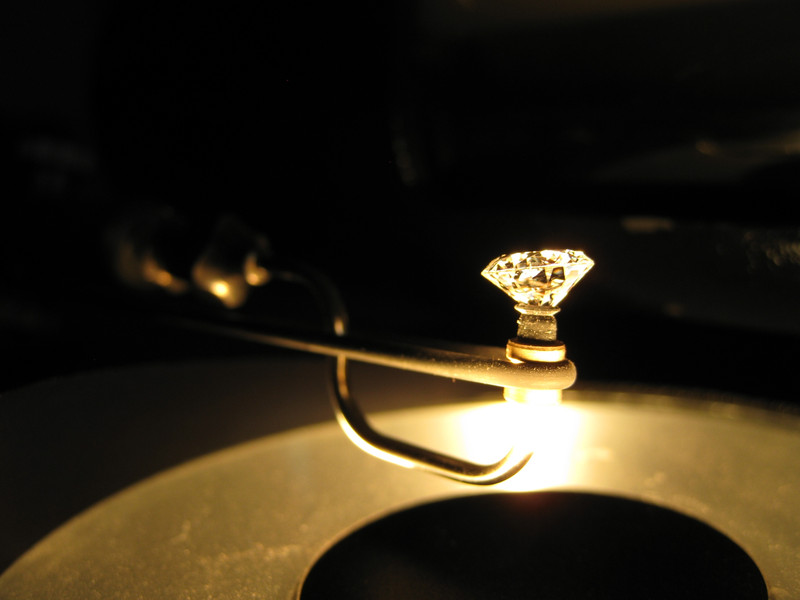 Belgium’s trade in Russian diamonds could become a source of shame for the symbolic EU country, Ukrainian president Volodymyr Zelensky has warned.

“Here, we fight against the tyranny which wants to divide Europe which wants to destroy those for whom freedom is essential,” Zelensky said by video-link from Kyiv to Belgian MPs in Brussels on Thursday (31 March).

“There are people for whom the Russian diamonds sometimes sold in Antwerp are more important,” he added.

But he also highlighted its diamond trade in wider appeals for EU countries to do more to stop the flow of money to Russian president Vladimir Putin and his cronies.

“Peace is more valuable than diamonds and agreements with Russia, than Russian ships in ports, than Russian oil and gas,” Zelensky said.

His remarks were the latest in a series of button-pushing speeches to EU capitals.

“You [Belgium] are as a country ‘at the heart of Europe’. Be an example for others, to help us push back the Russians,” Zelensky said Thursday, referring to Belgium’s role as the EU capital.

He spoke of Russia’s attack on the Ukrainian city of Mariupol as a battle “no less terrible than those you knew at Ypres,” referring to World War 1-era warfare in Belgium.

“People are buried right in the city [Mariupol], in the yards of high-rise buildings,” he said.

Belgium plays host to the world’s largest trading centre for uncut diamonds — the city of Antwerp which handles 85 percent of the world’s uncut stones in a multibillion-euro industry worth five5 percent of Belgium’s exports.

Russia is a leading diamond exporter.

The Antwerp diamond trade has been linked to Russian money-laundering schemes and espionage activities in Belgium by Belgium’s domestic intelligence agency, the VSSE.

It has also been linked to Russian criminal money by Bill Browder, a British sanctions campaigner.

EU economic sanctions on Russia have not touched its diamond sector so far. They have also allowed oil and gas money to flow to Russia due to European energy dependency.

“We have been called upon to choose a side. Belgium has done it and will continue to do so,” De Croo said.

He pledged to accelerate Ukraine’s EU integration after the war.

But he joined a long list of Nato leaders who ruled out imposing a no-fly zone on Russian air power in Ukraine despite Kyiv’s ongoing demands.

“Let’s say it bluntly: that would mean shooting down Russian planes and thus triggering an escalation that could topple all of Europe,” the Belgian leader said.

“According to our intelligence, Russian units are not withdrawing, but repositioning,” he said. “So we can expect additional offensive actions, bringing even more suffering.”