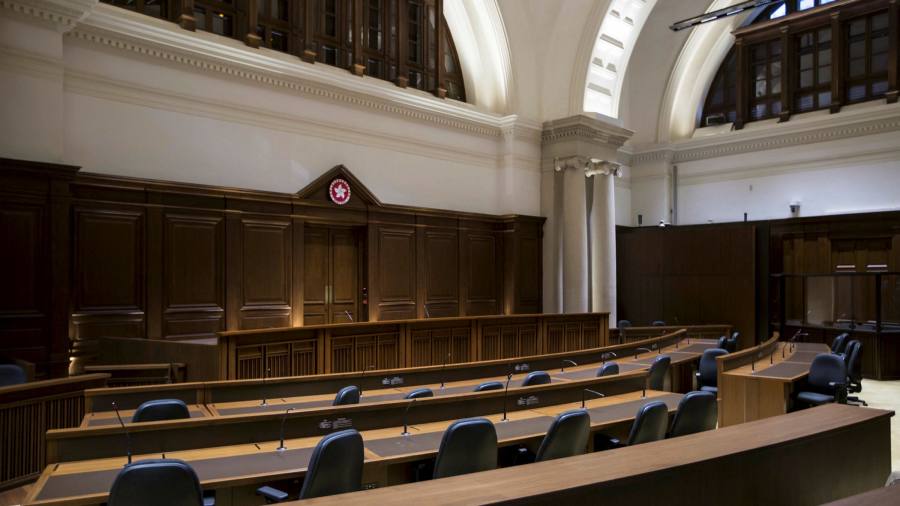 Two of Britain’s most senior judges have resigned from Hong Kong’s top court, citing Beijing’s imposition of a tough national security law on the territory, in a blow for the city’s reputation as a legal hub.

Lord Robert Reed, president of the Supreme Court, and Lord Patrick Hodge, who also sits on the UK’s top court, said on Wednesday they had submitted their resignations as non-permanent judges on Hong Kong’s Court of Final Appeal.

“I have concluded, in agreement with the government, that the judges of the Supreme Court cannot continue to sit in Hong Kong without appearing to endorse an administration which has departed from values of political freedom, and freedom of expression,” Lord Reed said.

The decision was taken following discussions with Dominic Raab, the UK Lord Chancellor and justice secretary.

Two members of Britain’s top court have sat on the Hong Kong court as part of an arrangement struck at the time of the region’s handover from British to Chinese rule in 1997 to support the “one country, two systems” framework. Their presence was intended to underpin the rule of law in the region.

The 2020 national security law on Hong Kong has ignited concerns both in the territory and overseas over whether the city’s respected judiciary would remain independent. Political pressure had been building in the UK on judges to stop serving in Hong Kong.

The law increased the Chinese government’s grip on the territory, which was promised a high degree of autonomy under the conditions of its handover from Britain. Crimes such as terrorism, subversion, secession and collusion with foreign elements attract penalties of up to life imprisonment.

Reed had previously told MPs that he would no longer serve as a judge in Hong Kong if he felt there was undermining of the independence of Hong Kong judiciary by China and any decision to step down would require “great care”.

Wednesday’s decision is likely to send shockwaves through the legal community and alarm foreign companies in the region who rely on Hong Kong’s legal system to ensure they can enforce contracts. James Spigelman, an Australian judge, resigned from the court in September 2020.

Liz Truss, the UK foreign secretary, said the government backed the move because the situation had “reached a tipping point where it is no longer tenable for British judges to sit on Hong Kong’s leading court, and would risk legitimising oppression”.

“Since the imposition of the national security law in 2020, China has continued to use this legislation to undermine the fundamental rights and freedoms of the people of Hong Kong,” Truss said.

The decision is the latest development in an increasingly difficult relationship between Beijing and the British legal profession.

Last year the Chinese government imposed sanctions on Baroness Helena Kennedy, a prominent human rights barrister, as well as a number of MPs and academics.

It also imposed restrictions on Essex Court Chambers, from where a number of barristers operate, after it accused them of “gross interference” for comments about Xinjiang, where more than 1mn Uyghurs and other Muslims have been interned since 2017.

The Chinese measures banned those named and their family members from entering China and Hong Kong and from doing business with Chinese individuals and entities.

Kennedy said on Wednesday: “I’m really glad to see our judiciary make this decision. The presence of highly respected British judges sitting in judgment within the Hong Kong system lent it respectability when it no longer conformed to international standards of the rule of law.”