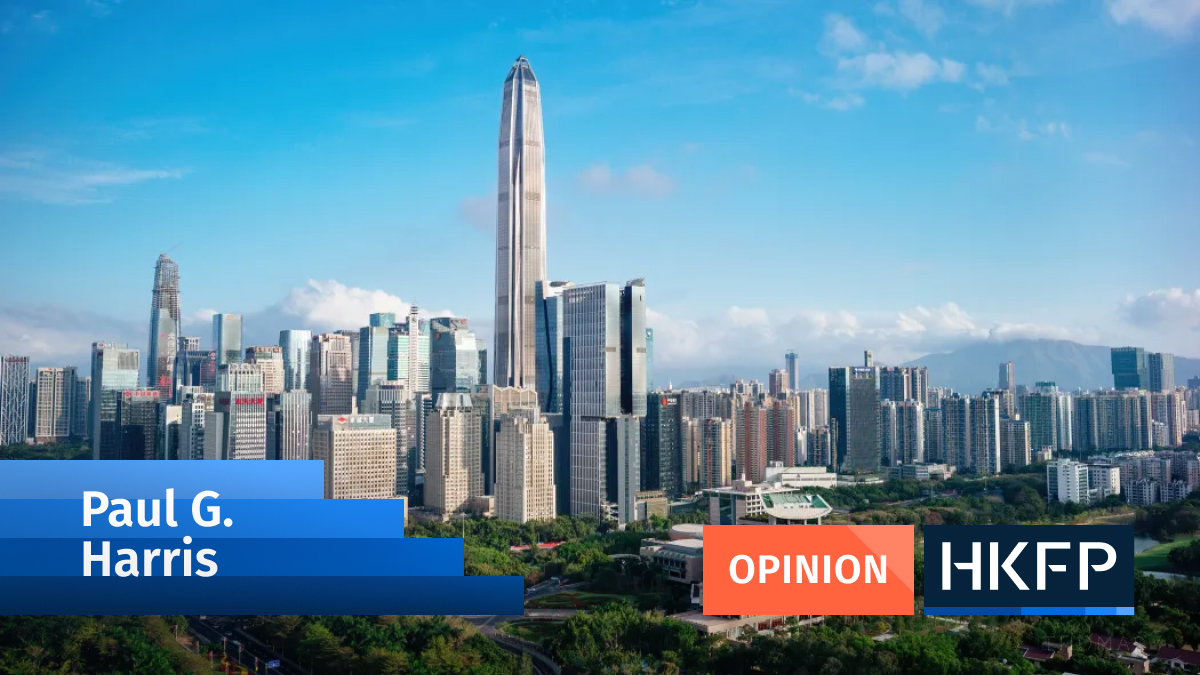 China’s rise over the last several decades has seen dramatic growth in the income and wealth of its citizens. But the expanding economy has not been universally good for its people, nor has it always benefited the wider world. Indeed, the nation’s embrace of capitalism and growth at any cost has left many feeling miserable. More money has often failed to buy much happiness, and frequently it has done the opposite. This paradox can be explained, at least in part, by growing economic inequality.

Another downside of increasing wealth in China, one that should be a global concern, is the rise of material consumption and its bedfellow – consumerism. The nation’s consumption is driving adverse environmental changes around the world. This raises an important question: is rising wealth, and the newfound ability of hundreds of millions of Chinese to consume to their hearts’ content, worth the resulting inequality, discontent and environmental destruction?

The World Bank has characterised China’s economic rise over the last four decades as “the fastest sustained expansion by a major economy in history.” It has lifted more than 700 million people out of poverty. About half of the population are now members of the global middle class, defined as those able to meet their needs and also have disposable income for savings and the consumption of additional goods and services.

What’s more, the number of Chinese millionaires and billionaires has shot up. According to Credit Suisse, 5.3 million people in China are US dollar millionaires. Many live in Hong Kong, which has one of the world’s highest concentrations of millionaires. China is also home to over 600 billionaires, more than any other country except the United States (which has about 850) and far above number three India (with 165).

While the total income of people in China has risen, the share of that total enjoyed by the bottom half of the population has fallen. Greater wealth has engendered greater economic inequality. According to an IMF paper, “economic growth has not benefited all segments of the population equally or at the same pace, causing income disparities to grow, resulting in a large increase in income inequality.”

China’s Gini index (or coefficient), a measure of income inequality within a country (with a higher index indicating greater inequality), was about 47 in 2020, substantially worse than the global average of about 35. This compares to a Chinese Gini index of about 30 in the mid-1980s, when national income was distributed much more equally.

The government has declared victory over poverty even though by some accounts up to a quarter of its people remain impoverished. According to one measure, at the start of China’s growth spurt around 1980, the bottom half of the population earned about a quarter of national income and the top one percent of the population earned less than seven percent. Four decades later, the share of China’s national income that goes to the top one percent of the people is about the same as the share going to the entire bottom half of society.

In other words, half the population’s income, as a percentage of national income, has fallen by about fifty percent, while the income of the top one percent has more than doubled. Economic expansion has “widened the gap between the country’s richest and poorest.” As a consequence, China is now among the world’s most unequal major economies, more unequal than almost all Western countries.

The government’s much vaunted new ideology of “socialism with Chinese characteristics” has very effectively embraced Leninist political and social control. But it has completely failed to realise aspirations for economic equality that were ostensible justifications for communist revolution and the creation of a “people’s republic.”

Rising wealth is not matched by rising happiness

Worsened economic inequality might be a price worth paying if increasing personal incomes across the country were making people happier. However, there’s a remarkable paradox associated with the country’s economic growth: as Chinese become more affluent, overall they do not become much happier; sometimes, it’s just the opposite. Of 146 countries and regions ranked in the 2022 World Happiness Report, China was in 72nd place, behind all economically developed countries and ahead of only poor countries. (Hong Kong was ranked even worse, in 81st place.)

To quote anthropologist M.E. Strickland, “study after study has shown that the Chinese are struggling to find individual contentment in step with the country’s general fortunes.” According to economist Richard Easterlin, despite growth in per capita incomes and consumption over several decades, “there is no evidence that the Chinese people are, on average, any happier…. If anything, they are less satisfied than in 1990, and the burden of decreasing satisfaction has fallen hardest on the bottom third of the population in wealth.”

One explanation may be that a population’s happiness is directly related to the economic equality of the society in which they live. The more equally wealth is distributed in a society, the happier its people tend to be. This largely explains why most of the happiest countries are in Scandinavia, where national wealth is more likely to be shared. The Gini index of Denmark, Finland and Norway, all very happy countries, is about 27. In contrast, as China’s Gini index has worsened, so too has the ability of the country’s economic rise to lift people’s sense of well-being.

To be sure, wealthy people in China, like in other countries, are generally a happy lot. However, that’s largely because they are surrounded by relatively poor people and thus feel relatively well off. Members of the far larger middle class see how wealthy people live and feel relatively deprived, to say nothing of the relative deprivation felt by the lower classes as they envy the lifestyles of their middle-class compatriots and glimpse the luxuries enjoyed by the wealthy.

Another explanation for the disconnect between affluence and happiness in China may be that happiness is often measured by material consumption. More than people in any other country, those in China “measure their success by the things they own.” This materialism may compound feelings of relative deprivation: one measures success not just by how much one owns but by how much one owns compared to other people. Consumption makes people happier only if they are able to consume more than those around them. As one study concludes, “relative deprivation in visible consumption has strong negative effects on happiness.”

This reinforces the importance of economic equality in society and helps to explain why tycoons want bigger yachts: what they really want is a bigger boat than those of their peers. For most people, the comparisons are more prosaic, but they may be no less important for feelings of well-being. For middle and upper classes especially, more income and wealth are consistently good for happiness only if they visibly lift everyone more or less equally. As soon as inequalities become visible, happiness suffers because one’s relative paucity of possessions becomes more apparent.

Naturally, corporations like this situation because it encourages people to spend more on the fruitless search for happiness through consumption. Indeed, as I have noted elsewhere, capitalism is premised on the economic growth that comes from such futile striving. The government likes it, too, because more consumption contributes to more economic growth and increasing government revenue.

The environmental costs of Chinese consumption

China’s economic growth and the increasing buying power of its people does more than leave many of them feeling discontented. It also does enormous harm to the environment. The highly consumptive lifestyles that have been encouraged by the government and pursued by hundreds of millions of middle-class citizens, not to mention millionaires and billionaires, encourage environmentally destructive resource extraction and pollution, both nationally and globally.

The environmental impact of Chinese consumption cannot be overstated. China consumes more than half of the world’s coal, contributing to its status as the largest source of greenhouse gas pollution – more than that of all developed countries put together. This fuels global climate change with all its damaging consequences – rising seas, deadlier storms, more frequent droughts, increasingly severe wildfires, growing hunger, widespread human suffering and so forth. China consumes more meat than any other country, contributing to enormous water consumption, land degradation and climate-warming methane emissions. It accounts for about one-third of global car sales and all the resultant pollution.

One-fifth of the global luxury market can be attributed to spending by Chinese people. The nation’s tourists are major contributors to the growth in highly polluting air travel. China consumes twenty percent of the world’s plastics and it tops the world in the consumption of timber, fish, sand, iron ore and many other commodities. Chinese demand is the most significant driver of the global market for endangered species.

The list of Chinese consumers’ increasing impacts on the earth goes on and on. All of these metrics of environmental harm are growing as incomes and affluence continue to rise.

It’s not even as if all this environmental destruction is making people in China better off. They are the first to suffer the polluted air, water and land that results. But even apart from the direct environmental effects felt by them, consumption is making many Chinese tangibly worse off in many ways. Modern diets full of red meat and processed foods, exacerbated by sedentary lifestyles, have resulted in growing rates of non-communicable and chronic diseases, such as diabetes and heart disease.

China is wealthier than ever before. It may soon surpass the United States to become the wealthiest country on earth and the wealthiest in human history. But that wealth has come at a huge cost, not least to the natural world, and this looks set to rise for decades to come. A question is whether that cost is too high. It may be for many Chinese. It certainly will be for billions of others whose well-being will decline as they suffer the environmental effects of China’s rise.

Too much of a good thing?

Lifting millions of Chinese people from desperate poverty is certainly a good thing. But creating a consumer society populated by many millions of affluent people may be just the opposite. A great irony is that by buying more things and trying to live the “China Dream” – which is remarkably similar to the American one – millions of Chinese people are in fact buying disillusionment and a degraded world. It’s not hyperbole to suggest that through their spending China’s middle and upper classes will unintentionally break the back of an already fragile global environment.

If China’s newfound wealth were living up to expectations – making most of its citizens happier – the environmental harm that it causes might make sense from a very narrowly Chinese perspective. But wealth that is more about feeding perpetual economic growth may not be a sensible trade-off for global environmental decline. Until rising income inequality and ecological harm are decoupled from growth in the economy, the country’s economic rise will create more consumer discontent nationally and environmental destruction globally.

President Xi Jinping has proclaimed the benefits of “socialism with Chinese characteristics,” and pledged to bring “common prosperity” alongside “ecological civilisation.” But these aspirations, in their current forms, are incompatible and even contradictory. If Chinese officials are truly serious about shared prosperity, they would do well to spend less time drafting slogans and more on actually reducing economic inequality and the environmental impact of affluent citizens’ consumption choices.