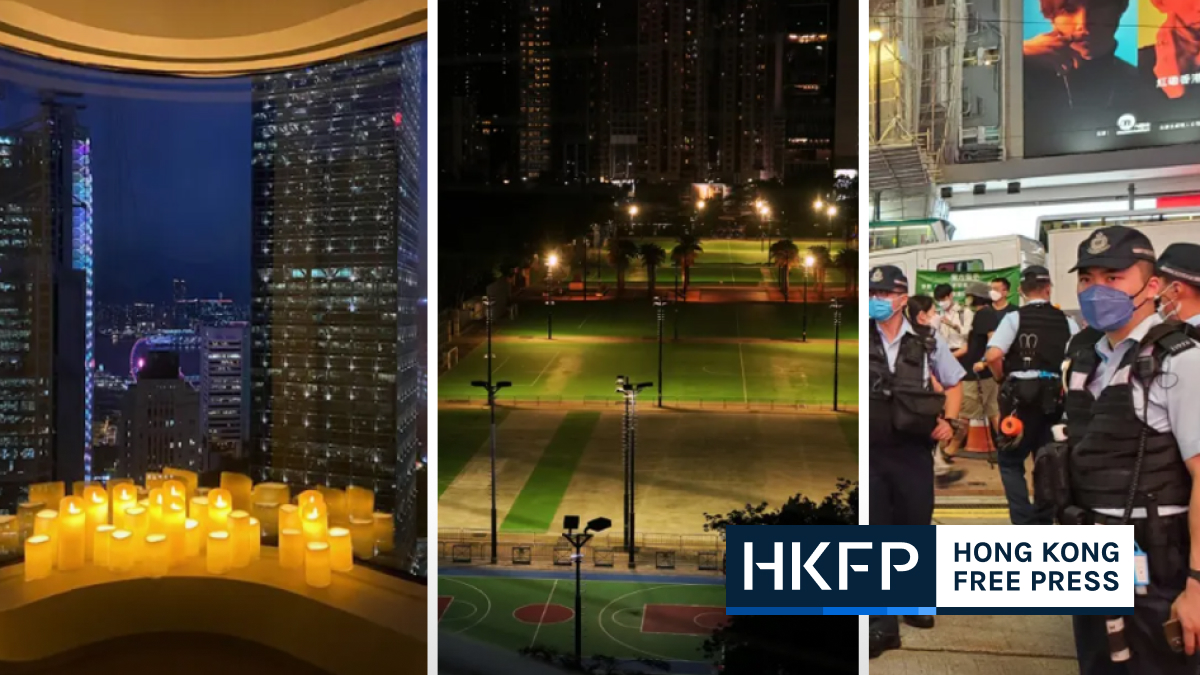 Police largely thwarted attempts by Hongkongers to mark the 33rd anniversary of the Tiananmen crackdown on Saturday, making six arrests, shutting down the traditional commemorative vigil venue, and warning that those illegally gathering risk up to five years in prison.

Some individual acts of resistance were still spotted in the area around Causeway Bay’s Victoria Park, despite a huge police deployment.

Police said that, as of 11.30pm five men and one woman aged between 19 and 80 had been arrested. Alleged offences included inciting others to take part in an unauthorised assembly, obstructing police and the possession of offensive weapon.

Among those arrested was activist Lau Shan-ching, whilst dozens of people were stopped-and-searched.

Officers also appeared to take aim at those wearing black, carrying candles or bearing political slogans on their clothes.

Meanwhile, Beijing slammed foreign consulates after they reportedly warned western missions not to make remarks on the crackdown’s anniversary. Canada, Finland and the UK were among those who published tributes on social media, whilst the EU Office and US consulate placed commemorative candles in their windows – an act deemed “foreign interference” by Beijing last year.

On Saturday, the Commissioner’s Office of the Chinese Foreign Ministry in Hong Kong published a statement claiming certain foreign missions had committed “political tricks,” urging them to “stop the botched political performances.”

The Office accused foreign consulates of using human rights and freedom as a pretext to side with anti-China forces, suggesting such acts were illegal: “Their acts seriously violate the principles of international law and the basic norms governing international relations, such as non-interference in others’ internal affairs, and the Vienna Convention on Consular Relations.”

“We urge external forces to recognise the situation, cease and desist, and stop playing with fire,” the spokesperson added.