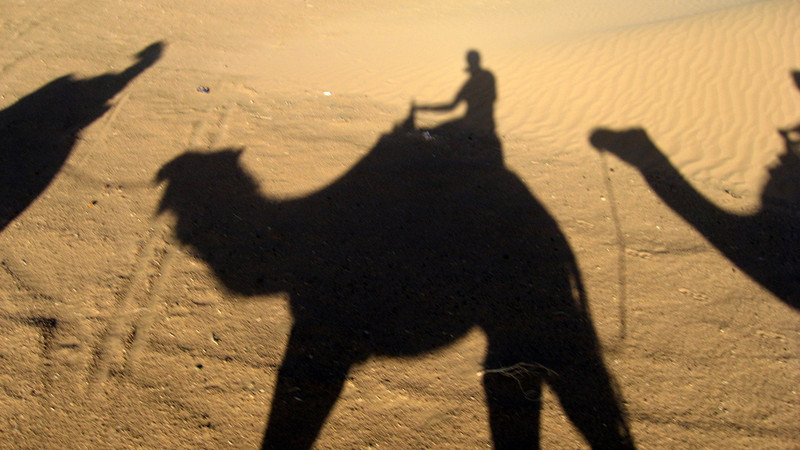 There is never a shortage of bombastic declarations, full of good intentions and commitments, at high-level events. According to French president Emmanuel Macron, the upcoming EU-Africa Union (AU) summit – organised under the French EU and Senegalese AU presidencies – will “completely overhaul” the partnership.

But while the EU seems rather optimistic, the African side reacts much more cautiously. The water between both sides of the Mediterranean is still deep.

Health and Covid-19 could monopolise a major part of the discussions. The EU will remind African leaders of the billions of euros it has given in support of Covax. It will repeat EU promises to deliver more vaccines and its readiness to support pharmaceutical manufacturing capacity in Africa. But for some African leaders, this may be too little too late.

The EU was slow in putting the slogan “no one is safe until everyone is safe” into practice – yet was fast to impose travel bans to the southern African region, following the detection of the Omicron variant and the transparent South African communication around it.

Clearly, Europe’s decision – taken without consulting its partners in Africa – has affected the already low levels of trust.

But also other tensions could rise for the partnership. With its €300bn Global Gateway investment plan, the EU hopes to boost large-scale investments in infrastructure, transport, energy, digital and green transitions, but the plan could be perceived as a smart rebranding of earlier European funding promises.

The summit will endorse strong support for the African Continental Free Trade Area (AfCFTA) and African industrialisation that should generate millions of jobs on a continent confronted with a galloping demography.

But will it be possible to reconcile these African aspirations with the European Green Deal priorities?

The African side is reluctant to engage in discussions on energy and the green transformation during the summit, as it first wants to come to grips with the possible consequences of European measures – including the EU carbon border adjustment mechanism.

But internally, Africa might also be divided between a growing number of African countries eager to invest in renewable energy, and several others – mostly least-developed – countries who want to cash in on their impressive stocks of fossil fuels.

There can be no doubt that the just transition towards well-integrated and carbon-neutral African economies will require time, major investment and substantial resources.

Also, the growing political insecurity and instability in west and central Africa and in the Horn of Africa might cause a headache.

Ethiopia, as one of the fastest growing economies in Africa in the last decades, is confronted with a civil war. The Sahel is in turmoil and faces growing jihadist terror. In the past months, there have been five military coups – in Chad, Mali, Guinea, Sudan and Burkina Faso.

Some of these have given rise to strong popular reactions against Europe, and France in particular.

On 31 January, the French ambassador to Mali was expelled by the military junta that is strengthening its ties with the Russian mercenaries of the Wagner Group. It’s a clear sign of France’s declining influence, and by extension that of the EU, in its former colonial core countries in Africa.

The growing insecurity and lack of economic prospects will also provoke new waves of migration within Africa, and to Europe.

While the EU continues to invest in border protection Africa will insist on more pathways for legal migration, labour mobility and increased exchanges between both continents. Sounds like déjà vu? Also here, actions and the size of the European proposals will speak louder than words.

Probably more important than the discussions on content will be the tone of the debates amongst the heads of state. Key characteristics of any fruitful dialogue such as mutual trust, open communication and preparedness to compromise seem increasingly absent these days.

In a world where the EU is losing influence, it desperately tries to pursue its geopolitical ambitions and interest agendas in Africa. There is nothing wrong with that.

Also, African leaders strongly emphasise the importance of a partnership beyond aid.

Yet for some former European colonial powers and elites in poorly governed and dysfunctional African states, it is difficult to break with a system based on decades of clientelism and vested interests.

From top-down to horizontal

Summits are an inevitable part of the international relations game. But each and every time they end up in disappointments because expectations were too high or longstanding frustrations and irritants on both sides were not openly addressed. To break with this pattern, the partnership should move from an asymmetrical top-down relationship to a more horizontal partnership where both parties negotiate deals on the basis of trust and mutual respect.

Breaking with a (post)-colonial dependency relationship also implies that the AU should be willing to put up matching funds if they want to be taken seriously in international negotiations that concern the African continent.

AU-EU relations should never become the exclusive business of a handful of countries with longstanding historic ties. It is encouraging to see that a growing number of EU member states in east and central Europe take an interest in Africa and develop their own bilateral Africa strategies.

The younger generations in both continents connect more than ever before, partially also thanks to the increase in virtual contacts since the pandemic. Knowledge networks and think tanks in both continents are undertaking joint politically savvy analysis and promoting more open dialogue.

Start-ups in the digital sectors in Europe and Africa are constructing new partnerships on equal footing. Local authorities, cities and mayors in Africa and Europe learn from their respective experiences in managing climate change and circular economies.

These actors will be the beating heart of a strengthened Africa-Europe partnership, not the heads of state.