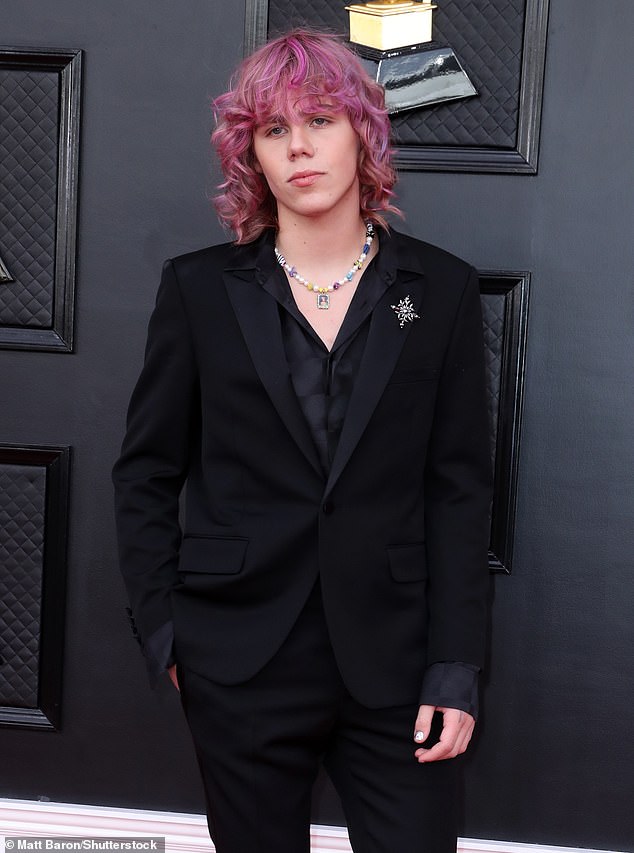 Rapper, singer and songwriter The Kid Laroi has been named Songwriter of the Year at the APRA Awards.

The gong is one of three he brought home on the night – or would have if the 18-year-old weren’t in the middle of a massive world tour.

He also won song of the year for Stay, the global hit he co-wrote with Justin Bieber, and won the most played hip hop/rap category with his song Without You.

Achievement: Rapper, singer and songwriter The Kid Laroi was named Songwriter of the Year at the APRA Awards. (Photo at the Grammy Awards in Las Vegas on April 3, 2022)

“I really appreciate the support and want to give a quick thank you to the fans back home. I’m excited to be on my way back and can’t wait to do the End of the World tour with you guys,” a- he declared.

Laroi has charted an unorthodox career path over the past few years.

Through his association with American rapper Juice Wrld, he managed to break into the American market before many Australians had even heard his music.

In the 40th year of the awards, the accolades weren’t just for fresh-faced artists, with veterans of Australia’s music industry also being recognised.

Angus Young and the late Malcolm Young won Most Performed Rock Work for Shot In The Dark, from their seventeenth studio album Power Up.

On the road: The gong is one of three he brought home on the night – or would have if the 18-year-old weren’t in the middle of a massive world tour. (Photo in Los Angeles on April 21, 2022)

The brothers, along with the late Bon Scott, won a Gold Award at the first-ever APRA Awards in 1982 for AC/DC’s Highway to Hell.

On Tuesday night at Melbourne Town Hall, Tones And I scooped two awards, winning most performed pop work with Fly Away and most performed Australian work overseas with their global hit Dance Monkey.

Singer Genesis Owusu was named Breakthrough Songwriter of the Year, an award that went to Kid LAROI in 2021.

Global: Through his association with American rapper Juice Wrld, Laroi was able to break into the US market before many Australians had even heard his music. (Pictured: Laroi with his model girlfriend Katarina Deme at the Grammys in Las Vegas on April 3, 2022)

The Ghanaian-Australian singer from Canberra was awarded for his debut album Smiling with No Teeth, which reached the ARIA top 30 albums list.

Amy Shark’s Love Songs Ain’t for Us, co-written with Ed Sheeran, won most-played country work, while Vance Joy and Joel Little’s song about loved ones separated by the pandemic won the most played alternative work.

The Wiggles have been recognized for their outstanding service to Australian music with the Ted Albert Award.

Tim Rogers with rock band The Hard-Ons ended the awards night with a tribute to the late Chris Bailey, lead singer of Australian rock band The Saints.