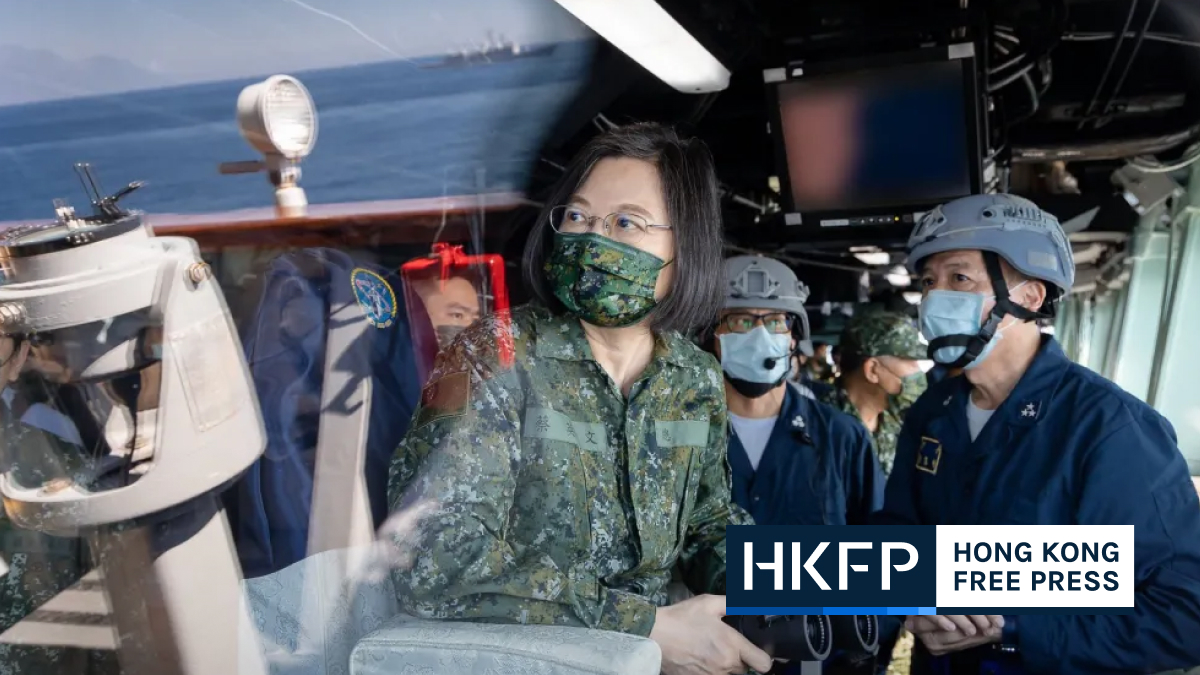 Taiwan simulated intercepting Chinese attacks from the sea in annual war games on Tuesday, with President Tsai Ing-wen hailing the military’s “determination” as she watched from onboard a destroyer.

Democratic Taiwan lives under constant threat of being invaded by China, which views the self-ruled island as part of its territory to be seized by force if necessary.

Fighter jets and warships set off various types of missiles aimed at intercepting “a group of enemy ships”, the military said.

“The precise and solid exercise carried out by everyone just then demonstrates the capabilities and determination of the Republic of China’s military to protect our home and defend our country,” Tsai said in a message broadcast to the ship, using Taiwan’s formal name.

Beijing’s sabre-rattling has increased considerably since Tsai took office in 2016, as she rejects its stance that the island is part of China.

When asked to comment on Tuesday’s drills, China’s foreign ministry warned that “the road to independence is a dead end”.

“Taiwan’s delusional attempt to confront militarily the mainland is like a mantis trying to obstruct a chariot. It will eventually fail,” said spokesman Zhao Lijian.

This year’s five-day “Han Kuang” (Han Glory) war games have incorporated lessons from Russia’s invasion of Ukraine, which has heightened fears of a Chinese assault on the island.

CIA chief Bill Burns said last week Beijing appeared determined to use force in Taiwan, with Russia’s experience in Ukraine affecting its calculations on when and how — not whether — to invade.

The Taiwan Strait, the narrow waterway separating the island from mainland China, is often a flashpoint between the two sides, with Beijing maintaining it is not international waters.

Last week China slammed Washington as “a destroyer of peace” in the strait, following the latest in a series of passages by US warships through the waterway.