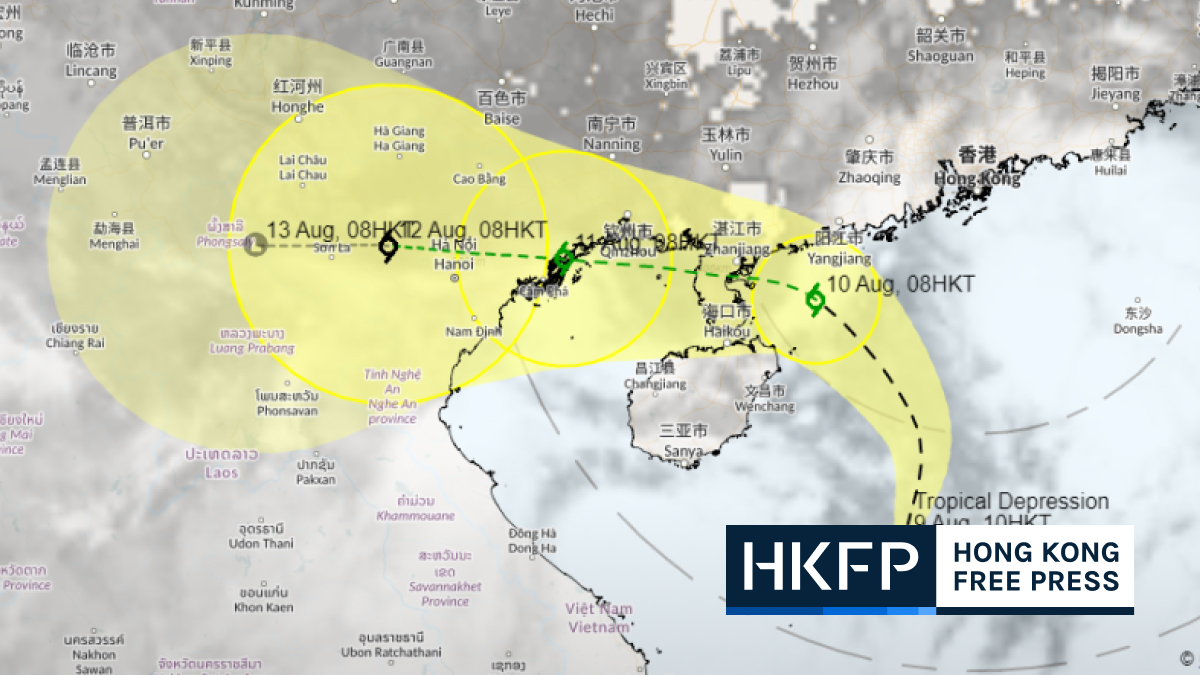 The Strong Wind Signal No. 3 has been issued as a tropical depression approached the city.

The Hong Kong Observatory issued the alert at 11:25 a.m. on Tuesday. The tropical cyclone is expected to bring “intense gusts reaching 80 kilometres” and “isolated squally thunderstorms.”

The storm signal was upgraded hours after the Hong Kong Observatory issued the Standby Signal No. 1 in the early hours of Tuesday at 3:40a.m., and is expected to remain in force until at least 6 p.m.

Tuesday’s alert was the third No. 3 signal of the year. Two were issued in July, when Typhoon Chaba threatened to disrupt July 1 Handover anniversary events.

The Education Bureau earlier announced the suspension of classes of kindergartens and schools for children with physical and intellectual disability.

The public was also advised not to swim at the Hap Mun Bay Beach in Sai Kung District as lifeguards were unable to reach the location by ferries and lifesaving services have been suspended.

The Social Welfare Department announced that all child care centres, centres providing after school care programmes, elderly services centres and day rehabilitation units will remain open while the No. 3 signal is hoisted.

‘The silhouette of the wind’

On Monday, the Observatory wrote a blogpost titled “the silhouette of the wind,” warning the public of the tropical cyclone.

“The tropical cyclone on Tuesday and Wednesday will travel through the northern part of the South China Sea and move towards the western part of Guangdong and Hainan Island. A cloud band formed west of the Philippines and is expected to become the outer rainband of the tropical cyclone and approach the coast of Guangdong together with the cyclone. With the outer rainband, Hong Kong will experience strong wind on Tuesday and Wednesday, with squally rain and thunderstorms. There will also be big waves on the sea.”

The No. 3 signal warns of strong winds affecting, or expected to affect, Hong Kong within 12 hours.