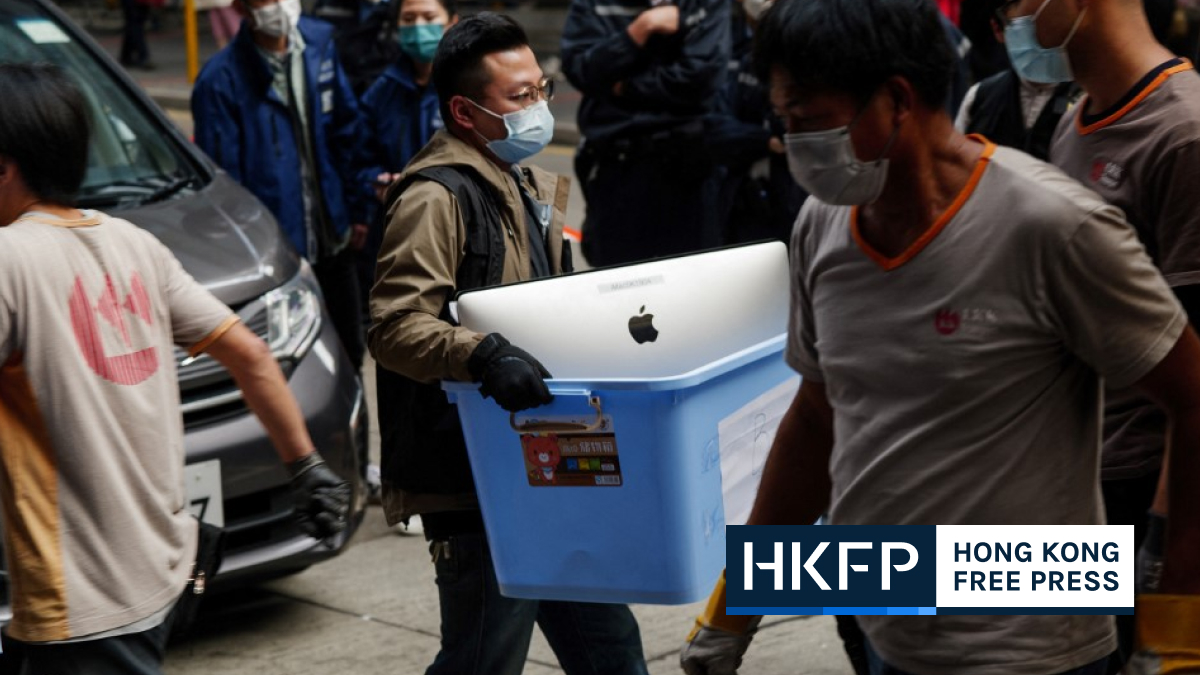 Stand News has said it is halting operations after seven years and removing all content, following a police raid and seven arrests on Wednesday. Meanwhile, assets totalling HK$61 million have been frozen by the authorities, Steve Li, senior superintendent of the Police National Security Department has said.

Over 200 national security police officers were deployed to raid the Kwun Tong offices of the non-profit online outlet in the early hours of Wednesday. Seven people linked to the outlet were also arrested on suspicion of breaching the colonial-era Crimes Ordinance by conspiring to publish seditious publications. At least four current Stand News staff were also taken in by police for questioning.

Li said at a press conference that the arrested individuals held “important roles in the company’s editorial direction and strategy.” During the newsroom raid, officers found computers, mobile phones and HK$500,000 in cash, he said, adding that other arrest warrants have been issued.

Li accused Stand News of publishing “seditious materials” between the enactment of the security law last June and November 2021 with intent to cause hatred towards the government, the judiciary and cause discontent among the public, which may lead them to disobey the law or the government’s orders.

Such articles were typically written by people who were arrested or in self-exile overseas who acted as bloggers for the platform, Li said. Some were also exclusive interviews with such figures, where interviewees described how they lobbied foreign officials to impose sanctions “without reservation.”

Just after the raid on the newsroom of Apple Daily, Stand News removed all opinion pieces from their website in June. It also halted donations as six of the board’s eight members stepped down.

“These cases have been to court. Did we see this happening? Is there evidence? These were examples of sedition,” Li said. “There is strong evidence showing that this online media and other so-called ‘international front’ [activists] conspired to incite hatred towards the government, and endangered nationals security through its platform.”

News reports contain “a lot of subjective elements,” Li alleged, whereby reporters can use interviewees’ quotes to deliver a message or show sympathy.

Li also said that the majority of the funds frozen were transferred to Stand News in a “concealed” manner and the sum was enough for them to open a UK office.

“Why would they need a UK office, if they report on the news in Hong Kong?” he asked, alleging that the London office had “suspicious” responsibilities that amounted to “more than reporting.

He denied that police are seeking to regulate the media, as they only want to hold people accountable to the law indiscriminate of their industry or organisation.

“Don’t be biased,” Li said, addressing journalists. “You know [very] well how to report, how to be a responsible reporter, how to make a non-biased report [for] your readers. That’s all we can give you.”

“We are not targeting the reporter, the media, just the national security offences… When you handle the views of some guys who may have a problem with national security, just [don’t] be biased… You know better than me.”

Stand News published a notice at around 4 p.m. on Wednesday announcing it was ceasing operations immediately. It said police had taken away multiple staff to assist in the investigation, together with computers and documents from its office.

“Stand News halts operations immediately and stops updates to the website and all social media platforms,” a statement said. All content will be removed within a day, it added.

The not-for-profit online news source was founded in December 2014 and has a pro-democracy slant. It is the successor to House News, which was closed in July 2014 with its founder Tony Tsoi citing safety fears.

The statement announcing the closure said the media outlet “had run as a non-profit under an independent and autonomous editing policy, dedicated to defend the core values of Hong Kong, including democracy, human rights, freedom, rule of law and justice.”

Speaking after an event, Chief Secretary John Lee called on media workers to distance themselves from “bad apples” and “evil elements.”

“Anybody who attempts to use media work as a tool to pursue their political purpose or other interests, contravenes the law, particularly offences that endanger national security, they are the evil elements that damage press freedom,” he said. “Professional media workers should recognise that these are the bad apples who are abusing their position simply by wearing a false coat of media worker, and then using that position [to] abuse news as a tool to pursue their own purposes.”

Without naming Stand News, he said that such elements “pollute press freedom. They are the people who damage press freedom… Professional media workers should recognise this, say no to these people, and stand far from them.”

When asked why former directors of Stand News who had already resigned were also arrested, Lee said that “anyone who breached the criminal law… will be pursued for their life time.” He said he strongly supports the police’s “appropriate action” based on “evidence and necessity.”