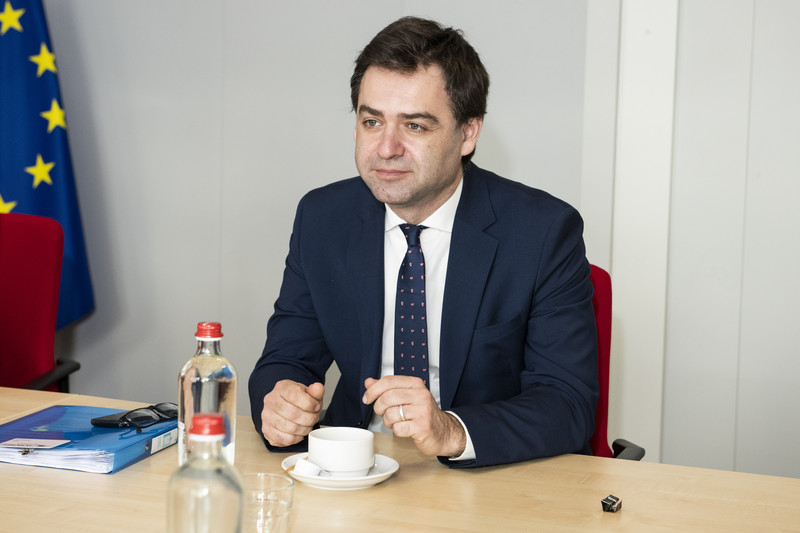 The economic shock of the Ukraine war appears to be a greater threat to Moldova than the eruption of violence in its breakaway region for now, its foreign minister has said.

Shots heard being fired near a huge, Russian-guarded ammunition dump in the breakaway Transniestria region in Moldova on Wednesday (27 April) actually “took place in Ukraine, a few kilometres from [the village] of Cobasna, which is right on the border,” Moldova’s foreign minister Nicu Popescu told press.

“The situation in Cobasna remains calm,” he said.

The Cold War-era ammunition depot in Cobasna contains some 22,000 tonnes of rusting materiel and if it was ever to go up in smoke it would cause an environmental disaster of regional proportions.

Transniestria broke away from Chișinău’s control some 30 years ago and has been ruled by Russia-puppet regimes ever since.

It also hosts over 1,000 Russian soldiers and Russia’s invasion of neighbouring Ukraine has raised fears Moscow might want to spill fighting beyond Ukraine’s borders to stop other pro-Western countries, such as Moldova, moving out of the former Soviet sphere of influence.

Other explosions and a rocket-propelled grenade attack inside Transniestra in the past 48 hours were “very worrying” and represented a “dangerous deterioration of the security situation”, Popescu said.

Transniestria has also forbidden men of fighting age from leaving the country and cancelled a military parade due on 9 May.

The explosions and grenade attack might be “a provocation” or a result of “tensions between various forces” in Transniestria keen to destabilise Moldova, Popescu said.

“There are some individuals and forces that are willing and interested in escalating the situation,” he added, while admitting Chișinău lacked intelligence on what was really going on.

Chișinău was in talks with Transniestria authorities and “we don’t see a truly irreversible trend toward militarisation [of the situation]”, he added.

Moldova has put its own security forces on high alert, but nobody either in Moldova nor in the breakaway region, in terms of ordinary people, appeared to be in the mood for war, Popescu also said.

The “socio-economic risks are the most important risks we are facing right now” he said.

The small, EU-aspirant country of three million people is one of the poorest in Europe but is hosting tens of thousands of Ukrainian refugees — one in 10 of all children inside Moldova are now Ukrainian, for instance.

Its exports to Belarus, Ukraine, and Russia — some 14 percent of its total foreign sales — have “almost entirely stopped”.

Imports from the war zone have also stopped and the shutdown of the nearest seaport — in the Ukrainian city of Odessa — meant the costs of bringing in essential items have pushed inflation in Moldova to a staggering 22 percent, Popescu said.