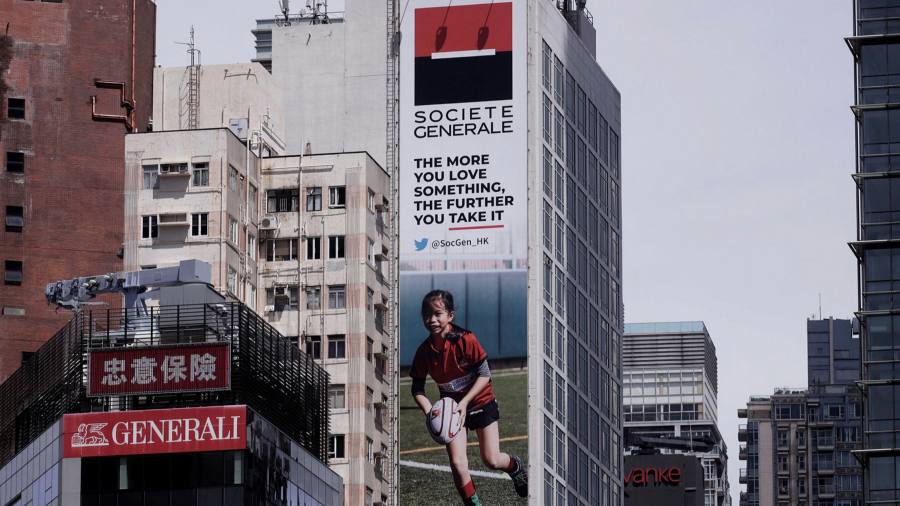 Société Générale made an arrangement with the Singapore government that allowed it to relocate at least a dozen Hong Kong bankers despite the city-state’s tightening of controls on foreign hires, according to people close to the matter.

Two people familiar with the relocations said they were made this year after the French bank came under pressure from staff in Hong Kong keen to escape the Chinese territory’s tough pandemic restrictions.

Under the arrangement, SocGen officially designated its Singapore office as the back-up location for its Asia headquarters in Hong Kong, the centre of its regional operations since 1977, said one of the people. The bank was then able to declare a business “emergency” after Hong Kong intensified its pandemic measures and temporarily move workers to ensure “continuity”.

The workaround, the person said, was an indicator that Singapore did not want to appear “too obstructionist” to foreign workers even as it increased restrictions on them.

Singapore, long seen as one of the world’s most open economies, has faced increasing difficulty balancing the demands of international businesses and locals in recent years. As the city-state seeks to bolster its reputation as a regional financial hub, it has also come under pressure to control immigration amid deepening anti-foreigner sentiment.

This year, it raised the minimum salary required for foreign professionals to obtain a visa and tightened curbs on the number of expatriates that companies can employ. Although the government said this cap does not apply to skilled professionals, businesses said restrictions were often applied informally.

“Singapore has these quotas . . . [SocGen] will never get them [in on longer-term visas],” said one of the people familiar with the bank’s staff move. But the person added that SocGen realised it would have problems retaining employees if it did not respond to their demands.

Singapore supported the relocations because officials saw the move as an opportunity to attract good finance jobs, another person said.

SocGen is among a number of international financial institutions that have recently moved staff from Hong Kong to Singapore as pandemic restrictions in the Chinese territory disrupt inward and outbound travel. Bank of America, JPMorgan Chase and Citibank have all made senior relocations in recent months.

But some banks said that due to Singapore’s stricter immigration control policies, they have abandoned contingency plans that could have led to larger-scale relocations.

“Singapore doesn’t make sense for us,” said the Asia head of one international bank. “[The government] have been very explicit they don’t want us to move more back-office people. They’re happy for us to have a bigger back-office operation as long as we hire locally.”

The Asia head added: “There’s no rationale in us closing down operations in Hong Kong and rehiring in Singapore. There’s not enough talent.”

Many businesses plan to keep their Asian headquarters in Hong Kong. According to one person familiar with the matter, SocGen eventually hopes to return staff from Singapore once possible.

Singapore’s Ministry of Manpower said “no special exemptions” had been granted to Société Générale.

“Staying open and connected to the world is fundamental to our success as a vibrant, leading global business hub,” the ministry said.