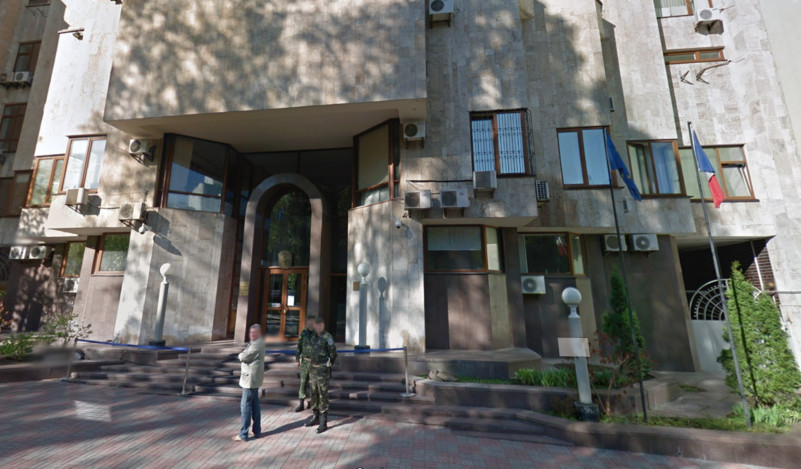 It is a huge mistake for democracies to close or reduce their diplomatic representation in Ukraine. Such steps only increase the already high levels of stress in Ukrainian society and do not make much sense anyway.

Instead, it is of utmost importance to demonstrate substantial international presence in Ukraine.

If the reason for leaving is driven by fear of the outbreak of a new wave of the Russia-Ukraine war, then diplomatic representations should also be closed in Russia.

Aren’t those representations equally under threat? After all, Russia is a party to this conflict, which it is feared is about to break out.

The fact that countries have asked their citizens to leave Ukraine is a bit more understandable, because it is important to get the message through to all citizens, including the less well-informed. However, my question remains the same: why are citizens asked to leave only from Ukraine but not from Russia?

In the end, the main effect of the current calls to leave Ukraine is to weaken spirits in Ukraine.

The situation becomes especially strange when in the morning country X asks its citizens to leave, and a few hours later the national airline of country X informs it will stop all flights to Ukraine. How are the citizens supposed to leave then?

Through its show of strength in the past few months, Russia has unfortunately succeeded in attracting many Western leaders to Moscow. Almost every other day, a Western leader is meeting president Vladimir Putin there.

But why in Moscow? Such meetings should be held in neutral places. Holding talks in Russia’s capital further contributes to the rising stress-levels of Ukrainian society.

Therefore, to lower stress-levels, the continuous and high-level presence of democracies in Kyiv and other parts of Ukraine is of essence.

For the next few weeks, Western countries should agree together on a visiting schedule to Ukraine – in order to ensure a constant high-level presence there. This would be a true show of solidarity.

The pressure from Russia, plus Western countries’ calls to leave Ukraine, are also a huge blow to Ukraine’s economy.

Enhancing defence capability is already a major expense, and if on top of that investments halt, and foreign companies start leaving, then that makes things even more complicated. It will take a long time to recover.

Russia’s goal is to get Ukraine into its sphere of influence. It wants Ukraine to give up its path towards the EU and Nato. So far, Ukraine has managed to endure, despite the huge pressure. Democratic Western countries should not make things even more difficult for Ukraine.

This means that we must remain with the Ukrainians by supporting them every way we can. Above all, we must maintain a strong and visible diplomatic presence in Ukraine. Instead of closing diplomatic representations, new ones should be opened, for instance in the eastern part of the country.