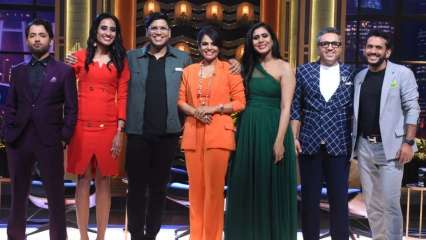 Missing ‘Shark Tank India?’ Do you miss interesting pitches and quirky banter between entrepreneurs? Well guess what? your favorite panelist of brilliant minds comes together, again! Well, they’re not returning with the second season, but they will grace a special episode, “Getting Candid with the Sharks.”

The episode’s promo gives us a glimpse of the banter between the sharks. Aman mocks Anupam saying that in a 60 minute episode, Anupam takes 30 minutes away while talking. Later, Abish asks who is the easiest shark to convince, Vineeta and everyone quickly points to Aman. Singh says, “I love you, Aman”, that’s all you have to say, and he’s convinced of it. Gupta quickly makes a comeback saying, “Apni value hai bhai”.

The video was posted with the caption, “From their witty jokes to their off-the-wall styles, we’re getting candid about the sharks with Abish Mathew! Stream this exclusive episode Feb. 11 at 9 p.m., only on #SonyLIV!”