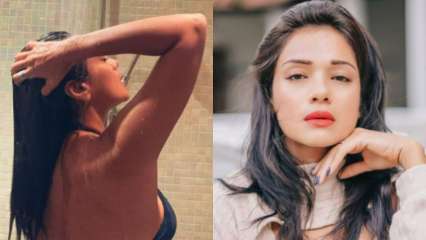 Bollywood superstar Shah Rukh Khan, ‘Fan’ co-star Megha Gupta, who is now a wellness, fitness and skincare entrepreneur, is igniting Instagram with her daring photos. Not the type to hesitate to drop daring photos on social media, Megha Gupta recently dropped some drool-worthy photos on her Instagram while taking a cold shower wearing a blue bikini top.

Along with the scorching photo carousel, Megha advocated taking a cold shower while noting its benefits. “Bio-hacking: exposure to cold. Cold shower at @tajfalaknuma I was pleasantly surprised to see this here. It froze my brain, getting those pictures is another thing. It’s something I would love to see. home and wake up every. Single. Someday. I would leave the coffee for that. ”

Its caption further read: “Cold showers wake up your body, inducing a higher state of alertness. Cold also stimulates you to breathe more deeply, lowering the level of CO2 throughout your body, helping you focus. Showers This keeps you ready and focused throughout the day Stronger immune response Certain fat cells, such as brown fat, can generate heat by burning fat They do so when your body is exposed to conditions cold like in the shower Imagine your shower burning fat while you ?! Hydrotherapy (also called hydrotherapy) has been used for centuries to take advantage of our body’s tendency to adapt to more difficult conditions. As a result, our body becomes more resistant to stress. In some cases of life, pain is a good thing :). ”

Check out the photos below:

Film and TV star Megha married actor Siddhant Karnick in 2016. However, the marriage did not last long and the couple legally separated in March 2020.