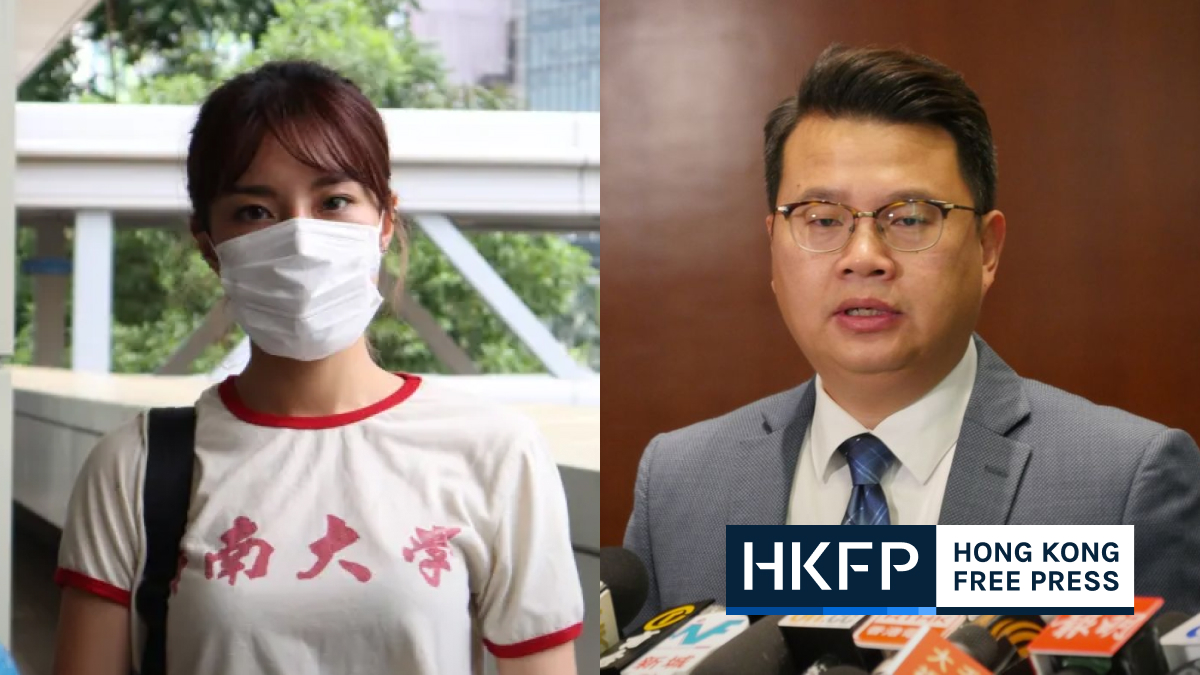 Hong Kong’s High Court should sentence the 29 pro-democracy figures who have pleaded guilty in the city’s largest national security case after their 18 co-defendants have been tried because of the “complexity” of the case and out of fairness to the accused, prosecutors have said.

However, former Democratic Party vice-chairperson Andrew Wan and activist Wong Ji-yuet said they wanted to be sentenced “as soon as possible.” They are among the 29 defendants who have pleaded guilty to conspiracy to commit subversion.

Wan and Wong appeared in front of national security judges Andrew Chan, Wilson Chan and Johnny Chan on Wednesday morning in a hearing to discuss their sentencing arrangements.

The pair were among 29 democrats who have pleaded guilty to their roles in an alleged conspiracy to commit subversion involving an unofficial primary election held in July 2020 designed to select candidates for the Legislative Council election, which was later delayed.

The 47 defendants have been accused of conspiring to block budget bills, paralyse government operations and ultimately force the chief executive to resign if they were to win a majority in the law-making body.

Barrister Chase Pun, who represented Wong, said his client would prefer to be sentenced before the trial of her 18 co-defendants who have pleaded not guilty.

“We don’t know when the trial will commence,” Pun said, as the date of proceedings is yet to be set, adding that Wong preferred “the case to be dealt with as soon as possible.”

The prosecution said Wong, who won in the polls for the New Territories West geographical constituency, had advocated for the primaries. During an election forum, Wong had allegedly spread “unjustified resentment against the national security law” and stated she would maintain her conviction of “resisting till the end” both on the street and in the legislature.

Wan’s lawyer Tina Mok also said the former lawmaker hoped to receive his sentencing before the trial, as he had already been in remand for more than one and a half years.

The former Democratic Party vice-chairperson, who won in the same constituency as Wong, was alleged to have advocated for “the synergy of the LegCo Battlefront and the Street Battlefront” to bring the conspiracy in question to realisation. He was accused of campaigning for the primaries on social media in posts that “spread unfounded resentment towards the central authorities, the Chief Executive, the Government and the police.”

Over 30 defendants in this case, including Wan, have been in custody since being detained by police on February 28, 2021, ahead of their first court appearance the following day.

Both lawyers said the oral part of their defendants’ mitigation could be dealt with within an hour.

The prosecution, however, said the sentencing should occur after the trial as the court has to consider factors such as “the fairness to defendants” as well as “the complexity of the case.”

Former lawmaker Emily Lau of the Democratic Party was in the public gallery. She stood up and waved to Wan as he was taken away after the hearing.

Wednesday’s court session was part of a series of case management hearings that began last week to discuss matters relating to mitigation and sentencing.

Justice Andrew Chan said on Tuesday that prosecutors may elaborate on their arguments after all case management matters had been handled in November.

Under the Beijing-imposed security legislation, defendants convicted of subversion could face up to life imprisonment if they are ruled as a “principal offender in an offence of “grave nature.” Those who “actively participated” in the offence will be imprisoned for between three and 10 years, as others who took part will be jailed for three years at most.

The 18 politicians and activists who have pleaded not guilty will be tried by a panel of national security judges instead of a jury, as ordered by the city’s Secretary for Justice Paul Lam.