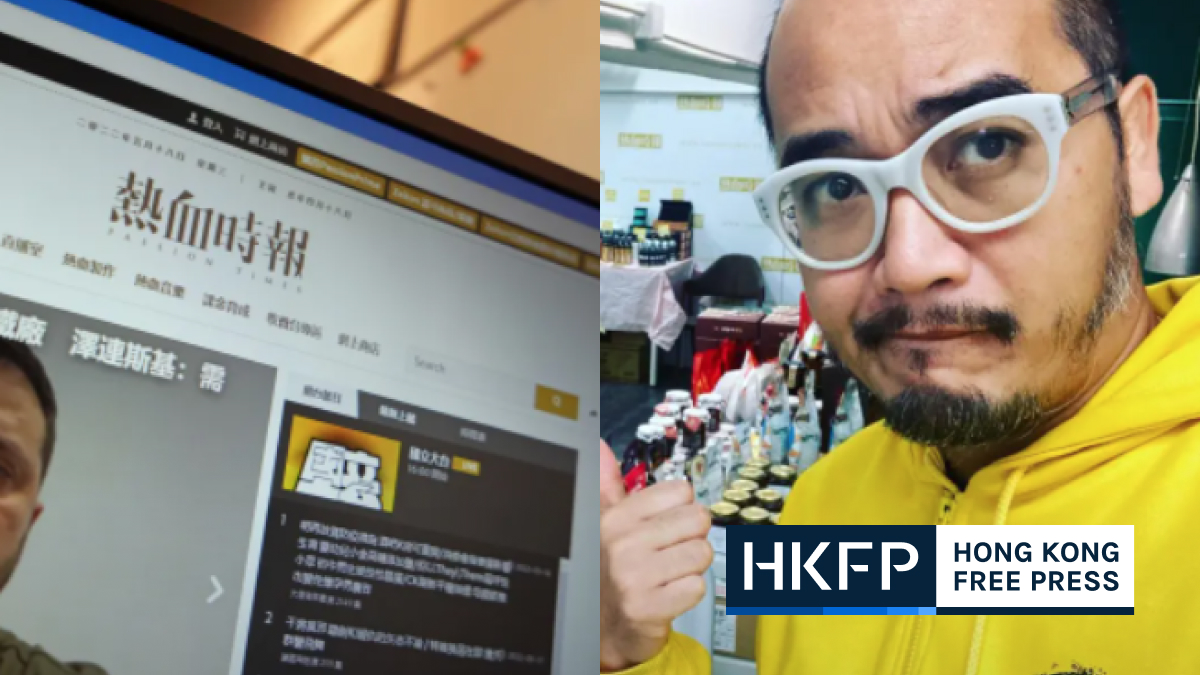 The “sensitive” content which an online news outlet was ordered to delete on national security grounds were pictures of a suggested new “national flag” for Hong Kong, according to local media.

Passion Times founder Wong Yeung-tat on Wednesday said he and the outlet were approached by national security police over “sensitive content” but declined to elaborate.

Sing Tao, Ming Pao and HK01 cited sources as saying that Passion Times had organised a “Hong Kong national flag design competition” in May 2016 which attracted 63 designs. Some 2,000 people voted online to choose the “national flag,” which was showcased in a “flag-raising ceremony” during a march on July 1 that year.

The source said the competition itself was suspected to be a means of advocating independence. The fact that Passion Times kept the photos on its website after the national security law was enacted in 2020 was “challenging the law.”

The security law, which was imposed on Hong Kong by Beijing in June 2020, criminalised subversion, secession, collusion with foreign forces and terrorist acts, with a maximum penalty of life imprisonment.

“I have nothing to add about the case,” Wong told HKFP when asked if he could verify the reports in Sing Tao and other media. He also declined to comment when asked to confirm whether the outlet had removed the content.

The head of the digital outlet also founded Civic Passion, a political party with roots in the localist movement that was considered to be a more radical faction of the broader opposition camp. Wong quit the group and continued to run Passion Times independently, before the party disbanded last September when its chairman Cheng Chung-tai was ousted from the legislature after being ruled not “patriotic” enough for public office.

On its Facebook page, Passion Times described itself as a multimedia platform that “comprehensively combined” news, online broadcast and social activism. It has more than 475,300 followers on Facebook, while its Instagram account has a following of around 18,800.