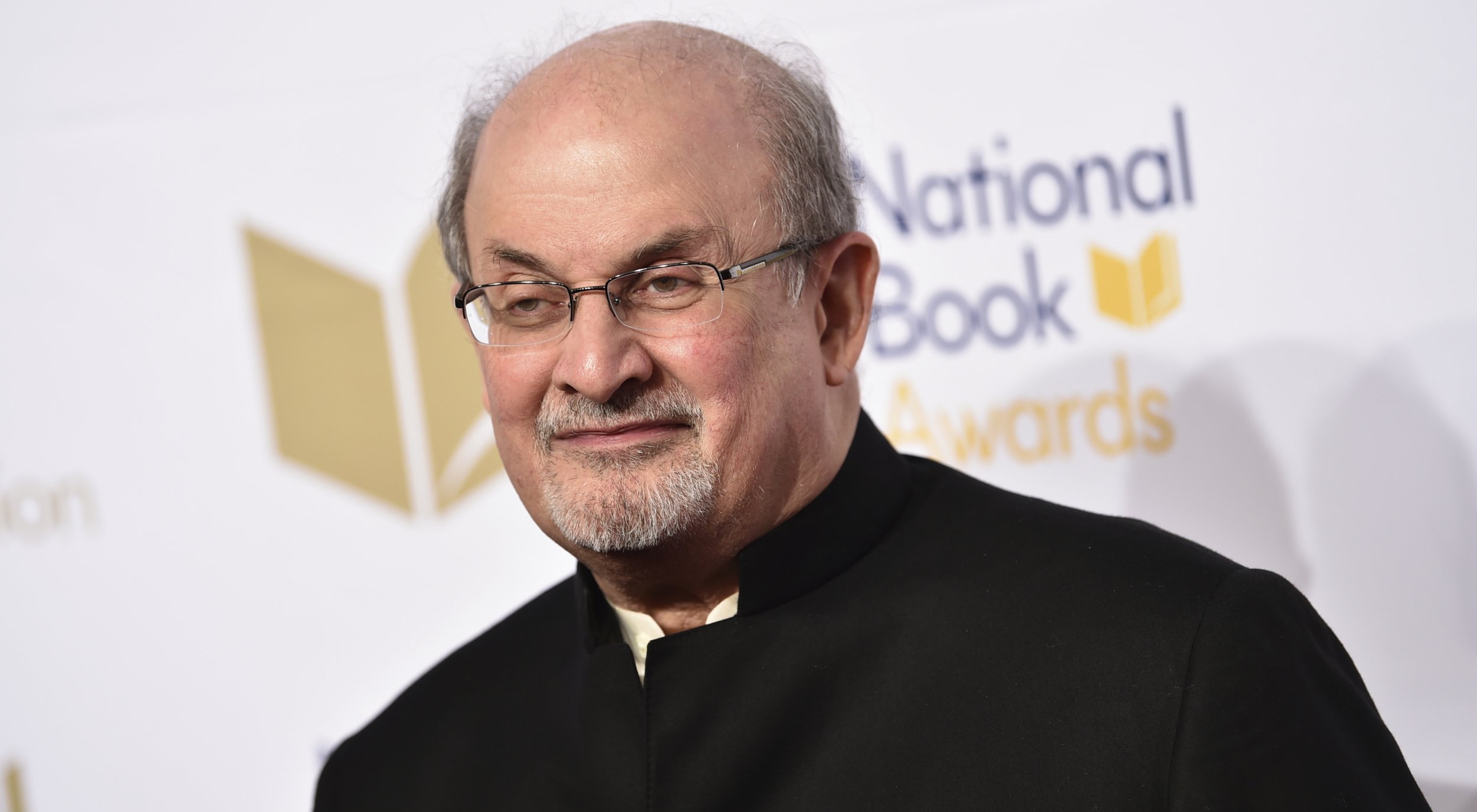 Salman Rushdie and his supporters are solely to blame for the famed author being stabbed on a US stage last Friday, the Iranian foreign ministry has said, just as US Secretary of State Antony Blinken condemned the “heinous attack”.

The family of the 75-year-old Midnight’s Children author said on Sunday that Sir Salman was still in critical condition but had been taken off a ventilator and could speak after being repeatedly stabbed during a public appearance in New York state.

Rushdie had lived under death threats since Iran’s then supreme leader, Ayatollah Ruhollah Khomeini, put a $3m (£2.5m) bounty on his head over The Satanic Verses, published in 1988, which was deemed blasphemous by the clerical authorities in the Middle Eastern country.

The Iranian government said in 1998 it would no longer back the fatwa, but an Iranian religious foundation in 2012 raised its bounty for killing Sir Salman to $3.3m (£2.7m).

Commenting for the first time on Friday’s attack at the Chautauqua Institution, Iran’s foreign ministry spokesman said freedom of speech did not justify the author’s insults against religion.

At a news briefing Nasser Kanaani said: “During the attack on Salman Rushdie, we do not consider anyone other than himself and his supporters worthy of reproach, reproach and condemnation.

“No one has the right to accuse Iran in this regard.”

He went on to say that Rushdie had “exposed himself to popular outrage by insulting Islamic sanctities and crossing the red lines of 1.5 billion Muslims.”

Writers and politicians around the world have condemned the attack.

Mr Blinken said on Sunday that Iranian state institutions had incited violence against Sir Salman for generations, and state-affiliated media had gloated about the attempt on his life.

In a statement, Mr Blinken said: “This is despicable. The United States and partners will not waver in our determination to stand up to these threats, using every appropriate tool at our disposal.”

The man accused of carrying out the stabbing, 24-year-old Hadi Matar of Fairview, New Jersey, pleaded not guilty to charges of attempted murder and assault at a court appearance on Saturday, his court-appointed lawyer, Nathaniel Barone, said.

An initial law enforcement review of Mr Matar’s social media accounts showed he was sympathetic to Shi’ite extremism and Iran’s Islamic Revolutionary Guard Corps (IRGC), according to NBC. The IRGC is a powerful faction that Washington accuses of carrying out a global extremist campaign.

Mr Kanaani said Iran had no other information about the novelist’s suspected assailant except what had appeared in media.

Hardline Iranian state media outlets celebrated the attack with headlines including “Satan has been blinded” and some Iranians voiced support online for the stabbing.

Speaking about his father’s condition on Sunday, Rushdie’s son Zafar said: “Though his life-changing injuries are severe, his usual feisty and defiant sense of humor remains intact.”