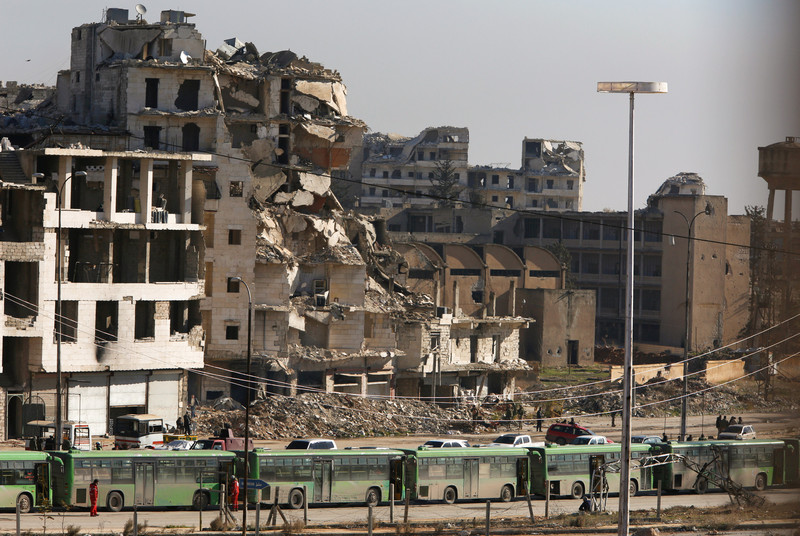 Russia’s war in Ukraine is driving refugees in Syria, Lebanon and Jordan into further poverty.

Among them are Palestinians who are also facing rising food and energy prices, exacerbating already dire conditions.

The UN agency helping Palestinians, known as UNRWA , says the war in Ukraine has also led to severe funding shortfalls in some of its core programmes.

The agency says it has only received 13.5 percent from a total of some $365m [€347m] in additional humanitarian appeal to help Palestinians in Syria, Jordan and Lebanon.

“Their food insecurity is getting worse and worse, you know, almost on a monthly basis,” Prafulla Mishra, deputy director of UNRWA in Syria.

“If you compare it to February 2021, the national average food basket is 71 percent higher,” he said.

He said over 90 percent of Palestinian refugees in Syria live in poverty.

Some Middle East nations rely heavily on wheat and other grains from both Ukraine and Russia.

For example, Lebanon imports almost 60 percent of its wheat from Ukraine. Its main grain silos had also been destroyed following the 2020 explosion at the port in Beirut.

Others, like Syria, rely on Russia but with prices spiking due to the economic fallout of Covid and the war, more and more people are falling below the poverty line.

UNRWA says those most affected are also the most vulnerable, or people like refugees who are already struggling to get by.

Conditions prior to the war were already bad in all three, it said, citing the economic impact of Covid and ongoing conflicts.

Jobs are already scarce in Lebanon, where state corruption and impunity have only compounded the misery.

He said those Palestinians that were refugees in Syria and have since settled in Lebanon are among the worst affected. Almost 70 percent have cut their meals, he said.

“We [UNRWA] are more and more their lifeline,” he said.

“The assistance that we provide is not sufficient, but it’s critical for many of them,” he said, noting that some are taking boats to find a better life elsewhere.

Earlier this week, a boat with dozens of people had left Lebanon’s Tripoli towards Italy. At least six people drowned after it was stopped by the Lebanese navy.

“The Palestinians are not yet in large numbers on these boats, but we know that they also try to leave via Turkey,” he said.

Similar observations were made in Jordan.

Although more stable when compared to Lebanon and Syria, the plight of Palestinians also remains dire.

Becker said the war in Ukraine has also meant some of the funding geared towards UNRWA has been delayed.

The comments come ahead of a Brussels donor conference for Syria set to take place next month.