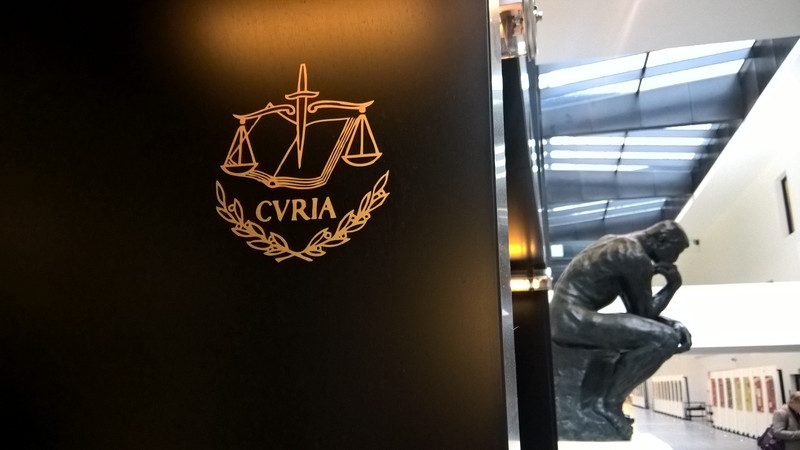 Russian oligarchs on the hook for the war in Ukraine are lining up in the EU court in Luxembourg with challenges to sanctions.

But the last Russian who stress-tested the system — catering baron and the boss of the mercenary Wagner group Yevgeniy Prigozhin — just lost, in a poor omen for their luck.

Russian oligarchs or their family members under asset-freezes and visa-bans appear to have lodged at least 18 cases in the EU general court in Luxembourg since the war began, records indicate.

The number is likely higher because some plaintiffs ask the court to publish just their initials in the first stage of the process, obscuring their identity.

And EU officials expect the figure to climb higher still given that Europe has blacklisted some 40 members of Russia’s top business families since the invasion.

There was a rumour in EU circles that Russian president Vladimir Putin has instructed every one of them to launch cases to “fatigue” EU institutions, one European source said.

“If it’s true, it won’t work. I mean, that’s what the court’s there for,” the source added.

The pending cases are currently published only under the plaintiffs’ surnames, making it impossible to be quite sure who they are.

Plaintiffs are allowed to use their otherwise EU-frozen funds to pay for their costs.

The EU lost a string of high-profile cases on Belarus asset-freezes in recent years, including against former president Viktor Yanukovych and former prime minister Mykola Azarov.

It tended to lose on grounds of lack of evidence.

And EU lawyers are handicapped by the fact their “evidence packages” cannot contain classified information that EU capitals who approved the listings might have seen.

But the victories tend to ring hollow.

Yanukovych, for instance, is still under an asset-freeze because he faced multiple layers of sanctions and stripped away just one.

Businessmen’s shady dealings are laid bare in hearings and judgments and their reputations are tainted by the original EU slur even if they win.

The EU blacklisted Prigozhin, a Kremlin-linked catering tycoon, before the Ukraine war on grounds his mercenary crew, the Wagner Group, had committed horrors in Libya.

Prigozhin’s lawyers said most of the evidence the EU submitted was “information disseminated in the media”.

There was “no evidence obtained independently by the [EU] Council or on its behalf” and no sign “that the Council carried out any investigation as to the accuracy of that information”, they said.

And reports in Amsterdam-based media Bellingcat and Prague-based Radio Free Europe/Radio Liberty (RFE/RFL), for instance, were biased because they had received US funds, Prigozhin’s lawyers added.

The EU judges said the reporting stood on its own merit, however.

The stories by Bellingcat, RFE/RFL, the BBC and others were “precise and consistent and are the result of investigations based on serious and in-depth research”, they said in their verdict on Wednesday (1 June).

And, as in past cases, the judgement shed light on activities that the plaintiff might have preferred to keep out of the public eye.

The verdict bluntly rehearsed and endorsed EU allegations that Wagner Group is Prigozhin’s “private army” even though he tried to hide it by using an “opaque” structure of “similarly named and interlinked shell companies”.

Wagner Group was financed by Kremlin money diverted from Prigozhin’s catering and construction contracts for the Russian military, the EU court paper said.

Wagner Group had “between 800 and 1,500 operatives and mercenaries in Libya” and had also fought in Ukraine, Syria, and the Central African Republic, the court said in passing.

Prigozhin played a “role in Russian geopolitics” and “Wagner Group provides the ‘muscle’ to defend them”, the verdict noted.

And “the expansion of Wagner Group’s operations in Africa [is] in order to protect the applicant’s investments [there],” the EU court also said, citing a report by the Foreign Policy Research Institute, a US think-tank.