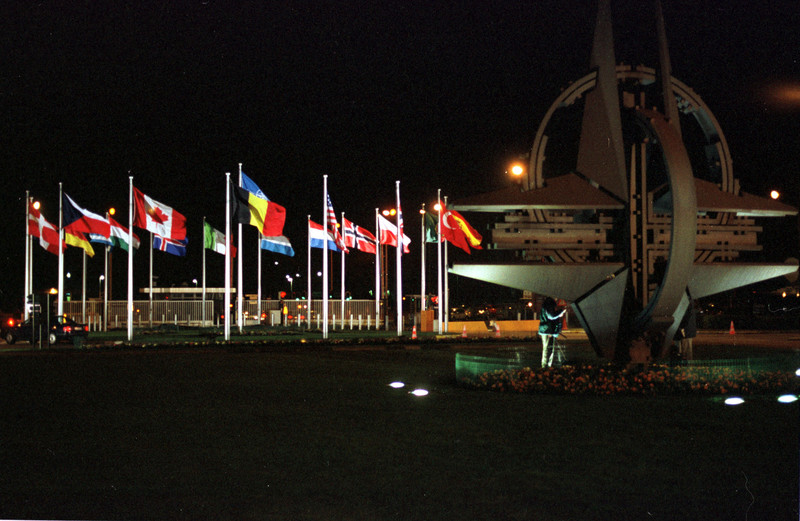 The Finnish government on Wednesday (13 April) will present a plan on the country’s security to the parliament in Helsinki, reigniting a debate on the country’s potential Nato membership after the Russian invasion of Ukraine.

But Moscow has opposed any potential enlargement of the alliance, warning that “its further expansion will not bring stability to the European continent”.

Discussions over Finland joining Nato will likely last until mid-summer, although some Finnish officials are calling for a decision to be made before a Nato summit in Madrid at the end of June.

The Nordic country, which traditionally has been militarily non-aligned, has been coordinating with Sweden — as Stockholm is also considering joining the military alliance.

“We exchange all the time information, and hopefully if we make similar kinds of decisions we could do them around the same time,” Finish foreign affairs minister Pekka Haavisto on Monday said ahead of a meeting in Luxembourg.

Nevertheless, the procedure in Sweden may be longer than in Finland — with some expecting Stockholm to apply for Nato membership in the autumn.

Finland and Sweden are part of the six EU member states who have declared a non-alignment with military alliances.

But the Russian aggression on Ukraine since 2014 and atrocities taking place in Bucha, Irpin, and other Ukrainian cities have prompted the two Nordic countries to consider joining Nato — amid escalating tensions between Russia and the West.

“Finnish foreign and security policy began a long transition towards full Westernisation with EU membership in 1995. This transition is about to reach its next level with full Nato membership in 2022,” former Finish prime minister Alexander Stubb tweeted.

Stubb on Monday told BBC World Service radio a formal application to join Nato from Finland will be made “in a matter of weeks” — probably in May.

Finland shares a 1,340km-long border with Russia and its neutrality status dates back to the end of World War II.

While the country’s public support for Nato has been traditionally low, the war in Ukraine has begun changing opinions in Finland. About 68 percent of Finns support Nato membership, according to a survey commissioned by MTV.

Nevertheless, Moscow has clearly voiced opposition towards any possible accession of Sweden and Finland to the western military alliance.

“We have repeatedly said that the alliance remains a tool geared towards confrontation and its further expansion will not bring stability to the European continent,” Kremlin spokesperson Dmitry Peskov told reporters on Monday.

Last week, Peskov said Russia would have to “rebalance the situation” with its own measures if Finland and Sweden finally decide to join the alliance.

US officials told The Times that the Nato membership bid was “a topic of conversation and multiple sessions.”

And Nato secretary-general Jens Stoltenberg made it clear that Helsinki and Stockholm would be welcomed into the alliance if they finally decided to join.

Such move would expand the western alliance from 30 to 32 members.