A senior US defence official says Thursday’s attack by Russia appears to be the first phase in what will likely be a multiple phased, large-scale invasion.

The official said it began around 9:30pm US eastern time (1.30pm AEDT), with land- and sea-based missile launches.

The official said the Russians are moving on three axes: From Crimea to Kherson, from Belarus toward Kyiv, and from the northeast to Kharkiv.

The official, who spoke on condition of anonymity, said it’s not clear how many Russian troops are in Ukraine now, and the main targets of the air assault have been barracks, ammunition warehouses, and 10 airfields.

The official said Russian ground forces began to move in to Ukraine from Belarus around 5am Eastern time. 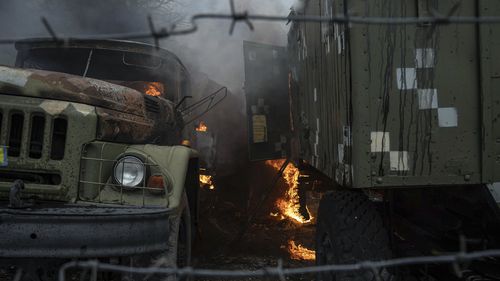