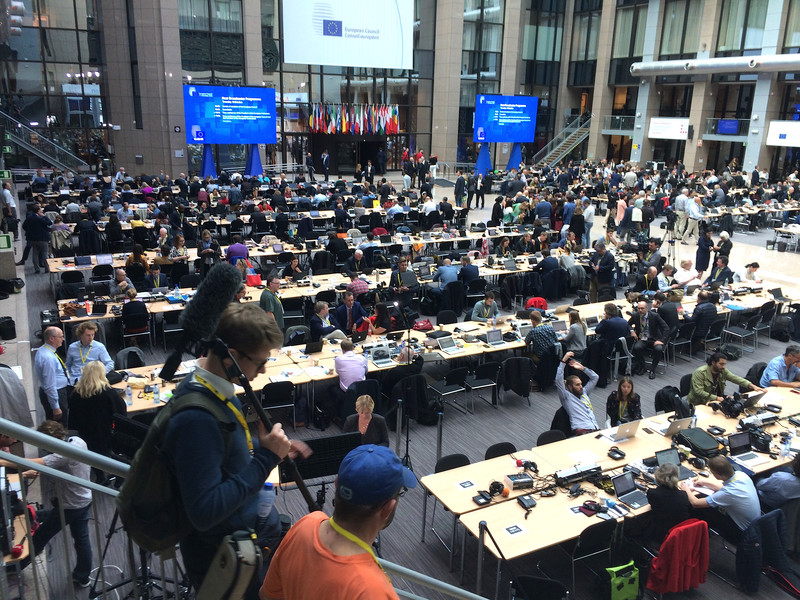 France elected its leader on Sunday (April 24), which will have a significant impact on the EU’s future.

Slovenia has also voted in a parliamentary election, which has shown whether the ex-Yugoslav country wants to continue on a road that challenges democratic standards.

But despite the electoral excitement, EU countries are continued to be consumed by the debate on how and when to reduce Russian energy imports, as mainly Germany, Austria, and Hungary are reluctant to cut imports drastically as Russia continues its war in Ukraine.

In the European Parliament, the political leaders of the groups are planning on Thursday to hold a debate with Nato secretary general Jens Stoltenberg.

In the meantime, the EU Commission is planning to come forward with long-expected proposals on how to better protect journalists and rights defenders.

The Commission on Wednesday (27 April) is set to come with proposals against lawsuits launched in an effort to silence journalists, civil society, or putting pressure on publications. These abusive lawsuits are so-called SLAPPs.

MEPs have been calling for binding measures to counteract the threat that SLAPPs pose, and want to the EU to create a fund for journalists to fight SLAPP cases and training for judges and lawyers to identify such cases.

The same day, the EU executive is also planning to come out with a new legal migration package, aiming at attracting talented and highly-skilled professionals and entrepreneurs.

On Monday, in the European Parliament, the women’s rights committee is expected to adopt a resolution on the impact of Russian aggression on women.

Also on Monday, MEPs in the trade committee will vote on new rules to allow the EU Commission to investigate if companies receive subsidies, for instance capital injections or tax exemptions, from non-EU countries, and take countermeasures when necessary.

The goal of the legislation is to ensure fair competition by extending state aid rules to non-EU actors, and is aimed at mitigating foreign malign influence, particularly from China.

European lawmakers from the constitutional affairs committee are expected to vote on Thursday on proposals that would strengthen the parliament’s right to propose EU laws and start EU legislative procedures.

The parliament seeks to establish a direct right of initiative for the institution, which is now the prerogative of the commission only.

The centre-right European People’s Party on Monday is organising a summit to fight disinformation in light of Russia’s invasion of Ukraine.

Centre-right MEPs are set to discuss the creation of an EU ‘war room’ to counter disinformation, and strengthen resilience and media literacy in EU member states.