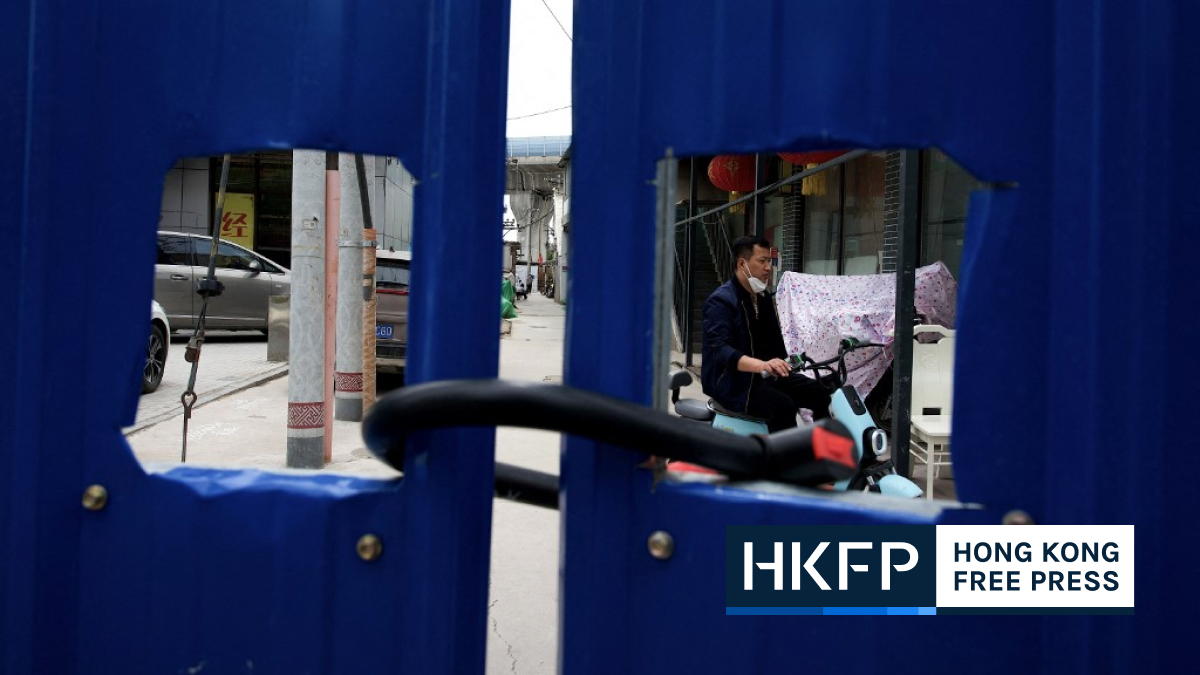 China is digging in its heels on a zero-Covid strategy to stamp out clusters as they emerge, hitting hundreds of areas across Beijing with some form of restrictions, including hard lockdowns.

Residents rushed to supermarkets on Thursday to stock up on groceries as rumours spread that stay-at-home orders would soon be announced. Dining out has already been halted and many tourist attractions closed.

But instead of a lockdown, officials announced a three-day mass testing drive for most of the city Thursday and told residents there was no need to panic-buy food.

Beijing police said in a statement on social media that they have launched an investigation into a woman surnamed Yao.

The 38-year-old “fabricated and published the relevant rumours”, the statement said, adding that police have taken “criminal compulsory measures” against her — a broad term that can refer to detention, arrest or home surveillance.

Police said she made up an “emergency notice” stating a Thursday press conference would announce a three-day “quiet period” in which takeout and deliveries would be suspended.

Although no formal lockdown was announced, officials did “recommend” people stay home and “reduce movement” during the three-day testing period.

In many areas Beijing taxi services have stopped and subway stations closed, while parks have been shut and millions told to work from home.

AFP saw at least one community with extra gates erected and a loudspeaker message being broadcast telling people to “refrain from entering this community”.

Beijing residents fear they may face draconian measures similar to those in Shanghai that have trapped most of its 25 million people at home for over a month — after what was initially described as a days-long shutdown.

Police in the capital have also taken action against a 29-year-old man surnamed Chen for claiming more than 1,000 asymptomatic Covid patients were roaming the Haidian district of the city without masks, the same police notice said.