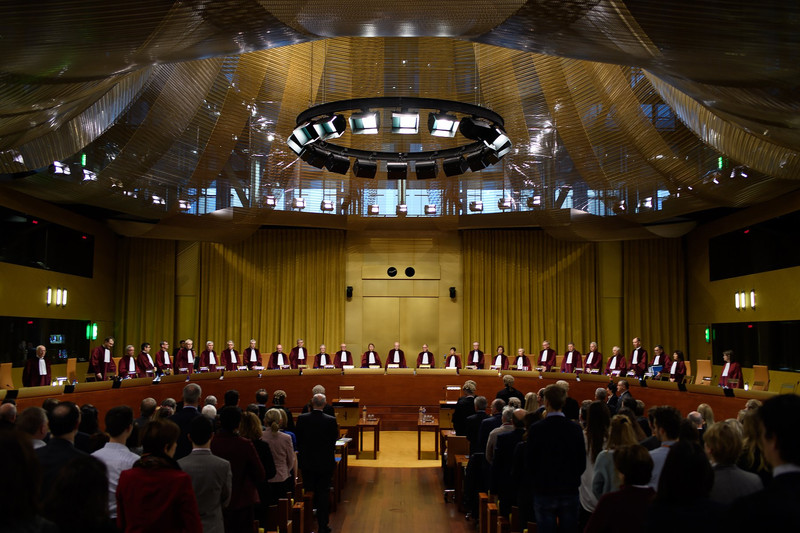 The EU is expected to get the green light on Wednesday (16 February) from the bloc’s highest court to slash funds to member states such as Hungary or Poland that are found to have overridden the rule of law.

Such an outcome will be a long-awaited victory for EU attempts to ensure member states abide by legal standards, and it would hugely ramp up political pressure on the EU Commission to act, after almost a year of waiting for the European Court of Justice’s (ECJ) sign-off.

But she is widely seen as going out of her way to avoid a clash in the European Parliament on Wednesday, where the ECJ ruling will be debated with MEPs who have previously threatened to bring the commission to court for failing to act.

But, whichever way the decision goes, little will change on the ground for the time being.

The EU has struggled for almost a decade to tackle democratic backsliding by some of its members. Allowing for the suspension of EU funds when rule-of-law principles are breached is seen by European officials as an effective tool to discipline unruly governments and also protect taxpayers’ money.

But this recent so-called “conditionality mechanism” was only agreed after difficult negotiations among member states and the European Parliament at the end of 2020.

Under the threat by Hungary and Poland of vetoing the entire EU budget, EU leaders then agreed to have the commission wait for the ECJ’s ruling on the new tool’s legality before it could be used.

Hungary and Poland challenged the mechanism last March to delay any such implementation – which the court’s advisor in December said should be dismissed.

The commission has sent letters to Poland and Hungary, focusing on judicial independence and corruption respectively, and has started work on guidelines on how to implement the conditionality tool.

But so far it has not launched any official probes – even though the new tool has been in force since January last year.

“If the commission is not acting now, it is because they made the political decision not to do it and not to use it against the backsliding of democracy,” she said, adding: “It is the wrong decision.”

Reinke said she is worried the guidelines will be used by the commission to further delay triggering the mechanism.

Officials add that it will take time for the EU executive to analyse the court’s ruling and act upon it.

But the commission’s credibility is also on the line, argues Jakub Jaraczewski, research coordinator at Berlin-based Democracy Reporting International, an expert group on democratic governance.

“For the credibility of the European Commission, it needs to immediately move forward and send letters to Poland and Hungary as soon as it gets the green light from the court,” he told EUobserver.

If the commission launches the mechanism, it has to make sure it can get the required qualified majority in the council – that is, a minimum of 55 percent of EU countries representing at least 65 percent of the EU population – in order not to fall flat.

Petra Jeney, a senior lecturer at the European Institute of Public Administration (EIPA) told EUobserver that the story will not end on Wednesday.

“As soon as the commission triggers the probe, Hungary and Poland will challenge the legal acts that underpin the launching of the mechanism,” she said.

Wednesday’s ruling will also play out against the way Hungary and Poland have challenged the Luxembourg-based court’s authority, even as it becomes the main battleground for rule-of-law disputes.

Hungarian prime minister Viktor Orbán – whose country turned to the court in this case – has accused the court of making “political decisions”.

“Member states must not accept a situation in which political decisions are taken by the European Court of Justice, instead of the peoples and governments of the member states,” he wrote last month in a blog post .