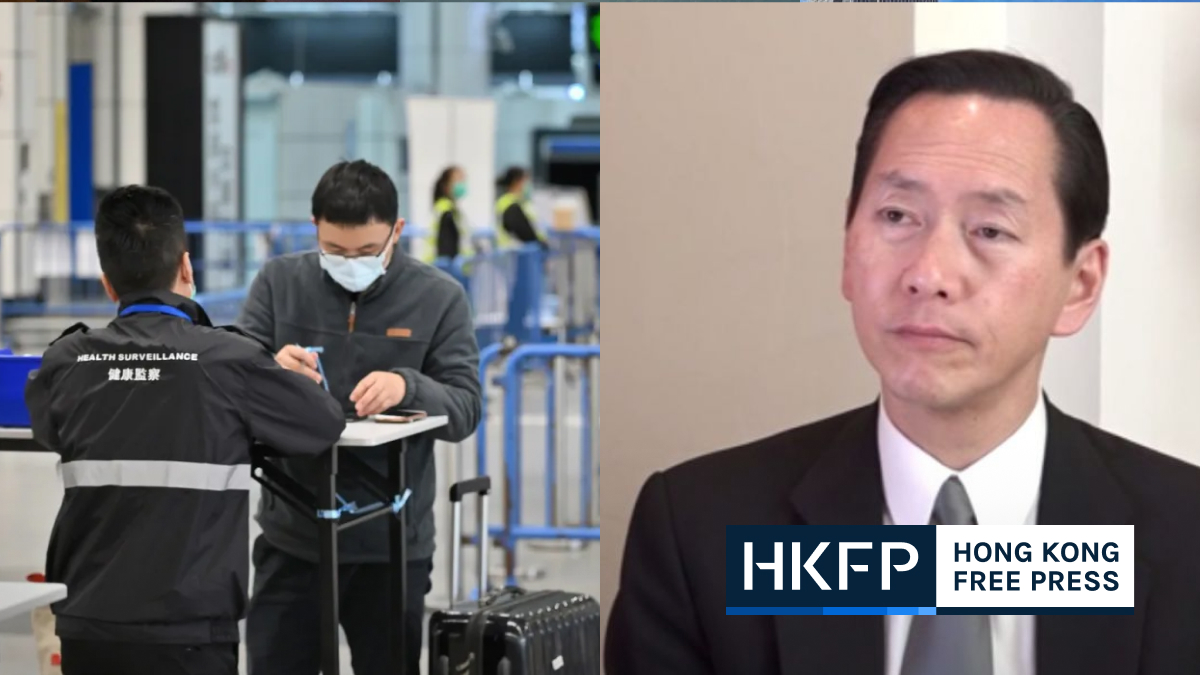 Hong Kong’s next administration should promote its connectivity to mainland China and work on restoring the city’s reputation internationally, according to a government advisor who is expected to leave after his term ends on June 30.

Bernard Chan, the advisor to incumbent Chief Executive Carrie Lam, has hinted that he will be leaving his post as Executive Council convenor when John Lee is sworn in on July 1.

Chan said on an Commercial Radio programme on Sunday that one of the most important tasks for the next administration was to restore the city’s economy and international reputation following the 2019 protests and unrest and the Covid pandemic.

“We have lost a lot of our [ground] in the last couple of years, so I think it’s very important that we need to restore the international profile of Hong Kong, as well as our connectivity lead to the mainland,” Chan said. “Because Hong Kong’s future is always about our connectivity to China – that’s the biggest market in the world so people would want to do business with China through Hong Kong.”

Chan said the international perception of Hong Kong had “stayed in 2019” because people “have not visited Hong Kong after 2019,” owing to the pandemic, and were thus unable to see the city’s return to stability and economic development.

Protests erupted in June 2019 over a since-axed extradition bill. Over the months that followed, they escalated into sometimes violent displays of dissent against police behaviour, amid calls for democracy and anger over Beijing’s encroachment, and were widely covered in international media.

Then, in early 2020, the Covid-19 pandemic arrived. Hong Kong’s borders were all-but closed, and have effectively remained that way since then, with few flights and weeks-long quarantines for international arrivals.

The advisor also urged the next administration to be more proactive in disseminating information, saying the traditional way of issuing press releases was not enough as people were using social media more.

“Many people nowadays do not obtain information in conventional ways, such as from the news, they have their own channels to receive information. But this information may not show the whole picture, it may be a bit one-sided or shared only among small circles. This can widen division on some topics,” Chan said.

Chan, said he had served the Executive Council for nearly 13 years, and that the new administration would likely bring in new faces, adding Hong Kong deserves “new changes and new hopes.”