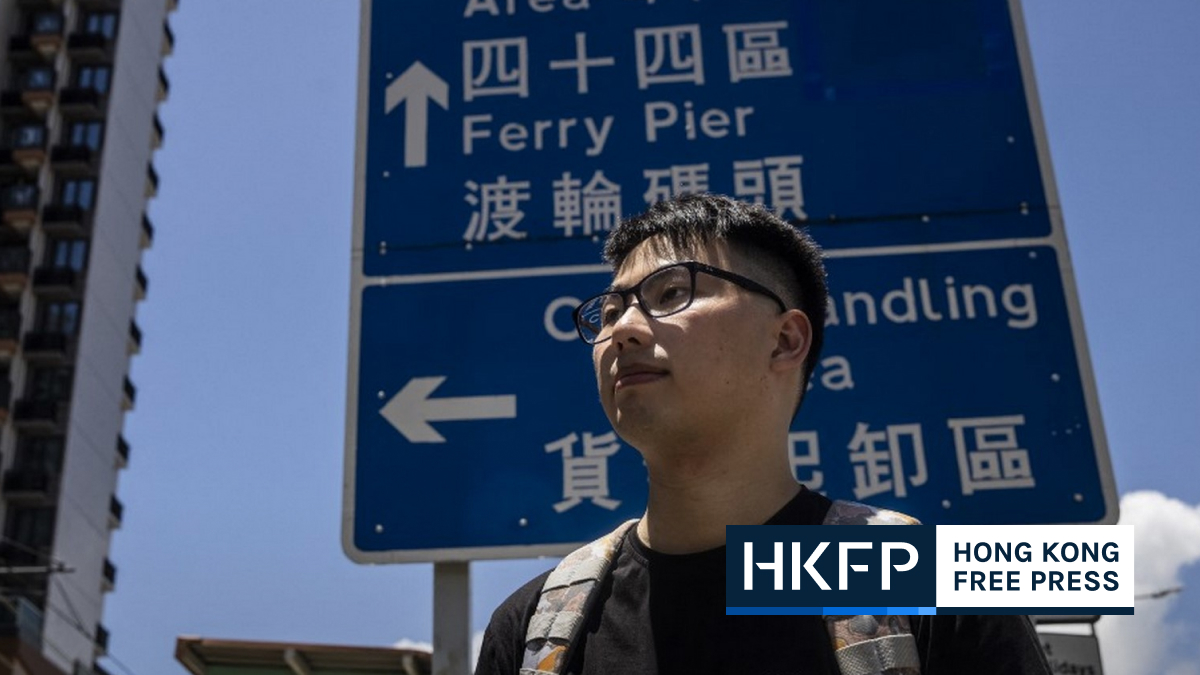 Handmade in jail, the Chinese characters on Hong Kong’s old road signs have a distinct style that a group of enthusiasts has painstakingly documented and turned into a new digital font — “Prison Gothic”.

Their leader, Gary Yau, says he became interested in them when he was a boy, even learning to write some characters by copying them from road signs.

As signs with computer-generated text began to replace the old ones, Yau launched a personal quest in 2016 to record the handmade characters, imperfections and all.

“The search and collection have been like a race against the authorities because we do not know when they will retire an old sign.”

Before digital design and production were introduced, the characters and symbols on Hong Kong’s road signs were hand-drawn, carved out and assembled by inmates at the city’s prisons.

Without the precision of computers and machine-cutting, these signs were not uniform, with varying characters and line thickness.

Over the last six years, Yau and his team of six — the Road Research Society — have scoured the streets of Hong Kong to find 500 of these older signs, produced by prisoners between the 1970s and the 1990s.

The 600 Chinese characters they collected from these signs became the base from which they developed a digital typeface of around 8,000 commonly used characters.

This month, the Road Research Society — which Yau founded in his freshman year at university — launched a crowdfunding initiative to secure HK$700,000 (US$89,192) for the last leg of the project.

The medium version of the font will be released in November this year.

The irony that road signs for travellers are made by people in jail is not lost on Yau, who said he was impressed by their skill.

The days of hand drawing are gone, but traffic signs are still made in prisons — inmates produced around 4,000 in 2021.

For that work, prisoners can be paid as little as under HK$1 (US$0.13) per hour, far lower than the statutory minimum wage of HK$37.5 an hour.

David Tsang, a broadcast engineer in the United States, was one of the first to leave a supportive comment on Yau’s crowdfunding page.

“It feels like carrying an old soul… reminding me of the old Hong Kong,” Tsang told AFP.

“I want to preserve some Hong Kong culture and personality as a Hong Konger overseas.”

The link between a font and identity is not unique to “Prison Gothic”.

At least half a dozen Hong Kong-inspired fonts have been invented or revamped since 2016, a period when two major pro-democracy movements sparked interest in localism — promoting the concept of the city’s unique identity.

Hong Kong, like Taiwan, uses traditional Chinese characters, as opposed to the simplified ones used in mainland China.

Some of the Hong Kong designs borrow from calligraphy styles that were once widely seen on shop signs, and on wooden or stone tablets on traditional village gates.

And at least two — the “Kick Ass Type” and the “Rebirth Font” — were inspired by the 2014 Umbrella Movement and the huge, sometimes violent pro-democracy protests in 2019 respectively.

“Prison Gothic” itself has taken on a different resonance in the last few years, as Beijing has imposed a political crackdown on Hong Kong that has seen thousands arrested for taking part in the protests three years ago.

“In the past, symbols of Hong Kong local culture might be egg tarts, milk tea and the Lion Rock,” Kwok told AFP.

“Now fonts have become a way for young people to explore their Hong Kong identity.”