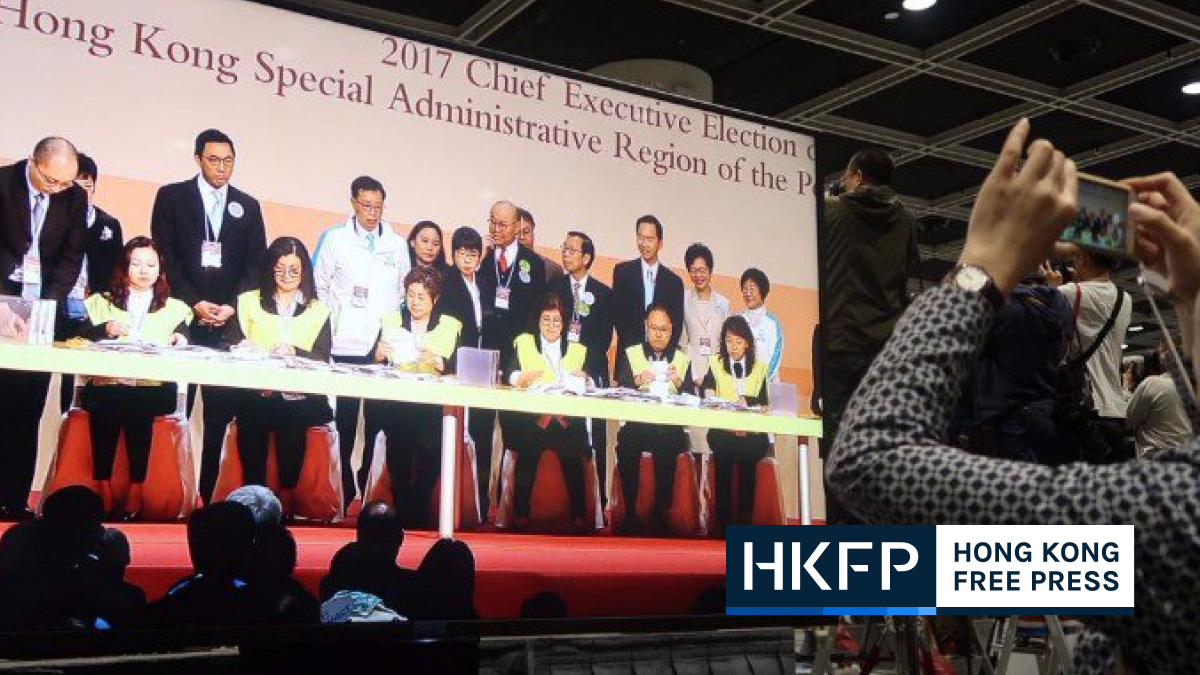 The postponement of Hong Kong’s leadership race is expected to cost an additional HK$50 million. Just one official, former chief secretary John Lee, has expressed his intention to run in the small-circle chief executive race in May.

In a Legislative Council document published on Friday, the Registration and Electoral Office said that a provisional HK$228 million was earmarked for the 2022-2023 financial year. The figure does not reflect the estimated additional expenditure required for the delay.

The preliminary estimate of HK$50 million will covers expenses such as staff, publicity, postage and printing.

The figures were provided in response to a question submitted by lawmaker Jeffrey Lam during a Finance Committee meeting at the Legislative Council.

Former chief secretary John Lee is so far the only person expected to run in the small-circle election.

The leadership race – the first since an electoral overhaul ensuring that only “patriots” lead the city – will take place on May 8. The Election Committee, which currently has 1,462 members, will decide who lead Hong Kong for the next five years.

Originally slated for March 27, the poll was postponed to May due to the Covid-19 pandemic.

Excluding the expenditure on postponement, the city has already spent HK$85 million on the small-circle race in the 2020-2021 and 2021-22 financial year.

The nomination period of the small-circle chief executive race opened last Sunday. Leadership hopefuls must secure at least 15 nominations before April 16 from each of the five sectors in the Election Committee to be in the running. In accordance with last year’s sweeping electoral overhaul, they will also undergo national security vetting to ensure only patriots lead the city,

Lee resigned from his post as the city’s number two official at a press conference on Wednesday, during which he did not take any questions from reporters. He said he intends to enter the upcoming race.

Beijing approved his resignation on Friday. The 64-year-old, who was promoted to the position from secretary for security last June, is expected to formally announce his run on Saturday.

Lau Siu-kai, the vice-president of Beijing’s top think tank on Hong Kong, said Lee will be the sole candidate for the race if all goes to plan.

Chief Executive Carrie Lam announced earlier this week that she will not run, citing family reasons.