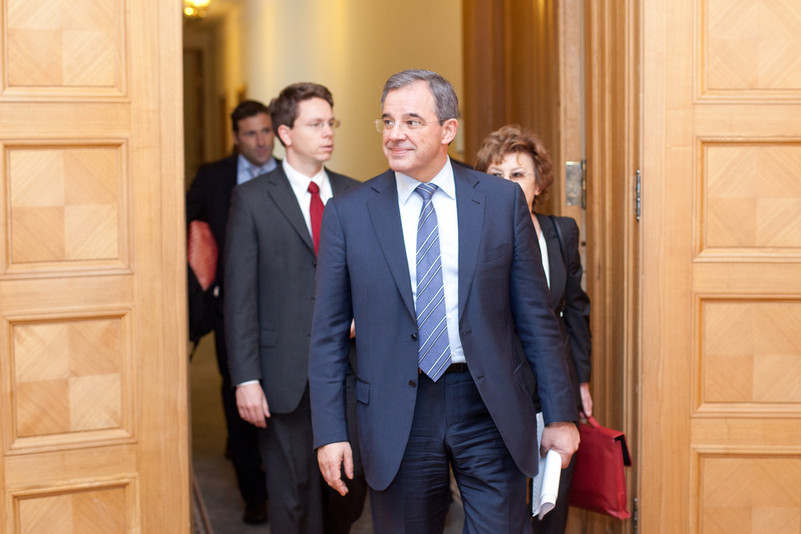 A number of European lawmakers are debating on how to deal with a pro-Kremlin MEP, who is leading a file in the parliament’s foreign affairs committee.

French MEP Thierry Mariani, from the far-right Identity and Democracy Group (ID), is spearheading a report on EU funds in Lebanon.

It is the first time the foreign committee has awarded a report to an MEP from Identity and Democracy, fifth-largest in the European Parliament and hard right of the European Conservatives & Reformists and the European People’s Party.

“We did not support this,” said Belgian MEP Hilde Vautmans, who is the committee’s coordinator for Renew Europe liberals, in an email.

Picula says the group has a long-standing policy of a “cordon sanitaire”, a French term used to describe keeping the far-right from having legislative influence. He says as coordinator he had managed to block the ID from obtaining a report in the past.

“This time unfortunately, although we voted against, the majority of groups decided to give the report to ID,” he said.

Picula says they will now boycott the procedure and vote against the report. “Working on it will be used by Mariani to signal ‘normalisation’ of ID, which we do not want,” he said.

Others are less sure, given that Mariani has a democratic mandate to carry out his duties. Asked for a comment by EUobserver, the MEP did not respond.

His draft report on Lebanon highlights corruption throughout the country, as well as a sense of injustice by the population against some 1.5 million Syrian refugees it hosts.

Beirut has been pressuring Syrian refugees to voluntarily return to Syria. But many fear being tortured by the Russian-backed Bashar al-Assad regime.

The European Parliament, in a resolution on Syria last year, condemned the Assad regime, warned against normalising relations with it and highlighted the destructive role of Russian firepower in the civil war.

Mariani was among the few MEPs who voted against. Last December, he also opposed a resolution demanding Moscow withdraw its troops along the Ukraine border.

The issue has highlighted other possible ties with the Syrian regime, and the MEP’s top parliamentary assistant Charles de Meyer.

Meyer is president of SOS Chrétiens d’Orient [Christians of the East], a French far-right NGO founded in 2013.

Mediapart says the prosecutors are looking for alleged ties between the NGO and Syrian regime war criminals. They also say it had raised funds for Syria’s pro-government militia, the National Defence Forces. SOS Chrétiens d’Orient has denied any wrongdoing.

Mariani may be the first lawmaker from the Identity and Democracy to lead a report in the foreign affairs committee.

But he is not the only MEP from the ID group to spearhead a report. Others include Nicolaus Fest, a German MEP with the Alternative für Deutschland [Alternative for Germany].

Fest is also working on the civil liberties committee report dealing with fundamental rights in 2021.

The draft rails against Covid measures, abortion, so-called identity politics, and says too much energy is spent digging into rule of law issues in Poland and Hungary.