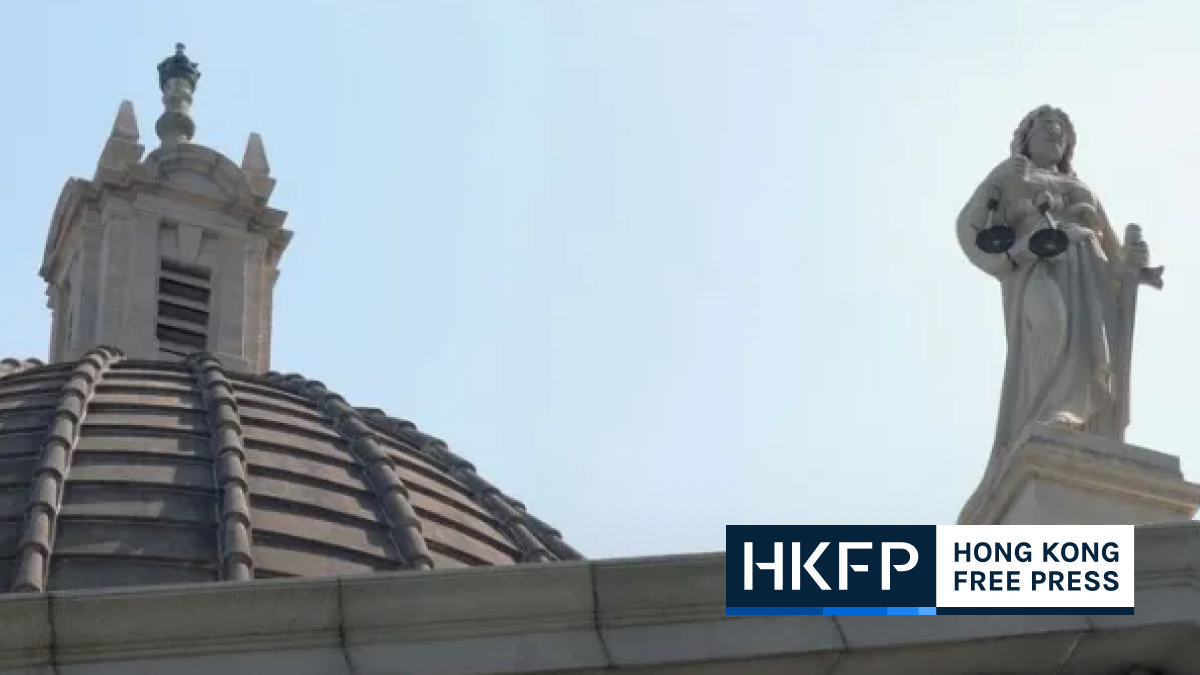 Two foreign judges – Lord Robert Reed and Lord Patrick Hodge – resigned on Wednesday from Hong Kong’ s Court of Final Appeal. Lord Reed, the President of Britain’s Supreme Court, said he did not wish to appear to endorse the government’s departure from political freedoms and freedom of speech in the wake of the national security law . Other overseas or “non-permanent” judges remain on the court, along with local judges. HKFP rounds up reactions….

The spokesperson of the Office of the Commissioner of the Ministry of Foreign Affairs of China in the HKSAR strongly disapproved and firmly rejected the so-called “withdrawal” of serving UK judges from the Hong Kong Court of Final Appeal. The UK, through such a trick, smeared the National Security Law for the HKSAR and its rule of law, and interfered in Hong Kong affairs.

The spokesperson pointed out that national security legislation is a global practice. The National Security Law… has safeguarded national security, social stability and tranquillity, and Hong Kong’s development was brought back on track under the Law…

[F]louting the successful practice of “one country, two systems” and the rule of law in Hong Kong, the UK attempted to denigrate the Chinese Government’s policies towards Hong Kong and discredit the development of its rule of law by playing the “foreign judge” card.

I am in no position to stop the resignation of any judge, so we have no alternative but to accept their resignations with much reluctance. However, to say that the two judges’ resignation has to do with Hong Kong people’s freedom and the national security law, we must staunchly object to these allegations… [Non-permanent judges] support the legal system and the judiciary of Hong Kong, including the courts’ powers of final adjudication. It is not a sign of supporting the administration of the Hong Kong SAR… That is why I feel perplexed about the allegation [that] if they don’t resign they will be deemed supporting the administration… All in all, I would say the following: that their resignation is politically motivated, that they have been put under political pressure, and that this is a kind of political manipulation.

The Chief Justice reiterates the Judiciary’s commitment to upholding the rule of law and judicial independence in Hong Kong guaranteed under the Basic Law. All judges and judicial officers will continue to abide by the Judicial Oath and administer justice in full accordance with the law, without fear or favour, self-interest or deceit. This commitment is wholly unaffected by the departure of the two judges.

We have seen a systematic erosion of liberty and democracy in Hong Kong. Since the National Security Law was imposed, authorities have cracked down on free speech, the free press and free association. The situation has reached a tipping point where it is no longer tenable for British judges to sit on Hong Kong’s leading court, and would risk legitimising oppression. I welcome and wholeheartedly support the decision to withdraw British judges from the court.

The court is operating as an independent, judicial branch of government – perhaps the last surviving strong institution of democracy… And it’s there for people to give them fair hearings and independent justice from the courts.

I believe that the Chief Justice and resident judges of the Court of Final Appeal are committed to maintaining the independence of the judiciary.

President of the Law Society of Hong Kong, Chan Chak-ming

This move disappointingly falls short of the general support among the members of the public and the legal community in Hong Kong for the participation of overseas judges in the work of the Court of Final Appeal.

Unfair and unfounded accusations, especially those based on prejudice and political motives, against the judicial system of Hong Kong have no place in the discussion about the rule of law and judicial independence…Any interference with the participation of the overseas non-permanent judges in the Court of Final Appeal is a far cry from supporting the rule of law and judicial independence.

This move of the UK Supreme Court thus disappointingly falls short of the general support among the legal community in Hong Kong (and indeed the wider community) for the participation of overseas judges in the work of the Court of Final Appeal.

We appeal to all [non-permanent judges] who are committed to Hong Kong, the rule of law and the administration of justice to remain and serve the people of Hong Kong side by side with the local members of our judiciary to collectively defend the rule of law and uphold judicial independence. It is in times of geopolitical turmoil and international political tensions that judicial independence is most seriously tested but it is also at that time that it is most needed.

[T]oday’s joint action by the British government’s executive, legislative and judicial branches have interfered with the independent judicial system that the United Kingdom claims to protect. The final order included the resignation of UK Supreme Court President Lord Robert Reed and Vice President Patrick Hodge, which blatantly reflected the double standards of the British government This action not only interferes with Hong Kong affairs, but also violates the judicial independence of Hong Kong and tries to undermine the rule of law in Hong Kong.

[T]he Rule of Law is not a thin, narrow concept but includes preserving human rights and the meaningful voice of citizens in rule-making. The eminent Judges’ statement is well crafted and is critical of the administration and not of the judges[,] but the legal infrastructure has changed such [that] they feel they can no longer do justice.