Victorian authorities will work with airlines to clarify rules around COVID-19 close contacts in the travel industry, in an effort to address staffing shortages that are contributing to massive airport delays.

Sydney, Brisbane and Melbourne airports are all thronging with holiday crowds today, as Australians enjoy re-opened borders and the return of air travel for the Easter break.

But huge queues brought on by high demand, COVID-hit staffing and what some officials have said is traveller unpreparedness, have seen some people miss their flights and others forced to overnight at airports.

Melbourne is one of the hardest hit today, with baggage check queues for Virgin stretching from Terminal Three all the way back to Terminal Two.

The state health department told 9News they will work to clarify isolation rules for pilots, baggage handlers and airline crews.

Essential workers in certain industries who are close contacts of a COVID-19 case but show no symptoms are allowed to stay on the job.

Have chaotic scenes at Australia’s biggest airports put you off travelling by air over the Easter break?

To exacerbate matters, a mechanical fault at Melbourne Airport caused baggage issues for both Qantas and Jetstar customers.

“Every single baggage drop was giving us a red light,” one passenger said.

Qantas CEO Alan Joyce has again apologised for the ongoing delays, which he previously attributed in part to the “inexperience” of returning travellers.

Sydney Airport CEO Geoff Culbert said while they had been recruiting to fill empty roles since December last year, not enough people had come through.

“Our security company has 100 open roles they’re advertising for at the moment, we’re 30 per cent down on normal capacity and that’s leading to the problems,” he told Today.

“We’ve got staff from all over the airport triaging and putting out the issues as they arise, but the reality is we’re going to be dealing with this for a little bit longer.

“The unfortunate reality is we are going to see queues over the rest of the school holidays.”

Queensland is also bracing for a surge of people coming through the airports, with the Sunshine State likely to be a popular destination for the wave of holidaygoers.

The big test is set to begin on Thursday, with Qantas alone expecting to transport half a million people across the country.

The Australian Retailers Association has meanwhile forecast for Australians to spend $7.1 billion on their Easter holidays. 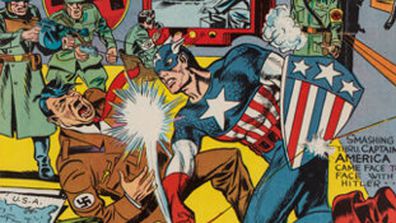 Bookings have reached 84 per cent capacity on the Sunshine Coast and 90 per cent at Noosa, and while not everybody will be arriving via plane, people are still urged to give themselves plenty of time at the airport.

Sydney has also been experiencing long delays recently, with images showing queues snaking out the doors of the terminal last week.