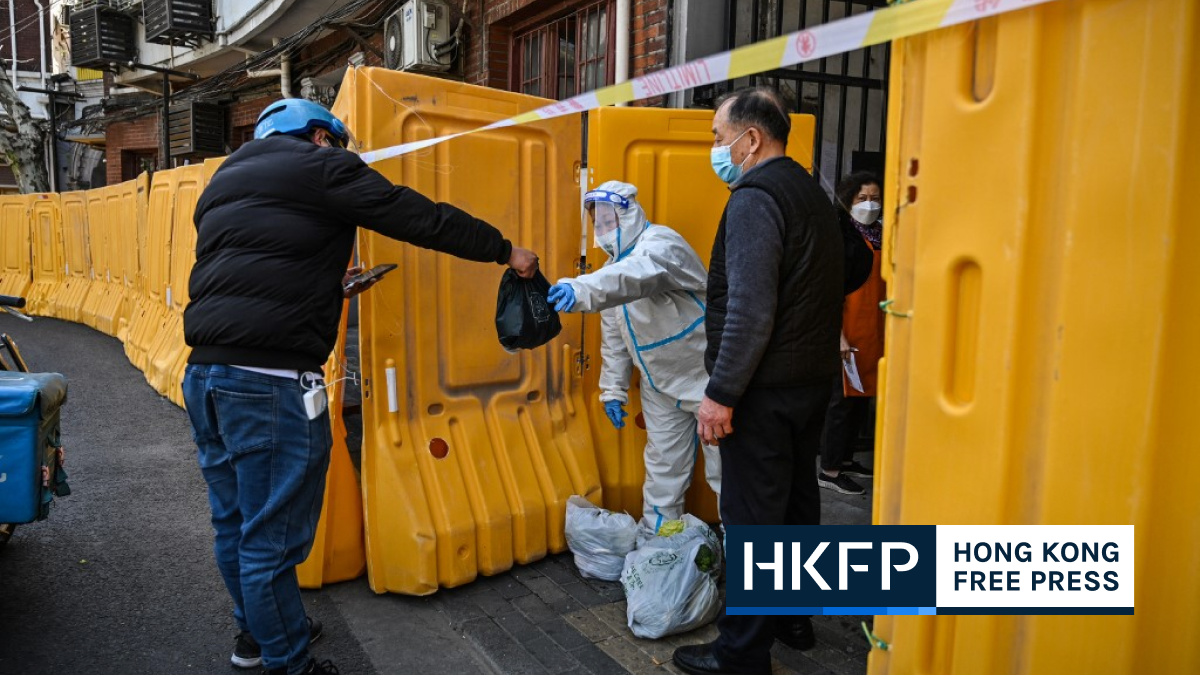 Shanghai recorded a steep climb in Covid-19 cases Tuesday as panic-buying in the Chinese city of about 25 million stripped supermarket shelves bare.

Millions endured a second day of lockdown after authorities effectively split the country’s biggest urban area in two, with residents of the city’s eastern half confined to their homes for four days and subjected to mandatory testing.

China reported 6,886 domestic Covid cases nationwide on Tuesday, with more than 4,400 of them detected in Shanghai, now the centre of the country’s worst Covid-19 outbreak since the early days of the pandemic.

Images showed some supermarket shelves in the city emptied of all goods as residents rushed to stock up before being locked down.

“After being unable to grab any groceries this morning, I went back to sleep, and all I dreamt about was buying food at the supermarket,” one user wrote on China’s Twitter-like Weibo platform.

“I’d never have thought that society today would be worried over buying groceries.”

In a bid to keep Shanghai’s economy running, authorities have avoided the hard lockdowns regularly deployed in other Chinese cities, instead opting for rolling, localised restrictions.

The area locked down on Monday is the sprawling eastern district of Pudong, which includes the main international airport and glittering financial centre.

The lockdown will last until Friday, then switch to the city’s more populated western Puxi section, home to the historic Bund riverfront.

Several exhibition halls in the city have been converted into mass quarantine centres, lining up row upon row of beds.

One Shanghai resident surnamed Wang told AFP that she had been in one mass centre in Pudong since Saturday after testing positive.

“The conditions of the makeshift quarantine centre I’m in are pretty tough,” she said, adding that there are around 2,500 camp beds grouped together in the main hall.

“The bathroom conditions are not good enough, they are cleaned twice per day but there are too many people (using them). It’s pretty bad.”

The Shanghai government has also said it will offer some tax and rent relief to businesses affected by the lockdown in a bid to reassure employers in the important commercial centre.

China has largely kept virus outbreaks under control over the past two years through strict zero-tolerance measures including mass lockdowns of cities and provinces for even small numbers of cases.

But Omicron has proven harder to stamp out.

At a press briefing on Monday, health expert Wu Fan said it was “necessary to take more resolute measures” to eliminate community transmission.