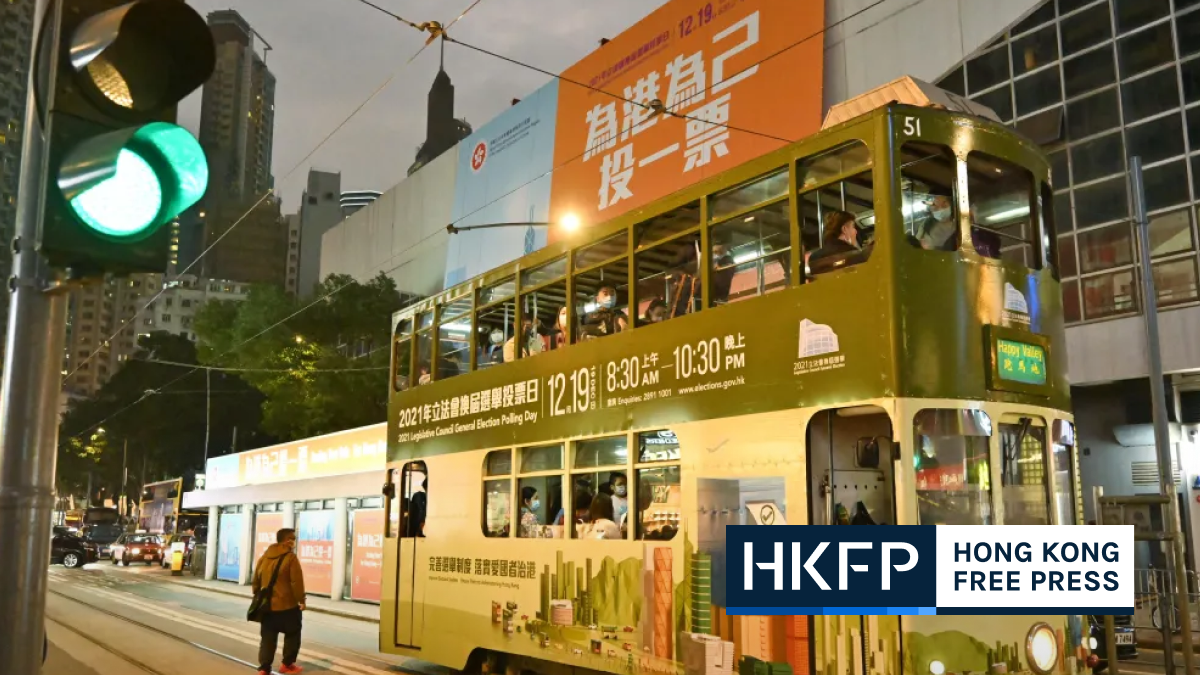 Over HK$16 million was spent on publicity to promote drastic changes to Hong Kong’s electoral system. The first “patriots only” Legislative Council election was held in December, and saw the pro-establishment sweep the legislature amid record low voter turnout.

The Constitutional and Mainland Affairs Bureau (CMAB) said in a document published on Friday that the sum was spent to “convey the message” that the improved electoral system “enables Hong Kong to stay true to the original aspiration in implementing the principle of ‘One Country, Two Systems’ and get back on the right track.”

Public transport advertisements accounted for the largest slice, at HK$3.36 million. Around $2.7 million was spent on “television and radio announcements/other videos,” “newspaper advertisements” and “posters, pamphlets and leaflets.”

The government produced 100,000 copies of a pamphlet explaining the justification of the electoral system revamp and the Basic Law, Hong Kong’s mini constitution.

The figures were provided in response to a question submitted by lawmaker Holden Chow during a Finance Committee meeting at the Legislative Council (LegCo).

The December polls were the first since Beijing’s electoral overhaul, which made it near-impossible for opposition candidates to run by screening hopefuls to ensure they were “patriotic.” Most of the city’s prominent democrats are either remanded in custody, jailed, in self-exile abroad or have quit politics.

Beijing and Hong Kong authorities, however, said the overhaul helped to secure the city’s stability and prosperity.

Another HK$860,000 was spent on advertisements on screens of commercial and residential buildings. Authorities also launched a “thematic website” on the electoral revamp with “simple language and images.”

“The government has spared no effort to explain to the public the necessity and
urgency of improving the electoral system,” the LegCo document says.

Around 1.3 million voters cast their ballots in the elections for a 30.2 per cent voter turnout – 5.6 percentage points less than the last historic low in the 1995 legislative election under British colonial rule.