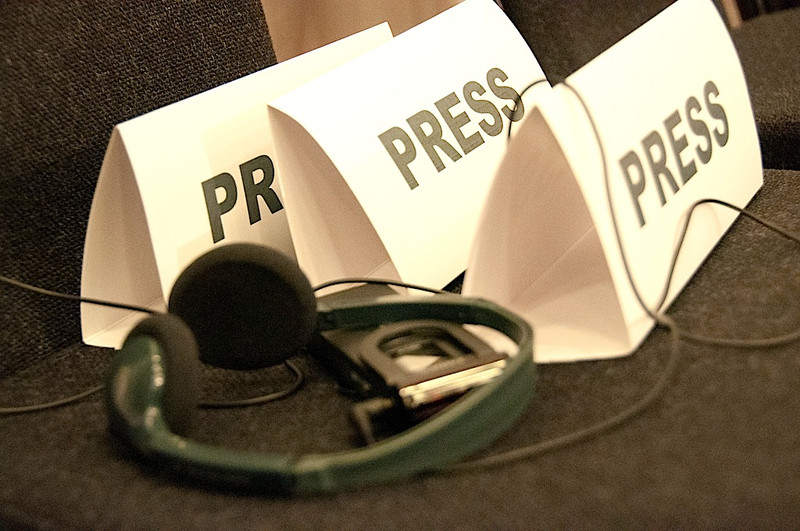 Journalists have long been targeted for truth-telling; but the methods deployed to silence independent reporting have broadened.

Two sinister and distinct trends in harassment have emerged: the onslaught of online abuse targeting — in particular — women journalists, and the weaponisation of laws against media practitioners.

Both are driven by malign influencers desperate to control an ever-more valuable currency: the free flow of information. But increasingly it’s the person rather than the profession that’s under attack.

The figures are grim. UNESCO’s recent global survey of more than 900 women journalists in 125 countries found that 73 percent had experienced online violence.

This abuse ranged from misogynistic harassment and digital security attacks to co-ordinated disinformation campaigns leveraging hate speech. A quarter of those journalists had received threats of physical violence, including rape and death threats.

Online abuse is not ‘virtual’ abuse. The impact of sustained and orchestrated digital hate campaigns on an individual’s mental health, physical well-being, indeed their civil liberties, can be catastrophic, with discreditation, self-censorship and the permanent shutdown of independent reporting the latest casualties in the war on press freedom.

This is powerfully illustrated by the experiences of Indian journalist and Washington Post opinions writer Rana Ayyub, whose investigative reporting that implicated prime minister Modi’s administration and ignited the ire of his supporters has led to years of persecution and a tidal wave of online violence — including death threats, racism, ‘doxing’ and misogyny — nearly 8.5 million tweets since 2019.

The ability to mobilise large-scale online attacks is amplified by the rise in news consumption on social media; around two-thirds of those consuming news globally now use social networks or messaging apps, according to the Reuters Institute for the Study of Journalism.

The International Centre for Journalists says online violence has led to 30 percent of those targeted self-censoring on social media, with some leaving the profession for good.

Perpetrators of this harassment are acting in near total impunity. Left unchecked, critical reporting, a diverse representation of voices and the ability to interrogate authority is eradicated.

But these very outcomes are also fuelling the rise in the weaponisation of laws against journalists.

‘Fake news’ and disinformation laws continue to be used as a smokescreen to crack down on press freedoms, as illustrated by the “11 Journalism Rules” imposed by the Taliban in Afghanistan in September last year, which prohibits reporting that is not “coordinated” with the government’s Media and Information Centre — alongside anything that is not ‘truth’.

Most recently, Russia’s newly-strengthened fake news laws criminalises those who disseminate “false information” about the Russian army with a penalty of up to 15 years in prison.

The latest victim is Siberian journalist Mikhail Afanasyev, arrested two weeks ago over a story alleging that 11 riot police had refused deployment to Ukraine. He is one of 28 arrested under the new law — a further nail in the coffin for independent media in Russia, which has all but disappeared since the beginning of March.

In tandem, there has been a rise in the use of a wider range of laws to silence a free press.

Dubbed “lawfare” by human rights barrister Caoilfhionn Gallagher, who acts for Nobel Peace Prize winner Maria Ressa, as well as for the family of assassinated journalist Daphne Caruana Galizia (who faced 48 lawsuits when she died) this form of harassment sees journalists accused of legal threats ranging from fraud to corruption to breaches of copyright.

Gallagher says a new tactic is to hit journalists with a slew of lawsuits simultaneously, forcing them to fight on multiple fronts. This leaves them unable to carry out their work, scrambling to source specialist legal support and more vulnerable to the effects of smear campaigns.

CEO of Philippine news website Rappler and investigative journalist Ressa is the highest profile victim of this harassment. A prominent critic of president Duterte, Ressa has faced charges on everything from cyber-libel prosecutions — a law that came into effect after Rappler’s publication of a story linking corruption to the justice system — to tax evasion and foreign ownership violations.

One of these cases involves 35 other journalists, many of them freelancers who cannot rely on their employers for legal support.

Patricia — who also endured years of online smear campaigns — has bucked the trend by winning her own case against the president after successfully suing him and his son Eduardo Bolsonaro for repeatedly suggesting that she offered sex in exchange for scoops. They are appealing the verdict.

There have been small steps in the right direction, such as the EU’s proposal for a new law that would counter the rise of ‘gagging procedures’ on journalists and human rights activists, including SLAPPS (Strategic Lawsuits Against Public Participation).

Meanwhile the UK’s online safety bill, introduced in March this year, would place increased responsibility on social media platforms to limit harmful content, although critics say it doesn’t go far enough, and are calling for a far greater proactive approach from the tech companies themselves.

What is needed, though, is a co-ordinated and collaborative response — from governments and law enforcement to tech companies and media outlets — to protect the right to report freely and fairly.