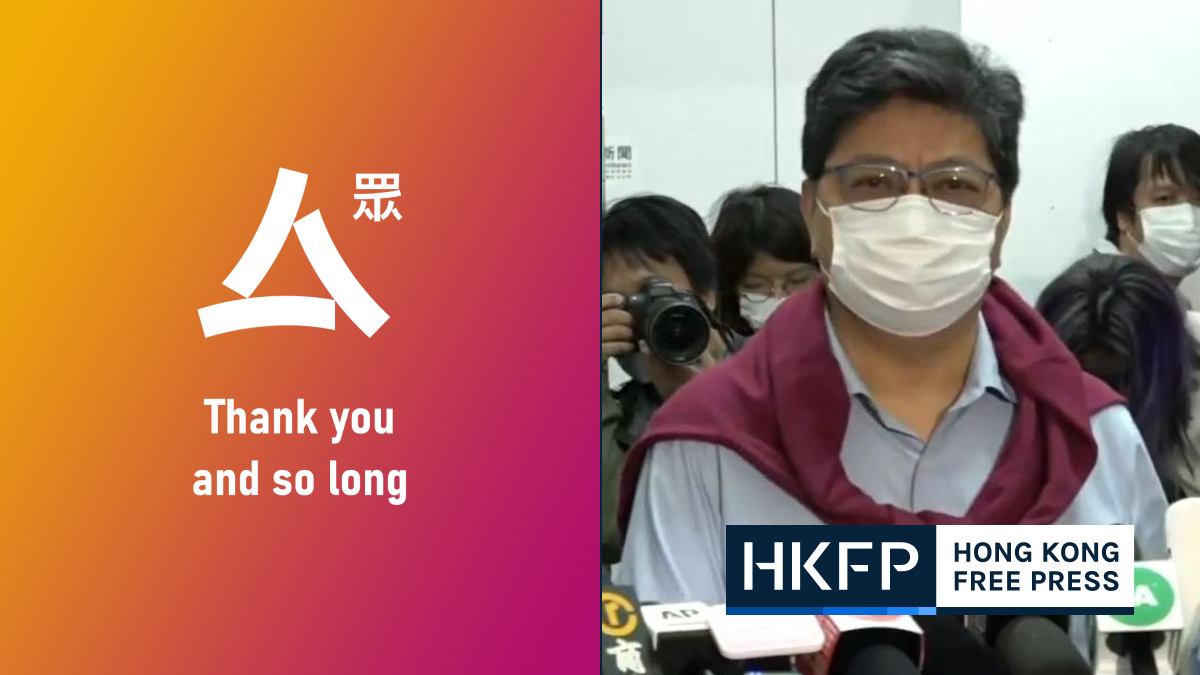 Addressing reporters the morning after the shutdown was announced, Chris Yeung, chief writer of Citizen News, said that the outlet could no longer gauge where the “legal boundaries” were.

“We cannot rule out [the possibility] that our reports or articles in the past few years” have broken laws, Yeung said on Monday.

He added that the outlet had not been approached by law enforcement, but that he heard “directly and indirectly” that online media outlets were being targeted.

Citizen News said on Sunday night that it would be closing to protect the safety of its staff, citing “drastic changes in society and the worsening of the media environment.”

Daisy Li, the outlet’s chief editor, told reporters on Monday that Citizen News’ two nightly episodes – a broadcast by its China news team and a Hong Kong-focused round-up – will air as scheduled. They will be the final episodes of the regular series.

The news website will cease updates on Tuesday, and its team of around 40 staff will be dismissed.

Founded in 2017 on the back of a successful crowdfunding campaign, Citizen News was one of Hong Kong’s few remaining independent media publications. Its financial independence, Yeung said, allowed the outlet to pursue critical investigations into corporate and government wrongdoing.

The outlet has been recognised by journalism bodies for its in-depth coverage. In 2019, Citizen News won two Human Rights Press Awards – one for an interactive piece about the July 21 Yuen Long MTR attack during the protests, and another for an explanatory feature on police officers hiding their identification numbers to allegedly escape accountability.

“If we continue, we can’t report on the news we want to report,” Yeung, formerly the chair of the Hong Kong Journalists Association, said. “There is no other choice but to stop.”

Li, a media veteran who led the online division of Taiwan’s Apple Daily, said she was not confident that she would be able able to lead her team of reporters given the shifting red lines in the media environment.

“We cannot grasp whether a story or an article or a sentence contravenes a law under the newly changed environment,” adding that suspending the outlet is the “responsible decision” to make.

Citizen News is the third outlet to close down in Hong Kong in less than half a year. Last June, pro-democracy newspaper Apple Daily shut after authorities raided its headquarters and arrested top editors and directors. On its last day, Hongkongers across the city queued to buy their final copies of the 26-year-old newspaper.

Last Wednesday, seven people linked to Stand News were arrested in an early morning police operation. The outlet announced in the afternoon that it would shut down, and by 11 p.m., its website and social media pages had been wiped.

In a statement about Stand News’ fate, press group Foreign Correspondents’ Club said: “These actions are a further blow to press freedom in Hong Kong and will continue to chill the media environment in the city following a difficult year for the city’s news outlet.”

Two ex-editors of Stand News – Chung Pui-kuen and Patrick Lam – were charged with allegedly conspiring to publish seditious publications the next day.

On Friday, the justice chief said that foreign criticism of the arrests was a breach of international law. Meanwhile, the city’s Chief Secretary John Lee fired back at an editorial piece written by Wall Street Journal about the Stand News’ shutdown.

“The arrests have nothing to do with the freedom of the press,” Lee wrote, criticising the news agency for “wrongfully” claiming that the charges were “trumped-up” and that the freezing of assets was “without due process.”

The closure of Citizen News and Stand News leaves InMedia Hong Kong as the oldest independent online outlet in Chinese.

Speaking to HKFP on Monday after an oath-taking ceremony for new lawmakers, Tik Chi-yuen – the only non-pro-establishment figure who was elected – said he “expects” the government to explain “their actions.”

He stopped short, however, of saying that the Stand News arrests created a “chilling effect” that led to Citizen News’ decision to close.

In a Monday report about Citizen News’ closure, state-controlled Wen Wei Po called its demise, as well as the fall of Stand News and Apple Daily, “self-inflicted.”

The Communist party mouthpiece also cited an incident in October, when the Security Bureau singled out Citizen News’ article for “misleading” readers. The independent outlet said that Security Secretary Chris Tang had “refused to guarantee” freedom of speech under Article 23 of the Basic Law, which stipulates that the Hong Kong government shall enact laws to prohibit treason, secession, sedition or subversion against the central government.