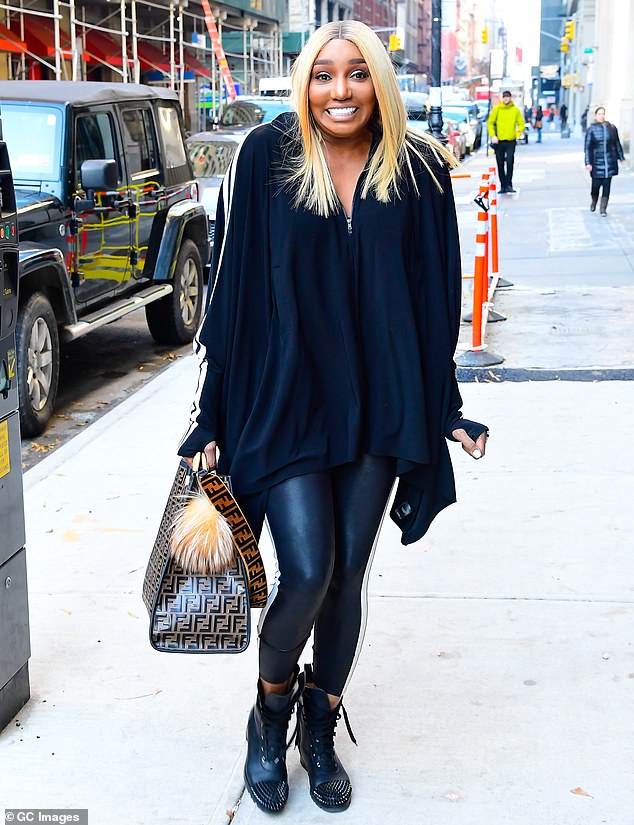 NeNe Leakes is being sued by her current boyfriend’s ex-wife, who claims the former Real Housewives of Atlanta star broke up their marriage.

Malomine Tehmeh-Sioh has alleged in a new lawsuit that Leakes, 54, began her relationship with boyfriend Nyonisela Sioh while he was still married.

In legal documents, Malomine claims that NeNe and Nyonisela’s relationship has caused her emotional distress, mental anguish and loss of affection, TMZ reports.

Lawsuit: NeNe Leakes, 54, is being sued by her boyfriend’s ex-wife for alienation for her alleged role in the breakdown of their marriage. Pictured NY November 2019

Under the criminal law of North Carolina, where the lawsuit was filed, adultery is a misdemeanor, which is defined as when a man and a woman, not being married to each other, associate, sleep and cohabit in an obscene and lascivious manner.

The law of alienation of affection is based on 18th century English common law in which a husband could sue another man for the loss of his wife’s affection.

Women couldn’t sue back then, as they were considered their husband’s property, but now either sex can sue under the law.

Official: The First Wives Club actress and her new pal were first spotted together in December 2021, three months after NeNe’s husband Gregg died of colon cancer at 66

Legal: The Dynasty star is being sued under an 18th century law that allows injured spouses to sue for new love for the breakdown of a marriage. Pictured in Atlanta on June 1, 2022

Malomine is seeking approximately $100,000 in damages according to the lawsuit.

NeNe and the menswear designer were first spotted together in December 2021 in Miami, about three months after NeNe’s husband, Gregg Leakes, died of colon cancer at age 66.

The Dynasty actress posted photos from her birthday on Dec. 15, and her new beau was included in some of the snaps.

Since then, the couple have been in the public eye, attending various events together.

In April, the former RHOA filed her own lawsuit against the companies that produce the Real Housewives shows, claiming they had created a racist work environment.

“NBC, Bravo and True foster a corporate and work culture in which racially insensitive and inappropriate behavior is tolerated – if not encouraged,” the lawsuit alleged.

NeNe alleges she had to endure years of racist remarks from actor Kim Zolciak and her complaints to producers were ignored.