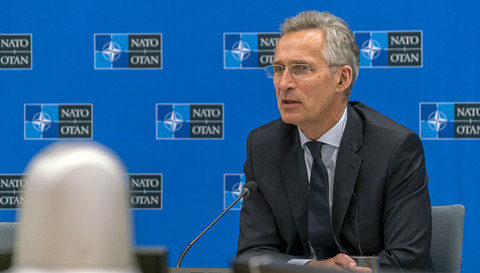 Nato chief Jens Stoltenberg has sought a meeting of the Nato-Russia Council for 12 January, an alliance spokesman said Sunday (26 December), amid heightened tension over Russia’s military build-up around Ukraine.

Russia is considering participating in the meeting, the Tass news agency quoted the Russian foreign ministry as saying on Sunday.

The Nato chief has offered several times in recent months to resume dialogue with Moscow through the council, which was set up in 2002, but which is currently inactive because of the conflict in Ukraine.

The January meeting is the first proposed by Stoltenberg since Moscow made security demands amid its military build-up around Ukraine.

A two-day meeting of the military chiefs of Nato’s 30 member states is scheduled to start the same day in Brussels, AFP reported.

Earlier this month, Moscow presented the West with sweeping security demands, essentially demanding that Nato does not admit new members.

The Kremlin is also seeking to bar the US from establishing new bases in former Soviet republics, including Ukraine, and wants Nato to roll back its military deployments in central and eastern Europe.

The Western allies have so far refused to offer Russia the kind of guarantees it seeks, but agreed to launch talks. The new German chancellor, Scholz, has also emphasised the need for dialogue with Russia.

Moscow, at the same time, denies that it is planning to invade Ukraine.

On Saturday, the Interfax news agency reported that more than 10,000 Russian troops have been returning to their permanent bases after month-long drills near Ukraine.

Last Thursday, Stoltenberg reaffirmed his support for Ukraine against the military build-up across the border in Russia.

Nato has consistently denounced Russia’s 2014 annexation of Crimea from Ukraine.

Russia has also accused Ukraine of drawing up plans to try to reclaim control of the territories held by Moscow-backed rebels by force. Kyiv rejected the claim.

Russian present Vladimir Putin’s spokesman Dmitry Peskov warned over the weekend that a Ukrainian offensive against the rebel-held territories would entail “grave consequences” for Ukraine’s statehood.

Putin, for his part, said on Sunday, that he would consider different options if the West failed to meet his push for security guarantees.

He urged the West to move quickly to meet his conditions, warning that Moscow will have to take “adequate military-technical measures” if the West continued its “aggressive” course “on the threshold of our home,” AP reported.

Putin said that options “could be diverse,” adding in comments aired by Russian state TV on Sunday that “it will depend on what proposals our military experts submit to me.”

Putin said Russia submitted the demands in the hope of a constructive answer from the West.

“We didn’t do it just to see it blocked … but for the purpose of reaching a negotiated diplomatic result that would be fixed in legally binding documents,” Putin said.

He said Nato membership for Ukraine was a red line for Moscow and that Russia will stop it.

He also said Western allies could try to drag out the security talks and use them as a cover to pursue a military buildup near Russia.