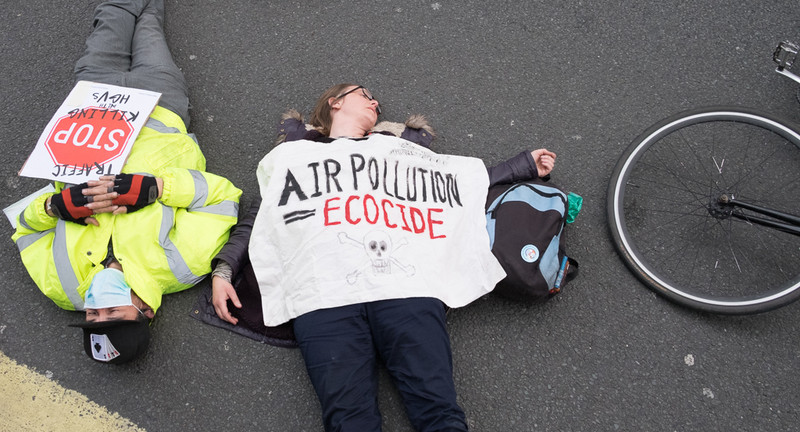 “EU member states must fully and properly apply the environmental rules we already have without any further delay … as non-compliance costs €55bn per year,” the EU commissioner for environment Virginijus Sinkevičius warned on Thursday (8 September).

The commission’s third report on the implementation of environmental policy revealed that there is already an investment gap of up to €110bn per year to back up the green transition.

Meanwhile, biodiversity in the EU continues to decline, air pollution is still at dangerous levels in many member states and the status of water bodies and drinking water remains a source of concern.

“Climate adaptation efforts in each country and at EU level need to be urgently intensified,” Sinkevičius added.

The commission noted that 25 EU member states still need to define conservation objectives and complete the designation of protected areas under Natura 2000 to improve the alarming status of vulnerable habitats and species in the bloc.

Brussels also raised concerns over emissions trends of air pollutants in all member states, and their impact on health and the economy.

While the EU set legally-binding air quality standards to tackle air pollution in 2015, the vast majority of the population in Europe is still exposed to air-pollutant concentrations above the international air quality guidelines set by the World Health Organization.

There are currently ongoing infringement procedures against 18 member states, for failing to implement current EU air quality rules — including referrals to the EU Court of Justice against Romania, Greece, Malta, Italy, and Austria.

It is estimated that reducing air pollution to WHO-recommended levels in the EU could prevent 51,213 premature deaths each year.

The lack of proper implementation of drinking water rules and the fact that wastewater is not properly treated before being released into the environment in many EU countries was also highlighted by the commission report.

The EU executive also said that more action is needed to reduce waste and improve the recyclability of, for example, plastics, construction materials and textiles.