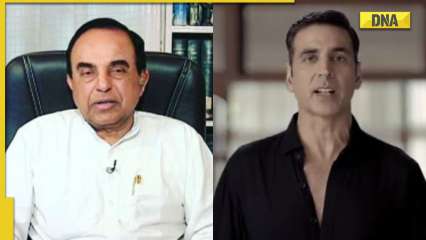 Bollywood star Akshay Kumar is in trouble again as BJP leader Subramanian Swamy said he will sue the actor for “faking the portrayal of the Ram Setu issue” in his upcoming film Ram Setu, along with the makers.

On Friday, Subramanian tweeted: “The compensation lawsuit has been closed by my associate Satya Sabharwal Adv. I am suing Akshay Kumar, actor and Karma Media for damages caused by falsifying the portrayal of the Ram Setu issue in their film for release.”

Compensation lawsuit has been completed by my associate Satya Sabharwal Adv. I am suing Akshay Kumar, actor & Karma Media for damages caused by falsifying the portrayal of the Ram Setu issue in their film for release. — Subramanian Swamy (@Swamy39) July 29, 2022

In another tweet, he said: “If actor Akshay Kumar is a foreign citizen, we can ask that he be arrested and expelled from his adopted country.”

Kumar’s certificate of honor has already gone viral on social media and his fans are bragging about it. Instant Bollywood shared a glimpse of the tax certificate with a post that reads: “@akshaykumar receives a Samman Patra from the Income Tax Department to be named top taxpayer again in 2022.”

Kumar was last seen in the lackluster Prithviraj, and he has a great many films. The list includes Raksha Bandhan (the next major release), Selfiee, Ram Setu, Bade Miyan Chote Miya, Gorkha and Oh My God 2. Recently Akshay was a guest on Karan Johar’s Koffee With Karan Season 7 with Samantha Ruth Prabhu, and he told that actors were afraid to make movies with two heroes.

In the episode, Karan Johar asked Akshay Kumar about pan-Indian movies that got love from the masses. Akshay Kumar said that Hindi cinema actors are afraid to make ‘Two heroes, three heroes movies’, ‘don’t think that’s happening in the south’. For the inexperienced, Akshay Kumar was seen with Samantha in his arms, and when Karan joked about it to Samantha, she said, “I’m not even complaining about it.”